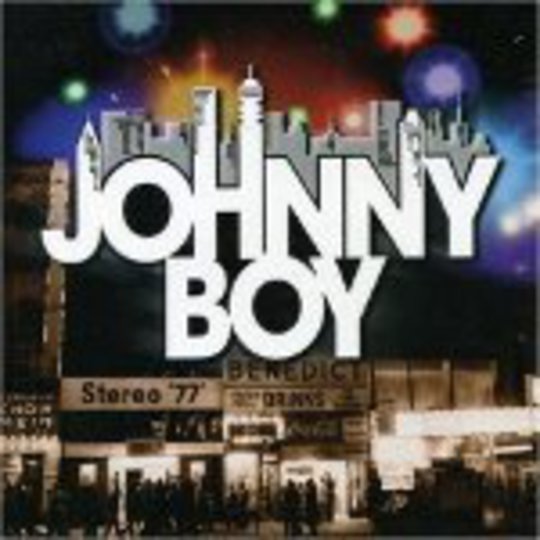 Back in 2004 Johnny Boy released the wonderfully-titled single_ ‘You Are The Generation That Bought More Shoes And You Get What You Deserve’_. Corralling ‘60s girl-group pop, John Barry orchestration and a passionate attack on consumerism, Johnny Boy had constructed their very own Wall of Sound™. Knowingly retro, but with enough contemporary resonance, they sidestepped pastiche pit-falls to produce something fresher than just-spilt blood. The music press duly exhausted their big book of superlatives in an attempt to describe the Johnny Boy sound. This was something special.

And then, for the next three years, nothing – where others would have rushed to capitalise on the effusive reviews, Johnny Boy, through a combination of circumstance and working methods, took their sweet time. But, at last it’s here: Johnny Boy, the album. Given the prolonged gestation period it seems only fair to expect a brilliantly honed and executed affair. And though that’s largely what we get, there is no escaping the fact that, amongst the eight new compositions, there is nothing here to equal the stratosphere scraping euphoria of ‘You Are The Generation…’.

Placed at the beginning of the album, the positioning of their standout track has the effect of making the rest of the record feel like an ever so gradual descent, albeit one in which we encounter a few other heady peaks. The attack on materialism is a unifying theme throughout the record. Sounding like Bacharach at his lounge-lizard best, ‘Wall Street’ takes us to task for equating what we own with who we are. Brooding over similar sentiments, ‘War On Want’ finds Lolly Hayes coquettishly murmur, “don’t want a home, don’t want a car… I don’t need these things to make me happy”.

And yet, even whilst they’re lambasting modern society, Johnny Boy sound like they’re having a blast. ‘Fifteen Minutes’ creates a glorious cacophony from electronic computer squiggles and the serrated guitar playing of Davo, whilst ‘Livin’ In The City’ is a big-beat explosion that perfectly captures the vibrancy of life in the Big Smoke. Produced by Dave Eringa, Johnny Boy has a quality finish, rich and satisfying. In ‘Springer’, ethereal voices are borne aloft a wave of pensive keys, skew-whiff electronica and sweetly meandering acoustic guitar, creating a world of phantoms and dark corners.

Occasionally, however, the sheer diversity in sound proves a little overwhelming. ‘All Exits Final’ and ‘Bonnie Parker’s 115th Dream’ try to make amends for a lack of central melodies by assaulting us with a wash of kaleidoscopic fuzz-pop. Much better is ‘Formaldehyde (Last Words of Lottery Loser)’; it’s their most out-and-out rock moment, a pitched battle between Hayes’ voice and Davo’s guitar. The closing ‘Johnny Boy Theme’ takes us back to where we began, a triumphal march of Spector-styled pop, big, brash and bewitching.

Usurped by expectation, Johnny Boy could never have delivered an album as consistently brilliant as ‘You Are The Generation…’. That they’ve even come close is cause enough for celebration.

The Shins at The Orpheum, Los Angeles, California, Sun 15 Apr