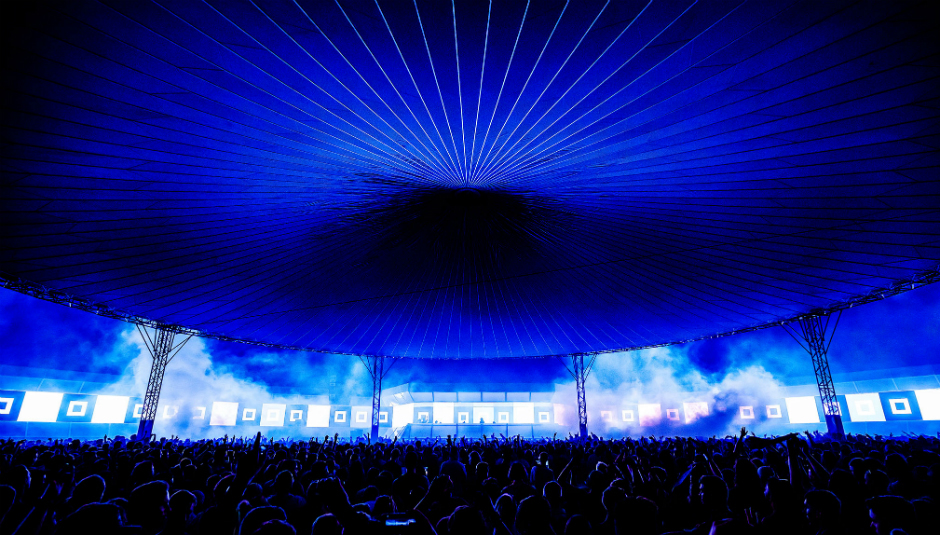 Arriving at Dekmantel festival on Friday at 2pm in Amsterdamse Bos, a park near Amsterdam, one thing is clear: festivalgoers came early. It has been a trademark of Dekmantel for the past year or two. While most festivals tend to give the opening slots to DJs which are still very early in their career, leaving the prime time to headliners, Dekmantel has been playing with those rules, and offers a mix of renowned DJs and rising stars from start to finish, without any place for fillers.

What has changed is the kind of crowd that one can now expect at the festival. The large amount of festival wear, similar haircuts, costumes and coordinated outfits, the early (and heavy) drinking and the clear lack of sunscreen make it pretty clear: the crowd is predominantly British. I hear rumors that only 20% of tickets were sold in the UK but the British presence definitely feels overwhelming. Is there something intrinsically bad about it? Absolutely not. However, I know from experience that the Dutch festival culture is really unique, and indubitably tied to the attitude of the Dutch crowd. I can't help but feel that the obvious lack of locals on site (except behind the bar and backstage) deprives festivalgoers of the full Dutch experience; it seems that the event could benefit from reducing its size (or maintaining the current one), or selling physical tickets in local stores. 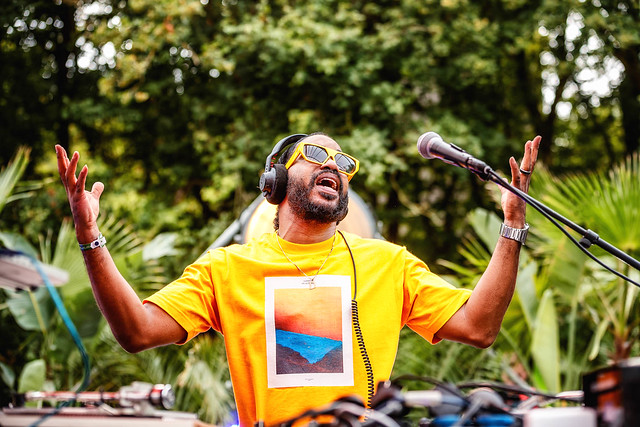 For better or worse, Dekmantel isn't just a Dutch festival anymore, it's an international one. How this will precisely affect the festival is still hard to figure out. For example, there has been a lot of interest in recent years for sustainable and eco-conscious festivals (as exemplified by conferences such as ADE Green). It's possible that this type of awareness within the Dutch scene is the reason why Dekmantel decided to offer free tubes to collect cigarettes butts, and encourage festivalgoers to keep the Amsterdamse Bos park clean. It's hard to tell whether it was actually effective, although it was probably in a much better state than London parks find themselves in after similar events.

The line-up in the early afternoon is so enticing that we gladly brave the heatwave on Friday. The Greenhouse turns into an unbearable sauna that we end up avoiding, despite the quality of the extended sets of Clara 3000 and John Talabot. Everyone is looking for shade on the main stage during Or:la's opening house set, followed by stellar house from Shanti Celeste. Only a few brave English lads, armed with Dutch courage, dare to venture in front of the stage, unfazed by their severely sunburnt skins. The main stage is much bigger and lower than last year, offering some proximity to the DJs while allowing bands to perform, in-between a line of screens which provides a visual show all day and during the evening. At the new experimental techno stage, UFO2, the lifesaving ventilation behind the decks and in front of the tube-shaped stage makes the temperature perfectly bearable during Woody and Elena Colombi. 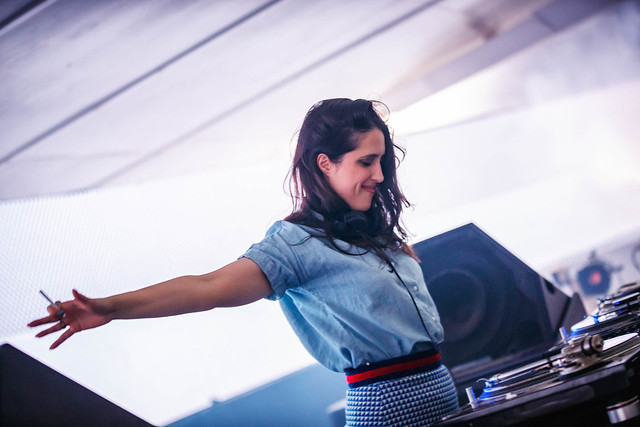 The three days of the festival unfold with some quite incredible performances. On Friday, Clark brings two dancers to the techno stage for a beautiful rendition of his album Death Peaks, with flawless coordinated choreographies in front of an impressive light show. At the end of the day, the main stage opens for a live performance of Orbital, that we leave midway through to rush to the Greenhouse and Thundercat's soulful voice. On Saturday, Steffi kicks off the main stage, mixing in front of the creative visuals of Bob Roijen. The light shows are a feast for the eyes all day, and continue in the evening during Mount Kimbie and Four Tet. The Greenhouse is once again one of the most appealing stages of the day, with a live performance from Insanlar and a hybrid live/dj set from Dam Funk. Carista shines in the Boiler Room and brings the roof down with a careful selection of UK Garage and house, while Maceo Plex (under his lesser known alias Mariel Ito) plays an underwhelming tech house set in UFO2, but the experimental techno stage restores its dignity a few hours later, when DJ Stingray brings the kind of dark, sweaty techno vibe that you would expect from a basement rave. DJ Bone and LSD closes the techno stage UFO with a superb light show. 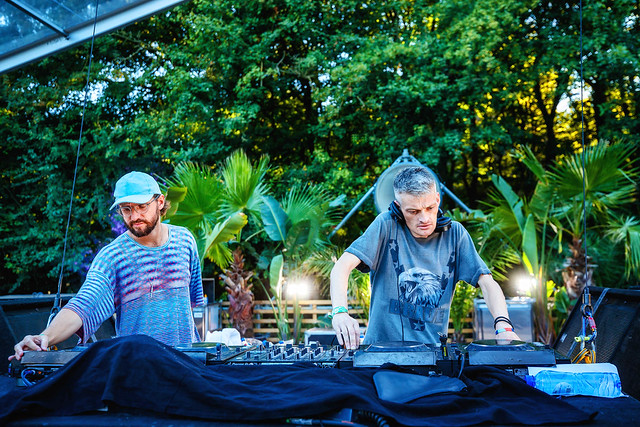 On Sunday, The Bug is on a mission to melt everyone's faces with a dub and bass-heavy live set in the Greenhouse, whose structure is menacingly shaking; the staff struggle to keep the sound system in place as the bass makes it dangerously vibrate. Jumping from left to right, Miss Red showcases her talent as an MC, rapping over the heavy bass. The music pierces our earplugs and forces everyone to step back. There is no time to rest, as Special Request & Source Direct take over with a high BPM UK bass set. No time to breath, as we then head to Helena Hauff, who closes the main stage with her trademark blend of high energy electro and techno, in front of a line of screens acting as strobes, for the pleasure of an ecstatic crowd.

With festivals, the date and location matter as much as the line-up and the organization. Dekmantel is acknowledging this year that the festival happens concurrently with Amsterdam's Pride, but quite a lot of festivalgoers didn't wait for the Dekmantel Pride pins to show their support for Amsterdam's queer community: Choose Love and Dance With Pride t-shirts alongside rainbow flags are a common sight. The crowd of the festival on Sunday is notably less straight and male, contributing to a more inclusive atmosphere and a better representation of Amsterdam's nightlife on the festival site. 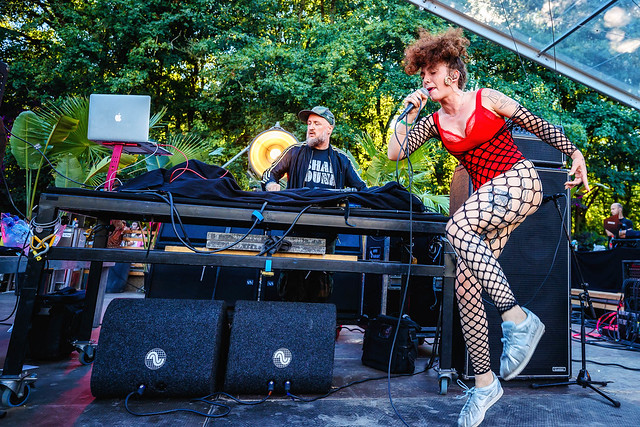 It is important to point out that Amsterdam is a city which though small in size and population, has a very vibrant dance music scene. Because of that, major events such as Dekmantel and Pride temporarily reshape the local scene. Tourism is at its peak, and affects the daily life of Amsterdammers, who see their cycling skills being tested by the large amount of broken glass in the street... or drunken tourists. Bars and clubs capitalize on this by organizing parties which cater to tourists; on top of the multiple Dekmantel afterparties at Shelter and Radion, Amsterdam clubs take advantage of the presence of a lot of international DJs in town to craft stellar line-ups. Knowing that I spent the past three editions of Dekmantel skipping every single afterparty in favour of the comfort of my bed, I decide this year to break the streak by attending the Dance With Pride fundraiser at Noorderschip, and head straight to De School for a late Sunday service after the end of Dekmantel. The performances of The Bug & Miss Red, Source Direct & Special Request, Goldie & DJ Randall, Powder, Objekt, Joy Orbison and Helena Hauff, and the DJ sets of Izabel, upsammy and CEM at De School echo to each other, and resurrect for a day and night the golden era of the Belgian and UK electronic music scene, aka the 90s and the mid-2000s, with an impressive selection of UK Garage, DnB, breakbeat, electro, gabber, and dubstep bangers. Techno might be taking over the electronic music scene at the moment, but there is still some hope that other genres will soon bring a bit more diversity to Europe's line-ups.

On a final note, it's important to stress Dekmantel's ability to bring to life legendary back-to-back DJ sets. Helena Hauff with DJ Stingray at UFO in 2016 was already one for the ages, Objekt with Call Super at Selectors in 2017 was a transcendent experience, but Source Direct & Special Request at the Greenhouse reaches a level of chemistry and craftsmanship that should be beyond human reach. I honestly don't know how it is possible to top that but again, I've said the same thing for the past two years, and I've been proven wrong twice.

Dekamantel takes place in Amsterdam every August. For more information about the festival, including dates and info about the 2019 edition, please visit their official website.