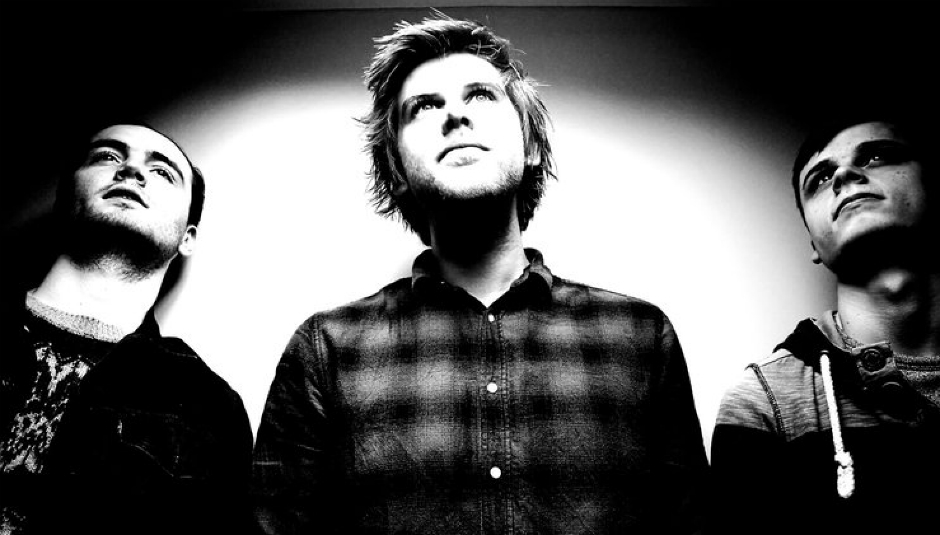 Hands down one of the most forward-moving alternative rock prospects in Ireland at the moment, Tethers are a band whose intricate and propulsive craft deftly filters the imprint of fellow Northern Irish riff-slingers Jetplane Landing, Vertigo of Bliss-era Biffy Clyro and Dischord mainstays such as Faraquet. In truth, though, their sound - both instinctive and deceptively complex - is one all their own.

Hot on the heels of the release of their wonderfully tangential debut EP Skinwalker, Zach Trouton from the band talks to DiS about process, prog influence, the precedence of energy, the scene and the imminent future of the band.

DiS: Take us back to the very beginning of Tethers. When were the seeds first sown for the project?

Zach Trouton: Myself and Dane (bass) have played music together since we were teenagers. I had returned home from university in Cardiff with a musical hole to fill, and so the two of us got together to write songs. I think it was in 2016 when we asked my younger brother Danny to add the drum parts, a year or two into our existence. We didn’t have a name or anything, just a couple of songs. Danny recorded our first demos with us before moving to London. I soon heard of Ali through mutual friends and had heard he was a great drummer so just asked him if he’d like to play with us.

Self-released via Swallow Song Records, you’ve recently released your debut Skinwalker EP. Was there a specific songwriting process at play here, or did you all get in a room and just blast it out until full songs came together?

Dane and I would get together to write the music first, I would then write the vocals, then the drums were added. The majority of the songs were written before Ali even joined the band, so there was an intense learning period for him when he joined. I think the first thing he did with the band was record the EP, which was no easy task. These days the writing process is less controlled and the drums are at the forefront of the writing process, which we love.

The EP's lead single was the stellar ‘Television Dreams of Human Beings’. Lyrically, what is the track about?

‘Television Dreams...’ is our attempt at a pop song ( it had the working title 'Hit'). I remember when I wrote the music for it it all came out in one go. However I had to drag the lyrics out kicking and screaming. At the time of writing I was on a sci-fi binge consisting of Blade Runner, Ghost in the Shell, Ergo Proxy, Psycho-Pass etc. so much of the lyrics are informed by recurring themes of alienation, postmodernism and popular culture. The 'Television' in the song is a character that longs for imperfection, in contrast to the perfect world it portrays.

Your music has recently been compared to (we suspect, early) Biffy Clyro and Jetplane Landing, but which influences do you think have made the biggest imprint on your sound?

I haven’t really listened to both of those bands in years but goes to show you can’t escape your early influences! As for biggest imprint on our sound, I’d have to say Nine Inch Nails, At The Drive-In, 70s prog stuff (Rush, ELP) and a lot of Jazz like Christian Scott and Takuya Kuroda. Dane is into mad stuff like Dillinger Escape Plan and Ali is Toto’s number one fan.

The EP was mainly recorded with Chris Ryan of Robocobra Quartet. Why did you opt for him and how was the recording experience?

I had met Chris through playing in Isobel Anderson’s band. Tethers were looking to record our EP and I knew he produced albums so I sent him a demo and asked if he would be interested. He was! And so we hatched a plan to record it. We ended up recording it live in my parents’ house last summer when they were on holiday. We set up a studio in the house and blasted the tunes out over the course of a couple of evenings. I then went round to his house to record the vocals. My favourite recording experience to date.

Skinwalker nicely straddles the line between math rock and straight-up alt-rock. Are you concerned with how you’re labelled as a band, or does straight up “rock” band (which, let’s face it, is often the most apt descriptor) suffice?

Glad you think so! Yep, we’re happy with just ‘rock’ band. It would be silly of us to completely avoid the ‘math-rock’ label, but it’s not really what we’re trying to do. All we care about is energy.

Belfast, and Northern Ireland generally, is doing some great things music-wise at the minute. What're your thoughts on the scene there at the moment? Has it changed much in the last five years?

It’s great to see a new generation of bands directly inspired by the ‘A Little Solidarity’ era playing alongside the bands that inspired them, and of course brand new acts too. I think it would be naive to mourn that by-gone era though. A few years ago it felt that Belfast was losing its edge and favouring a more London-influenced slick, polished sound, but groups like Dandy’s Loft and Robocobra Quartet show that you can push the boat out without losing the grit that Belfast is known for. Belfast, and Northern Ireland generally, is known for its quality music. I love that.

Which bands are catching your ear, in both Northern Ireland and further afield?

Locally, I’m a fan of Dandy’s Loft from Lurgan and Just Mustard from Dundalk. On a broader scale, I love the Irish/American traditional supergroup The Olllam featuring Belfast piper John McSherry. I bought their debut album when it came out a year or two ago and I still listen to it at least once a week. Amazing stuff, check it out.

You’re also a member of NI three-piece TRÚ and involved with Tokyo post-rock band Mouse On The Keys. Tell us more about recent happenings with those projects.

Mouse On The Keys are a mostly instrumental jazz-rock trio from Tokyo. Bizarrely, and entirely over email, I happened to co-write the opening track ‘Clarity’ on their new album and sing on it with my group M'ANAM, a new project born of the cultural phenomenon of ANÚNA who I've been singing with for seven years.

Back in February 2017, ANÚNA performed for more than 2,000 people at Orchard Hall, Tokyo. I made a video of that amazing experience in Japan, just for myself, and used the Mouse On The Keys’ track 'Earache' as the soundtrack. On a whim, I sent the group the video through their website and asked if I could post the video to YouTube with their song. I didn't expect them to reply, but they did. And politely declined... ha! We stayed in touch and a year later the idea of a collaboration arose. ‘Clarity’ is the result - a choral piece, over a jazz-electro-rock track, on a Japanese album, in the Irish language, released worldwide. Mad.

TRÚ is a folk trio with an eclectic musical heritage, consisting of Michael Mormecha, Dónal Kearney and myself. We swap between drums, guitar, keyboards and flutes and all sing. Our brand new single ‘The Ballad of Ellie Hanley/Cailín Bán’ is soon set for release and there will be gigs around Ireland to promote it.

Looking ahead to the next few months with Tethers, what is your plan of action in terms of new single(s), playing shows and more?

We have one more single from Skinwalker coming out in August with a few Irish shows booked that we should be announcing soon, plus a video. We’re working on new material as well - trucking away so to speak!

Skinwalker is out now via Swallow Song Records. For more information about Tethers, please visit their Badcamp page.