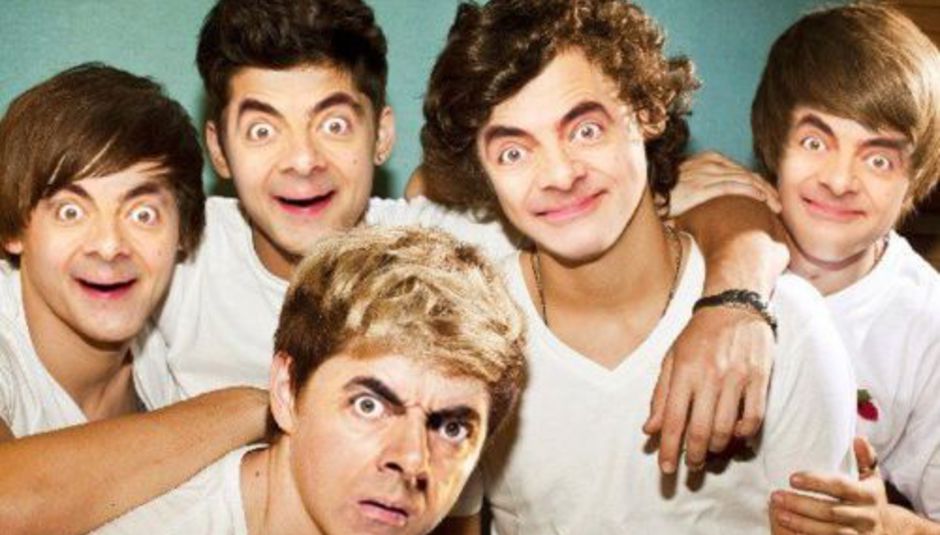 In a week that DiS posted legends Johnny Marr & Nile Rodgers in conversation, launched a new News Digest column, reviewed the Blur 21st Anniversary re-issues and someone started a reader poll to find DiS' favourite album, oh and Team GB (does anyone else hear this as Team Gerbil every single time someone says it?) won some medals at the olympics... we bring you the best stuff in DiS' inbox, in a handy digest that you can ingest on Friday at your desk or spend a little bit of 'weekend downtime' getting better acquainted with it...

Over on Drowned in Sound's YouTube page we are slowly publishing sessions and interviews which took place in the DiS cabin at Latitude. We didn't wanna rush them all up in one big splurge, partly so that each one gets a little bit of time in the sun, and also because it's a whole year until the next Latitude happens, so there really is no rush. Slow down. Have a Vimto... Amongst the likes of Yeasayer showing us their bass, Sharon Van Etten singing us songs and Josh T. Pearson telling some BJ jokes, there's this short but super-sweet session with Mike Hadreas (aka Perfume Genius). He picked up a vintage keyboard we had laying around and after a few nob switches, he began to sing us this wonderful downbeat reworking of Madonna’s ‘Oh Father’. Goosebumps abounded, and now you can get some too:

Earlier this year, DiS introduced you to Halls, in a rare DiScover feature (our 'new music' coverage is rare, because truly special 'new music' doesn't come around all that often). This first taster of his forthcoming album Ark, which is set for release on October 13th via No Pain in Pop (pre-order your copy, here). 'White Chalk' isn't a PJ Harvey cover but it is a slight but also slightly dizzying track (much like the Polly Jean track, but no, it still isn't that!). I guess it's less of a hall and more a corridor in a palace lined with giant stain-glass windows and enormous pictures of ships being flung into the rocks... There is what sounds like a choir of monks, accompanying a piano made of frozen tears and every so often this strange sense of a warm sunset of hope descends. There's also a submarine depth charge right at the start and the elegant beat of a 'dubstep drum'. And yet, it isn't as 'lovely' as any of that might make it seem...

A little while ago, Halls played a DiS event, and the chaps from BeatCast whipped out a camera and I had a chat with him about making music and recording Ark... In a few weeks time we'll have full footage from this show, which was so much more intense (in a Joy Division-gone-post-dubstep kinda way) than you'd expect from listening to him/them on record.

Grizzly Bear have always dealt in a glistening gloom which is buried or perhaps offset by the sun glimmering on the drizzle-sprinkled earth. They never wallop you around the head and dry to drag you back to their cave. Their songs would never grrrr or snarl or bite. Gnarly Butterfly would probably be a far better name for these chaps from Brooklyn... ok, so I admit in doing a name change like that, that the I'm-a-large-homosexual-gentleman-with-a-beard double-speak would be lost, but then most people seem to mistake it for a nice cuddly cartoon of name anyway.

Whilst first impressions with their name may be deceptive, so too is the gentle meandering sugar-coated exterior which greets us at the start of 'Yet Again'. As the song drifts upstream to its climax, something happens, and the glacial stream suddenly becomes a white water ride, filled with jagged rocks and as the lights dim, you're left a little confounded. If music doesn't take you on a journey like that, what's the point of music? This is as wondrous as its lyrics suggest and if this is a taster of what's to come on Shields (released Sept 17/18th) then strap a meat dress on me and send me out into the forest so I can kneel down and be engorged by more gorgeousity...

If you were not one of the half a million people who've already played 'Sleeping Ute' because you missed it when the band shared it a few weeks ago (don't worry, it happens to the best of us in these blink-and-you-miss-the-backlash times we're living in), miss out no more:

Kids these days with their wacky names. As summer-kissed, potential-skate-vid music goes, this skittering dose of Vampy Wkd vitamin D infused Walkmen-ish, Clap Your Handsy indie-rock ain't half bad. Wouldn't be shocked it if had a video that involved someone swinging from a chandelier.

Yes, Biffy are back! We've loved them long-time, waaaay before the X Factor furore and their major label ascent to stadium-bothering stardom. In fact, did you know, they once did a DiS tour with Reuben "back in the day"? Now you know. Anyhoo, yes, the Scottish red-headed brothers and that everyone-has-a-crush-on-him singer are b-b-back and they have a new album entitled Opposites on the release schedule... Yes, they are still cramming four songs into one verse and, yes-yes, they are managing to keep the brit-rock dream alive... Hold up! What the helicopter are those bagpipes all about?

The Field's Looping State of Mind Remixe EP just 'dropped' via Kompakt. Blondes have done what Blondes do when they do a remix, and taken something so striking and defined and defiantly The Field (those thrumming low-hums that build one pixel at a time) and turned it into a euphoric tower of power. If there's one band that can basically ignore the song they're remixing, using it more as potato for their spud gun, then it's these two chaps known as Blondes. It makes you realise quite how pointless and unimagative 95% of the remixes that hit DiS' inbox each week are, as they add a thud and a hiss to something graceful or turn something humungous into a teeny-tiny tear-drop of a song, but rarely do people manage to turn a hospital into a hospitable environment. Yeah, you know what I mean? Or at least you might when you bash the play button, which totally negates everything that I'm saying as soon as you hit it. I mean, who am I fooling, you're not actually reading this, you just came here for the play buttons, not my Lorem ipsum dolor sit amet, consectetur adipiscing elit. Suspendisse consectetur nunc nibh, ornare accumsan massa. Sed pharetra imperdiet mollis. Aenean accumsan tincidunt eros, ac lobortis nisl gravida eu. Vivamus ac nisi metus, a mollis tellus. Vestibulum quis lacus at lectus venenatis lacinia id non massa. Suspendisse fermentum, libero a pharetra bibendum, quam ipsum sodales libero, ut gravida orci mi commodo odio. Nam est turpis, interdum et rhoncus mattis, gravida et purus. Donec lorem eros, consectetur et mattis at, pulvinar nec erat. Sed et orci at lorem scelerisque fringilla. Curabitur ornare cursus tempus. Nullam ultrices ornare nulla, ut blandit lacus interdum vel. Nunc iaculis dui at nulla porttitor vel fermentum massa scelerisque. Suspendisse arcu enim, eleifend ut vestibulum sit amet, varius nec nisl. Praesent accumsan sapien vitae eros cursus sit amet feugiat orci pretium.

Included this in DiS' on the Stereo column for July (which this Weekend Listening column sort of alternates with... there are no rules! I don't even believe in gravity!) and fuck you if you don't think I'm including it again this week. It's a gorgeous heap upon heap upon heap of majesty. Fuck you if you think I only like them because they were on the olympics. Fuck you if you come see me DJ over the next few months, as I'll be playing this and you'll have to listen to all of it, from start to finish, and then you'll forget what it is and have to sheepishly come up and ask and I'll tell you, and we'll smile, and you'll run away again, and that will be it, the end of our brief encounter, and you won't even know my name... And then, years from now, I will stop writing and then, and then you will listen to it and realise I was right to include it again...

Ikonika gets a lot of love on the DiS boards. She's slid out this new EP on her own Hum + Buzz imprint. I'm not sure I've seen nearly enough people chatting about it, and I'm sure as hell spending some time getting lost in this, this weekend (whilst watching sports, obvs!)

If that isn't enough for you, check out our latest Moving Pictures column, which features the best music videos of the year so far. or hit up Drowned in Sound's YouTube page for sessions and stuff.