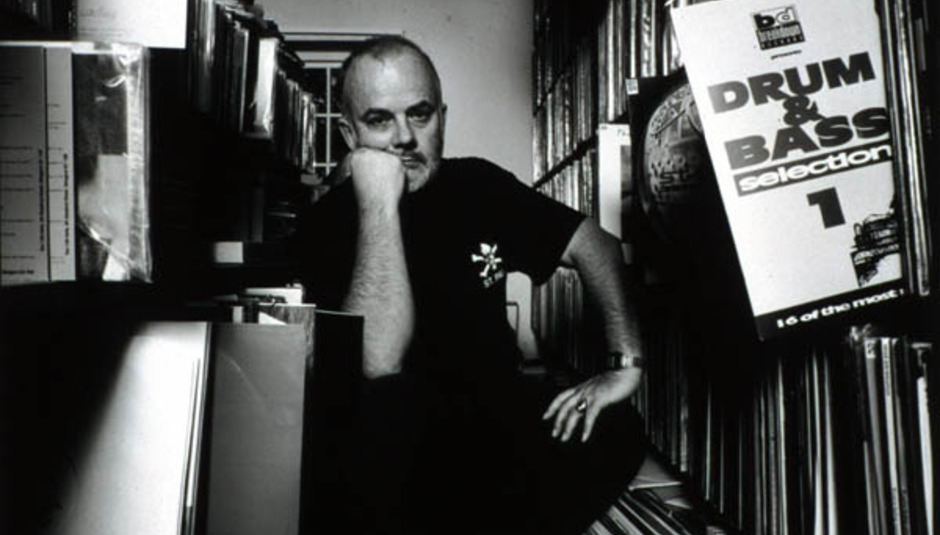 The Who’s Pete Townshend will give the inaugural John Peel Lecture tonight at the Radio Festival in Salford, with the event to be broadcast live on BBC 6 Music.

His topic will be: ‘Can John Peelism survive the Internet? In an age of free downloads and a disposable attitude to music, can creative people earn a living, and without radio how can the "unpolished" music that John Peel championed find an audience?’

Ahead of the lecture, Drowned in Sound spoke to the 6 Music editor, Paul Rodgers, and Janice Long, one of Peel’s former colleagues, to open the debate.

Rodgers explained that Townshend will be: “looking at how technology affects the value – in the broadest sense of the word – of the music that we make and consume.”

He also spoke about the role of radio in continuing to find and champion new music in the face of online competition:

“I think it’s an environment which we have to share, but that radio is a part of. I think there’s definitely a role for a kind of curatorial presence, like John Peel had. Someone who presents music to you because they think it’s good, or they think it’s valuable, or just that you might like it. Something that has human judgment involved in it rather than algorithmic judgment… of course, the internet has its own curatorial properties, and you’d regard Drowned in Sound as one of those.”

Asked whether the focus on ‘new music’ shows can contribute to a climate of neophilia, where bands are not allowed the time and space to develop, he said:

“Absolutely, and one way of addressing that is for bands to have music champions, isn’t it? For broadcasters, presenters, bloggers, journalists, wherever it comes from, to see something that they think is important and put their money where their mouth is, and keep talking about it.”

On why John Peel lends his name to the lecture, he said:

“The reason John Peel is being commemorated is that when you think of John Peel you think of a set of values: curiosity, open-mindedness, being ground-breaking and sharing things as well. That’s what we want to explore in the lecture, and that’s what we’ve asked Pete Townshend to think about… John is a role model for a lot of the broadcasters at 6 Music, and his ethos does inform a lot of what this station does. You can hear in our broadcasters not just that they’re exploring the sort of values of John Peel and his spirit, but you can hear that a lot of their taste was probably created by listening to John Peel.”

Janice Long, who co-hosted Top of the Pops alongside Peel on many occasions during the 80s, argued that Peel would love the new opportunities to find rare music that the internet provides:

“I think what is happening now is incredibly exciting. I think John Peel would be chuffed to bits, in his sardonic way. I think he would love the fact that there are more opportunities to discover new talent… There’s lots of different Peels now. The listener can be a Peelie. They’re not just being served stuff – you know, ‘the public wants what the public gets’ – the public now can actually search around and send stuff to people like me, or anyone who is interested in finding new sounds.”

She disagreed that the increase in choices available to music listeners now means that people are less likely to put up with unusual and challenging material:

“Those people that get stuck in their comfort zones will probably always have done that… We all know that about John Peel. There were tracks that were absolutely amazing, and then you’d hear something you didn’t like, but you’d know that in three minutes time something else would come along… There are people who listen to Magic and Heart and all that toss. I couldn’t listen to that if my life depended on it, but most of the people I know are prepared to put up with something that they might not like but know that possibly in the next hour they’ll be three great things that they really like. I think the public are patronised sometimes, and it can be quite condescending. We should all be allowed to make our own minds up, shouldn’t we? If you’re not going to like a certain thing then you’ll be listening to those stations that bore the pants off me.”

On her favourite memories of working with Peel, she said:

“He was a huge fan of Sheena Easton. I smuggled her into Radio 1 and had her hide in his studio. She went ‘surprise’ when he came in and he was absolutely thrilled to bits. He adored Sheena Easton.”

She also reminisced about Peel’s irreverent presenting style on Top of the Pops. After a David Cassidy performance she told the audience that she’d “had him on my bedroom wall”. Peel added: “That seems to indicate a degree of agility I didn’t believe you capable of, Janice.”

“There were quite a few like that. There was one where the public complained about Peelie saying that if Sinful by Pete Wylie ‘doesn’t make Number One I’m going to come round and break wind in your kitchen’ and I just burst out laughing. All these letters came in to Points of View complaining about him, and about me for being irresponsible for laughing at him! Michael Hurll, the director, said ‘Can you do something like that this week? We like it when you’re naughty!’ We were being encouraged to be slightly controversial.”

BBC 6 Music will broadcast the inaugural John Peel Lecture by Pete Townshend tonight, Monday October 31 2011, from 7pm. It will also be available via the BBC Red Button.