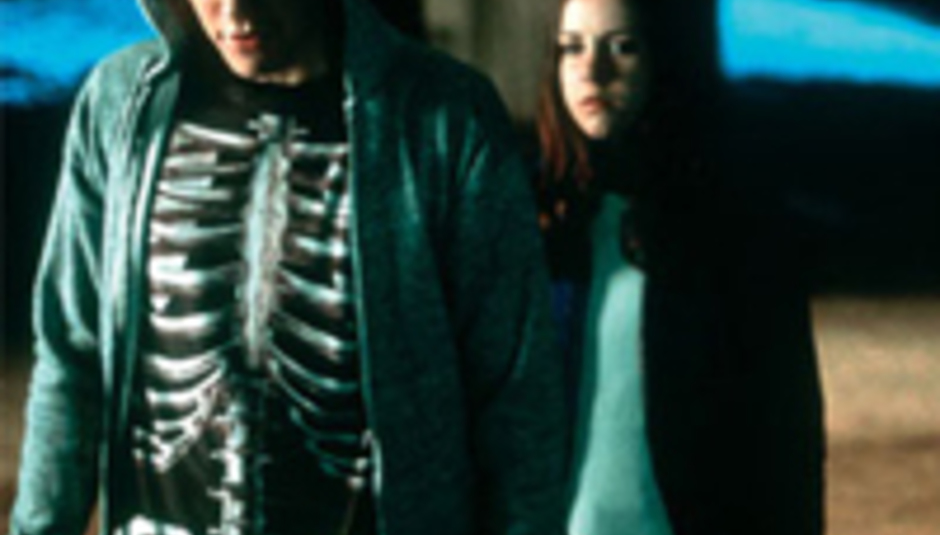 Richard Kelly directed Donnie Darko. Whatever your views on the way that film’s been inculcated into the tacky fandom of lank-haired misery-teens, you have to admit that as a picture it’s utterly fantastic. Richard Kelly also directed Southland Tales. I haven’t seen that, but I wouldn’t mind giving it a go. One thing I definitely won’t be giving a go is the cash-eager sequel to Donnie Darko that Kelly has nothing to do with and that, of the original cast, features only Daveigh Chase, eleven years of age at the time of the film’s release. It’s here, with Richard Kelly’s MySpace ‘blog disowning of S. Darko that Arcade Fire get involved.

After he’s distanced himself from the new film – “Donnie’s not in the [the new film]” said one distributor, “but there are meteorites and rabbits” – Kelly proceeded to reveal that he was working on a new production of his own. The Box is a thriller starring Cameron Diaz and James Marsden.

“We’re starting to work with a very famous band who is honouring us with being the first filmmakers they’ve ever scored a film with,” continued Kelly.

Who? Yeah, it’s Arcade Fire, as uncovered by Pitchfork reader Jonah Moulin yesterday. Seems Markus Dravs let the cat free when he revealed he was “now off to Canada to work with Arcade Fire on a Sound-track for the forth coming Richard Kelly film” on his website, though that now seems to have vanished. DrownedinSound isn’t ruling out time travel per se but it is punching itself in its head for making such a terrible quip.