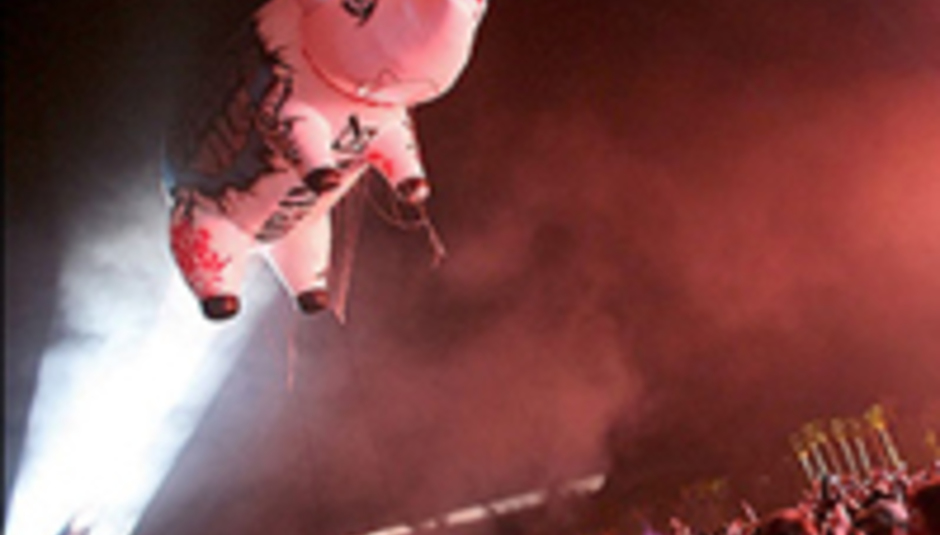 An inflatable pig that spent the weekend looking down on Coachella but for whatever reason just drifted away during Roger Waters’ set on Sunday has been found dead at a leisure resort in La Quinta, California.

Organisers offered $10,000 and four lifetime passes to the festival as reward for the return of the pig, which floated into the desert during the former Pink Floyd man’s rendition of ‘Pigs’.

It was discovered at Hideaway Country Club yesterday, in two pieces by a woman who tossed the thing in the trash, its graffiti cladding – pro Barack Obama and anti-war slogans – initially lost on Susan Stolz, who eventually wised-up to scoop the rewards.