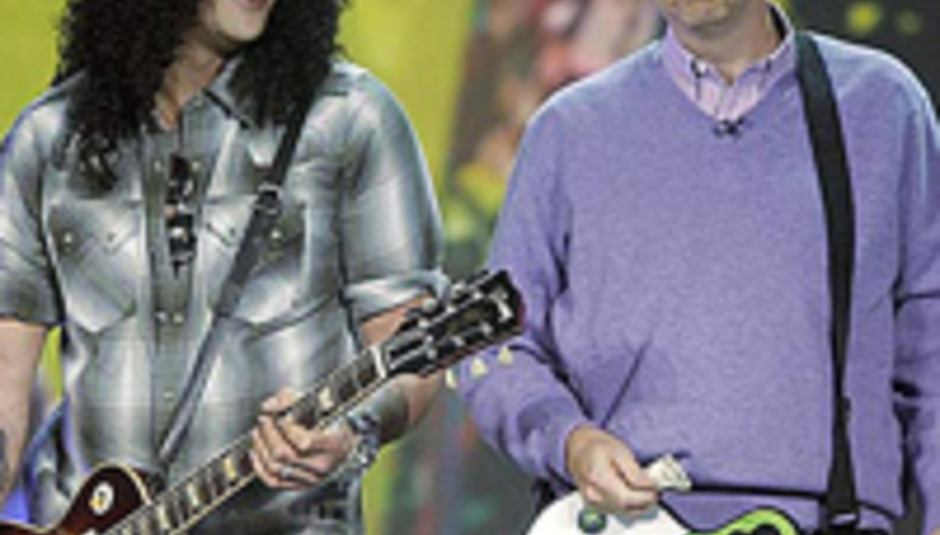 No cuntery for old men: Led Zeppelin and Velvet Revolver not touring together

Permed rock buffoon Slash has rejected rumours that his band, Velvet Revolver, will be supporting Led Zeppelin on a forthcoming world tour.

The rumours were started by the group themselves last week when bassist Duff McKagan said they “have” the slot but Slash told BBC Newsbeat that it’s all a load of trash – they’ll be concentrating on a new record instead, apparently.

"There's been a huge rumour going around about us opening for them and I think that was something that was taken out of context,” mumbled Slash.

"I saw Robert [Plant] last night and he's got his solo thing going on and as far as Velvet Revolver is concerned, we've got another record to do and we're not even thinking about that."

He didn’t rule out the possibility of a Led Zeppelin live tour, however, saying: "I think as far as Zeppelin doing a tour, that remains to be seen."

He also denied rumours - again, started by a band mate, this time vocalist Scott Weiland - that Velvet Revolver's current tour would be their last.

Referring to Weiland's claim that an audience in Glasgow last Thursday was "watching something special... the last tour by Velvet Revolver," Slash seemed to hint that a splitting within the ranks was more likely than a full break-up.

"Well, lets put it this way," he said, "this is not Velvet Revolver's last tour."