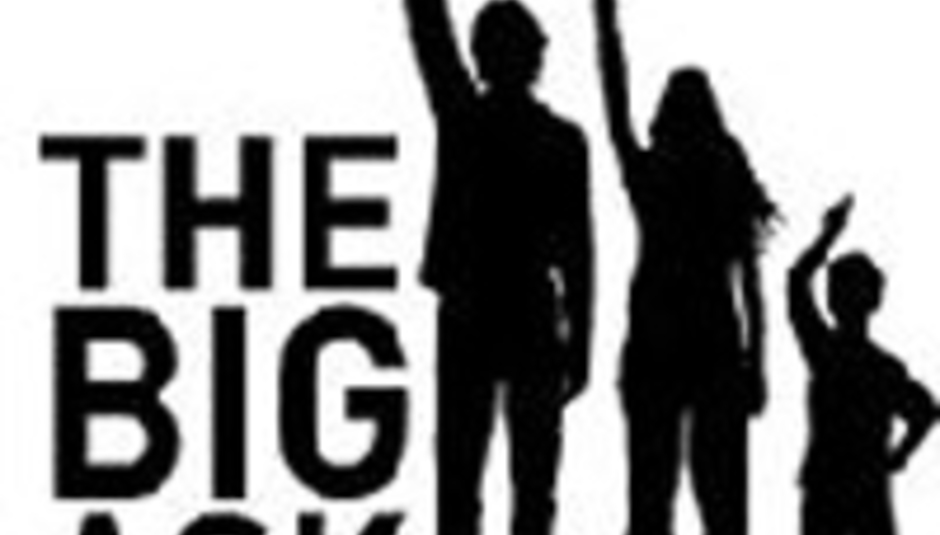 Radiohead frontman Thom Yorke has come out in support of The Big Ask Europe, an organisation that’s demanding an increase in measures limiting climate-damaging emissions.

Launched today, the body are one of a collection of Friends of the Earth groups who are calling on the governments of 17 European states to pledge to cut damaging emissions to a bespoke set of legally binding limits.

Yorke was present at that launch, reports NME.com, where he “presented European Environment Commissioner Stavros Dimas with a symbol of The Big Ask.” DrownedinSound isn’t sure what this really means, but the symbol is up there.

“We will never wake from the nightmare of climate change unless our national governments and the European Union act,” Yorke argued. “They are the only ones who can put the structures in place that will help us tackle climate change.”

“That is why we are launching The Big Ask in 17 countries across Europe. By committing to annual cuts in our emissions at a national and European level we can play our part in tackling climate change, and set an example for the rest of world to follow.”

The Big Ask has been successful in previous attempts to pillory the UK government into committing to cut carbon dioxide emissions, lobbying for a law that will come into force this summer.