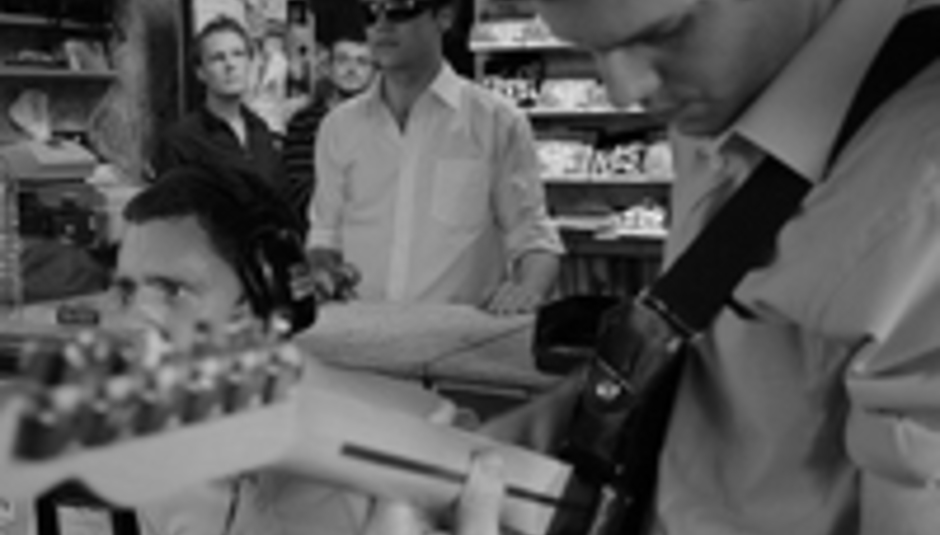 I knew the first time I heard XX Teens that I loved them. Then, they were named after a fashionable photocopying merchant of the period and they loomed over a beachfront hotel in Southend and its wind-battered Friday night like precocious Godard teens. It’s with some concern then, you understand, that Drowned in Sound received news of ‘tailoring’ to the band’s line-up. Boo to change, etc.

The band has changed from this: We’ll leave the matter of which is preferable down to yourselves, though we were partial to bass player Rich Nuvo’s ‘tache. Acht, but there’s life still, we suppose – new songs, presumably for the forthcoming debut album, emerging from the band’s recent BBC 6 Music session for Marc Riley – check them at the XX Teens MySpace, find new video below.

That'll be released through Mute Irregulars on the 25th of February. The aforementioned Rich Nuvo’s posted a new track, too, visit his MySpace to hear the skronk and glimmer of the ‘Disco’ while drummer Seb Pinstripe’s new hip-hop project is Carnie Boy Muck. Or Gypsy Girl Filth. Both acts have live activity forthcoming.

The reason for the split? Well there’s nothing precise as of yet, “legal stuff” needs sorting of course, though Nuvo did speak of “BIG musical and personal differences” that had grown within the band. That forthcoming debut album is apparently still on schedule – though at the minute we aren’t aware what that schedule is, apart from that it's due sometime in May – though Nuvo’s not sure he’s even on it, which seems a ghastly state of affairs.