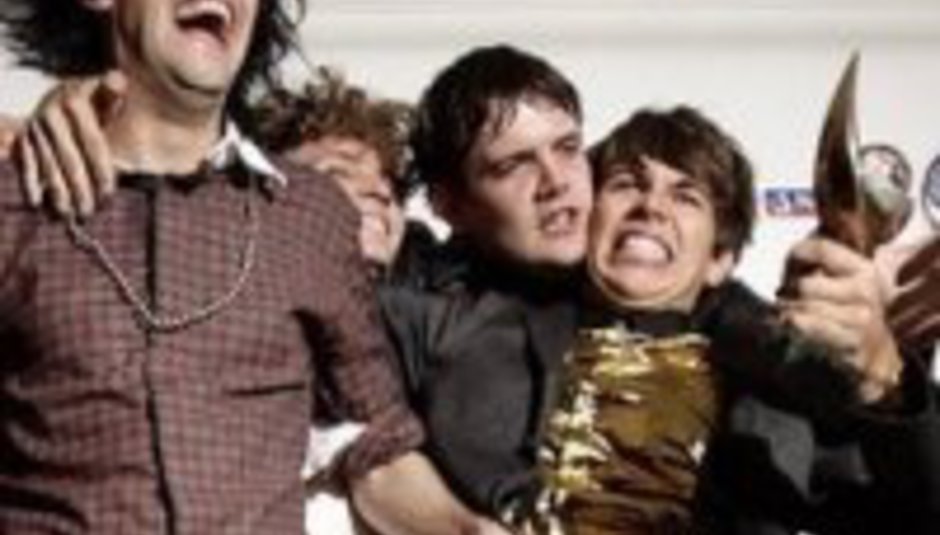 Interesting sound abound… Klaxons are to work with the inimitable Tony Visconti on the follow-up to Myths of the Near Future.

The producer, who manned controls for albums like David Bowie’s revered ‘Berlin Trilogy’ of Low, Heroes and Lodger, will join the trio in the studio next February.

“At the end of February we’re going in the studio with Tony Visconti to do a couple of tracks,” James Righton told BBC6Music.

“He’s just a lovely man. He came along to a few of our New York shows and was interested, so we’re gonna try him out.”

The band also revealed how they’ve been knuckling down more of late, battling to up their game.

“Its only pretty much in the last four, five months that we’ve actually been able to play the album well,” stated Righton.

“When we started out, we couldn’t really play our instruments. A tour manager came in, in January and said ‘you guys aren’t good enough,’ which was brutally honest. So we stopped partying as much and started working hard.”