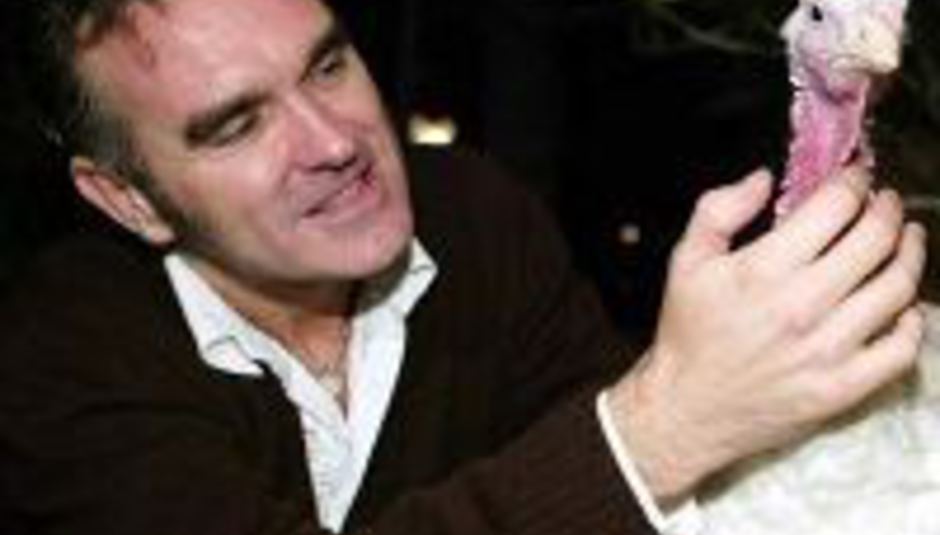 You are the quarry: Morrissey to sue NME, play more shows

Shrapnel continues to fly from the NME vs. Morrissey collision.

First, the singer pledged yesterday (29 Nov) to sue the music publication after they missed a 1pm deadline to issue an apology for running a feature that seems to paint the former Smiths man as a racist.

Further evidence has been produced implicating the magazine in what’s been described as a “hatchet-job” from voices in Morrissey’s camp – manager Merck Mercuriadis unveiling a letter written to NME editor Conor McNicholas before, apparently, the last issue - featuring these comments - went to press.

“Morrissey has completed the follow up with Tim (Jonze, NME scribe and interviewer) and wants there to be no ambiguity in his position that he abhors racism. He has read your "Love Music Hate Racism" issue and believes in what you are doing. As a result he wants to pledge his support to the campaign and add a "Love Music Hate Racism" sticker to the forthcoming 7" cover mount giveaway as well as add the logo to our tickets and advertising for the forthcoming UK dates. I believe Morrissey's voice will be a very powerful one to have behind the campaign - particularly in light of his empathetic songs on the subject such as "I Will See You In Far-Off Places" and "Irish Blood, English Heart" - and it will let the world know how strongly he is opposed to racism and encourage his loyal fans to take the same position.

“I will prepare a press release immediately and get it to you by the end of my day.

Mercuriadis alleges that McNicholas ignored the letter, re-wrote the interview – to the extent that original author Tim Jonze requested his name be removed from the feature - and plotted instead the “character assassination” on Morrissey.

“We can only guess that his personal agenda to unjustly smear Morrissey and sensationally sell more papers took priority over their commitment to this worthy campaign,” comments Mercuriadis, who claims, on contacting LMHR, that the organisation had heard nothing from McNicholas on the planned alterations.

Whether or not this shows Morrissey and Mercuriadis up as trying to worm their way out of an undoubtedly sensitive sitation, the dismissing of the letters by McNicholas could have consequences in the event of any legal action.

In other news, the singer confirmed some more dates on his tour in the new year – see below for full details: