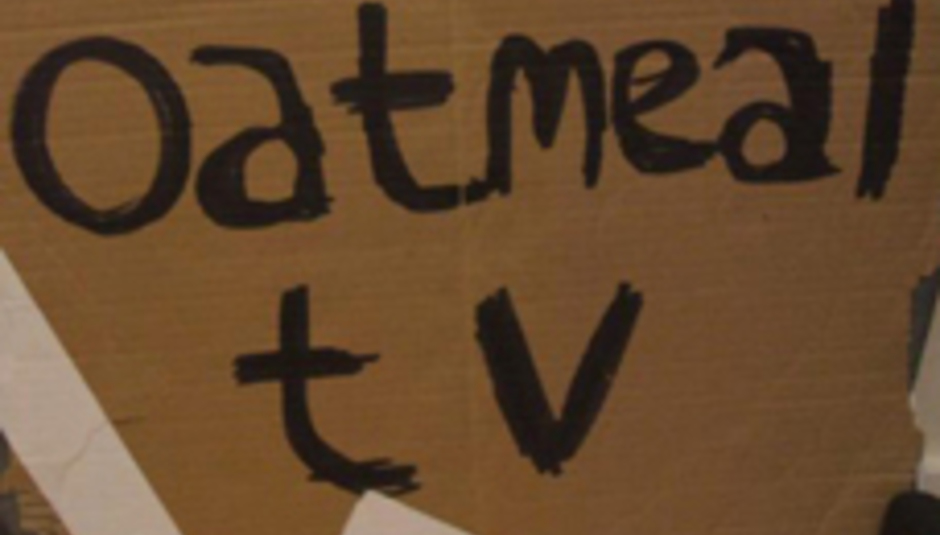 The loss of Popworld from weekend televisions was a crushing blow, only compounded by the abject misery caused by everything else that's ever been on T4. Where now for hangover entuhtainment?

We got an email recently from men calling themselves Russ and Tom. On closer inspection they turned out to be boys, and then men again, but funny men at that. Their show, the spuriously-named ‘Oatmeal TV’, launched last week; episode one littered with idle music chat and banter with the Maccabees, Kate Nash and Mumm-Ra, crudely-rendered skits and “a good, solid plane”. Charming. Sayfe.