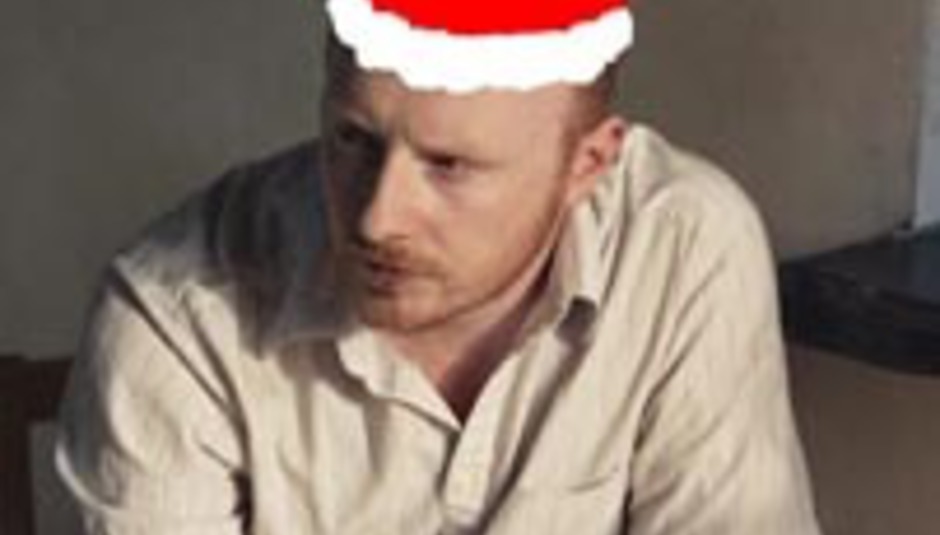 Malcom Middleton has decided to join the race for Christmas number one. His single is called ‘We’re All Going To Die’.

The track, which will wrestle for prevalence with the Spice Girls and the eventual X Factor winner among others, will be released on the 17th of December through Full Time Hobby.

It has been given the longest ever odds to be number one come the 25th of December by bookmakers William Hill.

“Dying is a bit like writing a letter to Santa,” withers Middleton. “Unless you've been a good boy or girl, you're fucked.”

Taken from his A Brighter Beat longplayer, released in February, the track can be heard at Middleton’s MySpace here. It seems there is a semi-realistic push behind this – the Scot will join Colin Murray for the DJ’s Christmas Special, which will go out on Radio 1 on the day of single’s release and presumably see Murray banging on about someone called "Penyarday".

He will also play a handful of live shows next month – see below for details of those, but first an early, alternative Christmas message courtesy of Middleton.

“Although at first seemingly negative, the song is intended to make people think about being alive and making the most of our time here, which to me are your generic ‘Xmas’ themes.

“Christmas is the best time for a song like this to be released into the mainstream consciousness, especially now in 2007… people don't want to be lied to by Cliff Richards any more. It's maybe time they were told what's really waiting for them inside their Christmas stockings.”

“Ah, Christmas you fucking cunt / keep bringing me memories that I didnae want.”