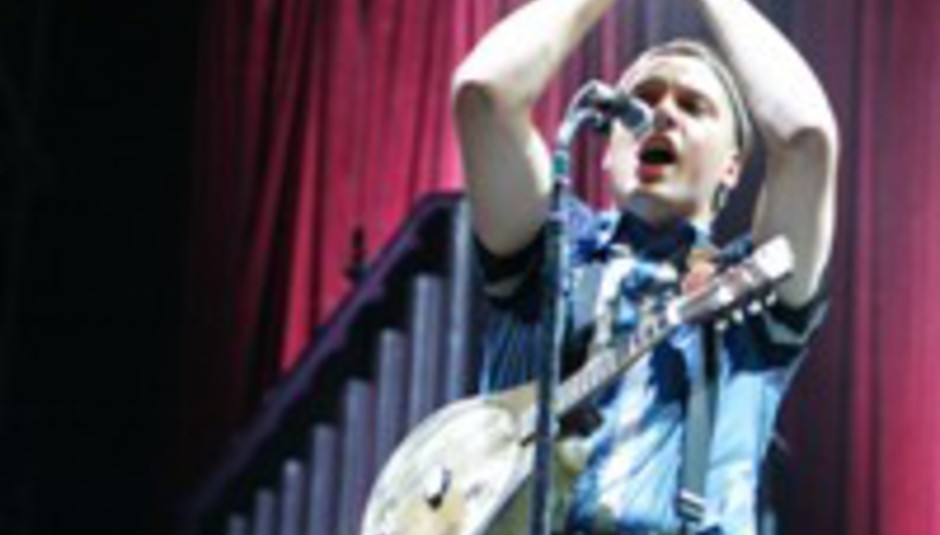 Win Butler, frontman with the Arcade Fire, has vowed never to play a show in Nottingham again after he was repeatedly pelted by the crowd at the Arena last night.

The first blow came during ’Power Out’ when, according to an eyewitness, Butler was struck in the face by either a bottle or a shoe.

“He dropped his guitar, the mic fell over and he flicked the Vs in the general direction of the thrower,” says DiS scribe Rob Webb, “before continuing with the song. He even adapted the lyrics to ‘where'd you go, no, seriously, where'd you go you fucker’.”

Heading offstage before the encore, the band returned to another missile as they ran through ‘Rebellion (Lies)’. Win stopped playing, promised that the band were “never fucking playing Nottingham again” before finishing the song and exiting back into the bowels of the Arena.

It was the first time the Montrealers had appeared in Nottingham.

Keep your eyes open for a review of the show to feature on DiS in the next couple of days.