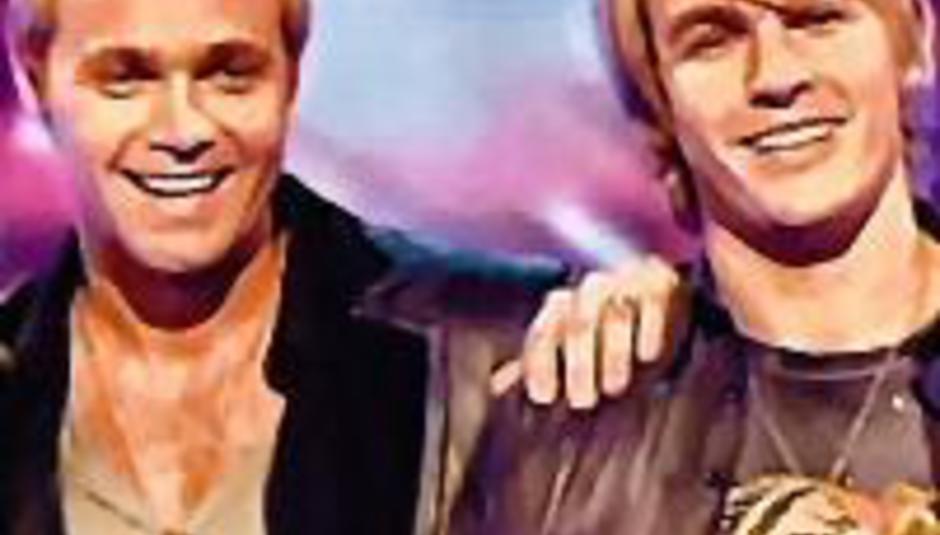 "They’re taking her children away" Lou Reed once sang on classic break-up dirge ‘The Waterboy’, eerily foreshadowing the estrangement of pop saucestress Britney Spears from her two children following the decision of a superior court judge earlier this month. What the narrow-minded fool failed to predict, however, was that he would return to the charts with a vengeance the week after visitation rights were restored to Spears, and that her new single, ‘Gimme More’, would crash in at number three with a bullet. A tacky riposte to recent press intrusions into her wayward private life, it’s the aural equivalent of Marmite – I fucking hate the stuff.

Meanwhile Timbaland pushes the envelope in all kinds of non-directions on his collaboration with One Republic, ‘Apologize’, which rises 26 places to six. We’d ask if there’s anything this man can’t do, except there’s quite a bit we wish he wouldn’t do, this song being a prime example. One of the more bizarre collaborations of recent years comes in the shape of The Killers featuring Lou Reed, sitting pretty at 13 with ‘Tranquilizer’. It’s messy, enjoyable, and altogether a better use of time than practising t’ai chi for Mr Reed in his dotage.

Celebrating the dubious irony of dancing to Joy Division at 15 are The Wombats, up 20 places from 35, while Journey South crush all who oppose them at 107 with ‘What I Love About Home’. Who remembers Journey South then? I do, they haunt my dreams every night, above right. My favourite bit in their new video is where the lads pull into a Little Chef car park and share a joke with an implausibly attentive waitress, moments before she explains how free lollipops are only available on production of a clean plate.

Say what you like about The Stereophonics, at least they know how to have a good time. Actually no I’m thinking of someone else, they’re depressing as hell. If I were Jeremy Clarkson, I might suggest they pipe the Welsh indie stalwarts’ music into the channel tunnel to make immigrants think twice about coming into the country. Pull The Pin goes in at number one, FYI.

REM peddle their live wares at 12 with Live, while Roisin Murphy enjoys modest success with her recent r’n’b overhaul at 20 with Overpowered. Roughly as controversial as the new DiS site and arguably in sorer need of a facelift - only joking - is Jack Penate, sliding out of the top ten to 16 with Matinee, while The Hives tell themselves they’re a singles band at 29 with The Black And White Album, which we assume is some sort of cross between The Beatles and Prince. And before we literally explode with excitement, a chorus of praise, please, for Jimmy Eat World, whose Chase This Light LP wheedles its way in at number 29.