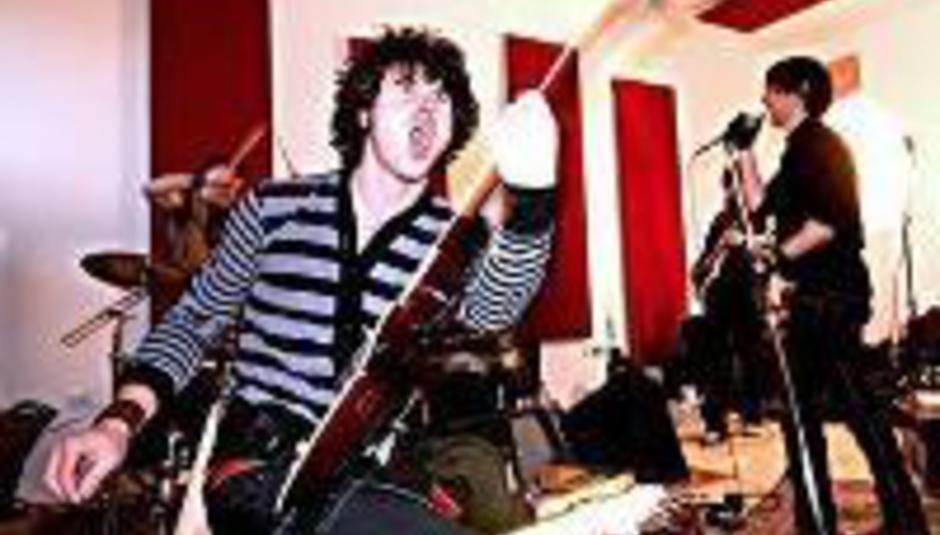 DiS's end-of-summer shindig: updated (oh, and it's THIS Friday)

Early birds at this Friday's end-of-summer DiS bash at London's Monto Water Rats (yes, we know summer's only just started... sorry) will be treated to the sounds of up-and-coming Londoners Hot Rocket (pictured), who have been lined up to open proceedings.

The band are late additions to a bill already bursting with quality. For just £12 advance, the below line-up really is quite the steal!

Russian Circles
Chicago-based trio recently seen supporting Tool. Great responses in the UK so far, and one of DiS's highlights of this year's SXSW. Amazing live - complex yet danceable, like Battles or Foals going metal. (MySpace)

I Was A Cub Scout
Youthful electro-emo two-piece, recently seen winning over the masses at Reading and Leeds. Debut album is in the pipeline, and their new single 'Our Smallest Adventures' is out now. (MySpace)

Dartz!
From the north-east they come, with angular riffs and hips a swingin'. Already a favourite amongst gig-goers with their ears to the underground, Dartz! are a killer live act who draw upon highlights from their This Is My Ship album with super-quirky skillz. (MySpace)

Eugene McGuinness
London-based, Ireland-born Eugene is a hugely promising singer-songwriter talent, already much loved in DiS circles. His debut mini-album, The Early Learnings Of..., received a 9/10 slap on the back from us earlier this year, and is a must-have for anyone won over by the likes of Jamie T and Fionn Regan. (MySpace)

Plus, of course, Hot Rocket. MySpace here. Also: sets from DiS DJs and DJs from Kerrang! and Rock Sound. Ace-core. Tickets - some still available - are £12 advance and available from HERE. Doors are at 7, and everything stops at 2am.