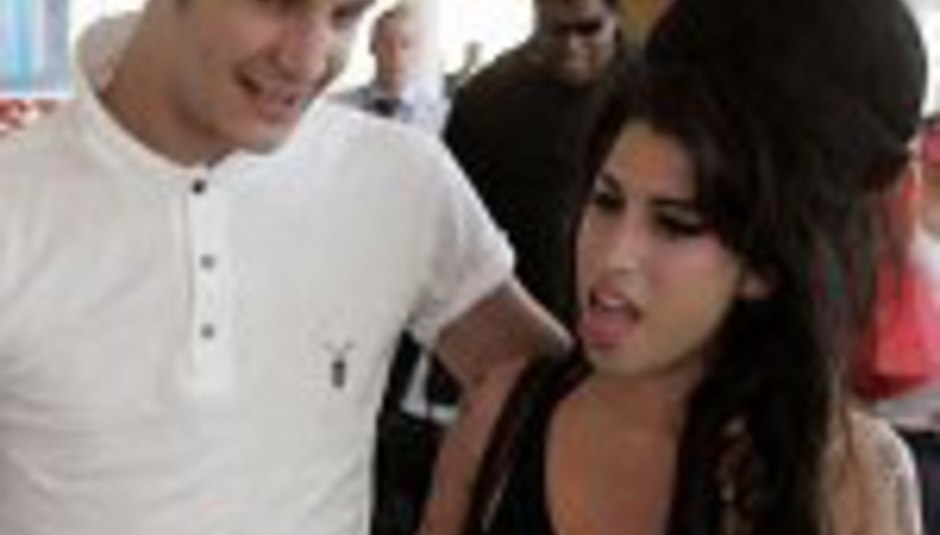 Giles and Georgette Fielder-Civil - the father and mother of Amy Winehouse's husband Blake - have called on the troubled singer's fans to boycott her records to help her kick her drug habit.

Blake's father continued, going so far as to suggest that, maybe, one of the two may die before long unless action is taken:

"We are concerned that if one of them dies, the other will die. They are a very close couple, and if one dies through substance abuse, the other may commit suicide."

The couple - pictured - are suspected of taking drugs as hard as crack and heroin. Certainly Winehouse's physical look has suffered lately, in keeping with rumours of heavy drug use - this image shows how skin 'n' bones she has become since the early days of her music career. Although her recent LP Back To Black is nominated for next month's Mercury Prize, Giles has asked fans not to purchase the album.

"Perhaps it is time to stop buying records," he said, before adding that if Winehouse was to win the Mercury it's possible her problems would escalate. DiS obviously wishes Amy and Blake all the best with their course of recovery, whichever route they ultimately take.