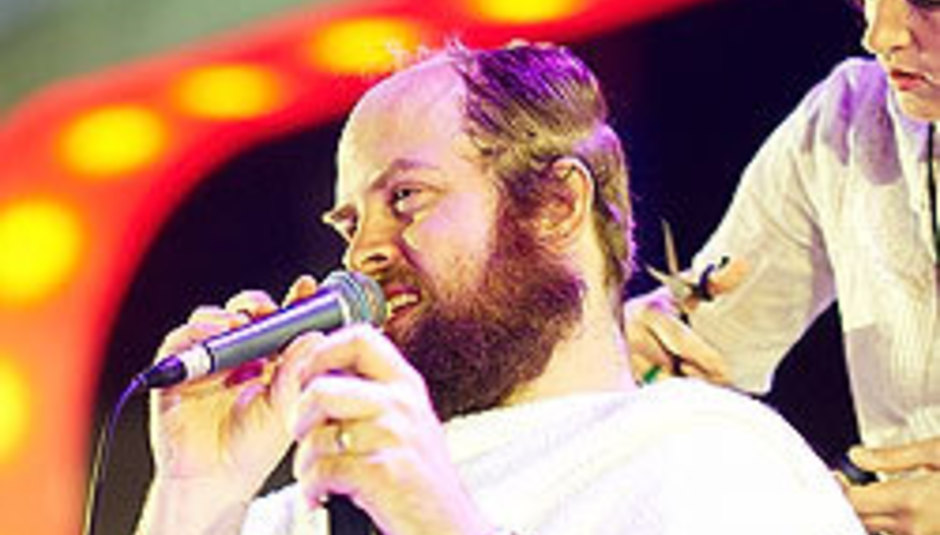 Exciting news, friends of the Fav...

Brooklyn dance-rock titans Les Savy Fav have signed a domestic deal with DiS's friends at Wichita. While we're well jealous that the four-piece didn't come knocking on our door - we'd have given them a neat advance of a bucket of fried chicken and a handful of vouchers for our local Subway, plus bus fare enough to get to the Scala or somewhere like that for, y'know, a show - we're dead chuffed that the Most Awesome Live Band Like Ever have inked a proper UK deal.

The band's new album, Let's Stay Friends (their first since Go Forth, some six years ago), will be released through Wichita on October 1. Tracklisting!

'Pots & Pans'
'The Equestrian'
'The Year Before The Year 2000'
'Patty Lee'
'What Would Wolves Do?'
'Brace Yourself'
'Raging In The Plague Age'
'Slugs In The Shrubs'
'Kiss Kiss Is Getting Old'
'Comes & Goes'
'Scotchgard The Credit Card'
'The Lowest Bitter'

The band will be in Europe in October for at least some UK dates. Said dates will be DiS-sponsored (oh aye!), so we're proper excited about that. Two of the above new songs can currently be heard at the band's MySpace page, HERE.

Our insider at Wichita commented: “Wichita have wanted to sign this band since the label was formed in 2000. That is seven full years of wanting fulfilled finally. What will we want next?”