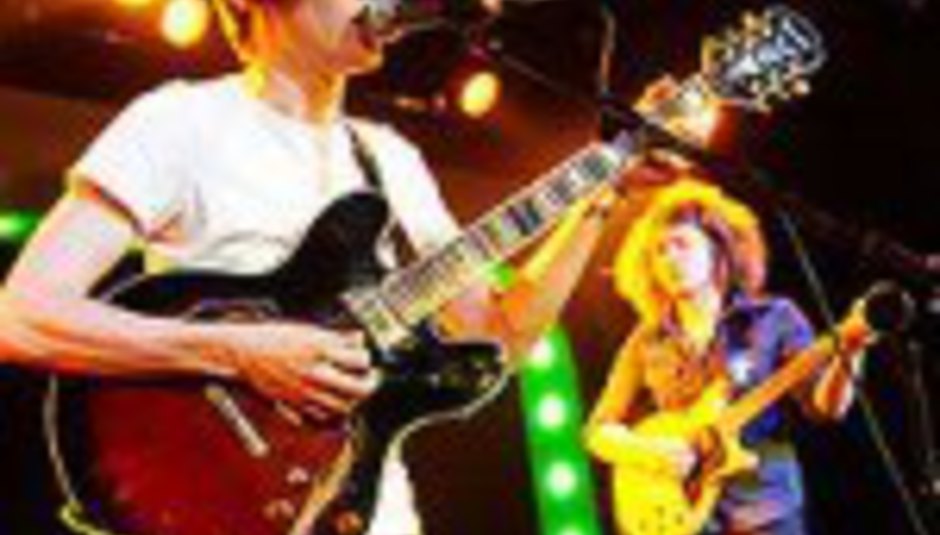 By now you already know who's headlining DiS's super-special end-of-summer party, held at London's Monto Water Rats on August 31. To say we're excited about having Russian Circles play is something of an understatement - we're wetting ourselves in anticipation of one of the best sets the venue in question has ever hosted, trust. But what of the support acts?

Well, here's a pair of them to whet your appetites a little…

I Was A Cub Scout are Todd and Will; their music’s a little disco, a little electro, a little emo, a lot of good. Perhaps you’re aware of them via their excellent singles ‘I Hate Nightclubs’ and ‘Pink Squares’ (and the super-limited ‘We Were Made To Love’ before them). Signed to Abeano/XL, the pair are to release a new single, ‘Our Smallest Adventures’, on September 3, and will be recording their debut LP in August with Hugh Padgham (The Police, XTC). Over the coming weeks you can catch IWACS at a number of festivals including Latitude, Truck, Lodestar, Underage and Reading/Leeds.
MySpace

Youthmovies (pictured) should be familiar to many DiS readers – we like them so much that we signed the Oxford-based quintet to our own label earlier this year. The band are set to release their first-ever full-length soon, following a series of well-received EPs. As yet untitled, the album has been mixed by Shellac’s Bob Weston in Chicago – more news on it as we have it (what we've heard is, really, amazing). Live, the band can be seen this summer at Latitude, Truck, and with the awesome Dead Meadow in Oxford on August 18… take your earplugs to that one!
MySpace

Buy tickets for this show by clicking HERE. Doors are at 7pm and the fun lasts 'til 2am. Read interviews with Russian Circles here and I Was A Cub Scout here.