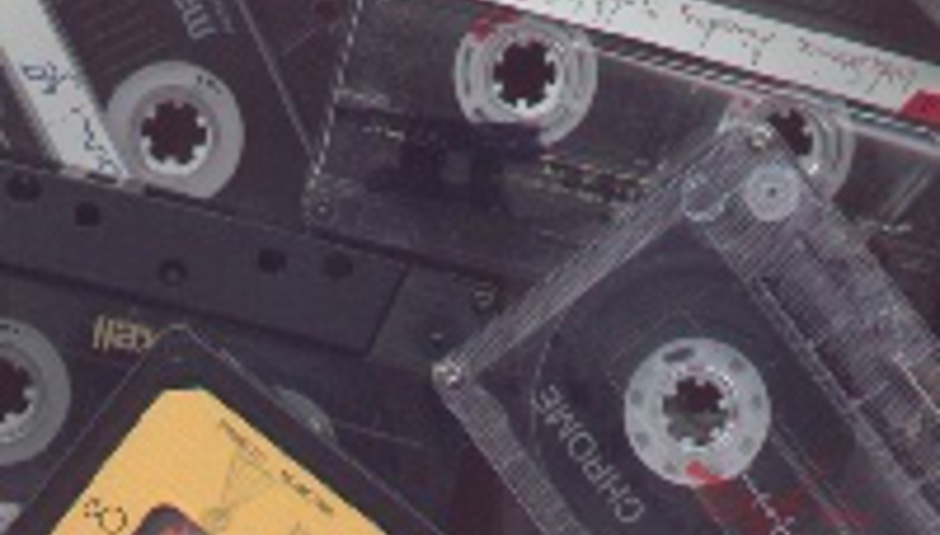 Earlier this week, high-street electrical retailer Currys announced that it would no longer stock blank cassette tapes once its current stocks are gone. T’was a sad, sad day in the DiS office.

It’s not like the major retailer’s decision couldn’t be predicted – sales of cassette tapes, particularly blank tapes (aaah, TDK 90, five-pack, in my stocking every Christmas), have dropped sharply since the rise of the iPod and its digital brethren. Why spend an hour and a half recording an hour and a half’s worth of material onto a format that’s almost certainly going to be chewed up by your dad’s aging car stereo in a week when you could sit at a computer and upload three or four days of music to a tiny shiny box in just a few seconds? Why? Because of the skill, that’s why.

There are few things in life more satisfying than the successful compilation of a great mix tape – without wanting to get all High Fidelity, there is a craft to mix tape manufacturing; there are rules to follow, and to break. Are these lyrics too revealing? Do they send out the wrong message? How will track A fit between tracks D and E, and shouldn’t song Y really be where song Z is? Will the tape make the girl or boy in question fall in (or out of) love with you, and if their boy or girlfriend accidentally hears it, will he or she beat the daylights out of you?

Rules, ladies and gentlemen – they required respect, attention and careful consideration. While many would simply dive headfirst into a mix tape project without substantial planning, the mix tape expert noted the lengths of songs, and arranged the sequencing, before beginning. You needed skills – foresight and just a little luck – to make the perfect mix tape; 12 songs on one side, 12 on the other, with a perfect balance throughout. Glorious.

And fun, too. Currys’ decision – their managing director Peter Keenan also predicts that tape decks will no longer be stocked a year or so from now – is indicative of the manner in which music is now consumed. It’s disposable, readily available and purely quick-fix; downloadable and forgettable and low-risk. There’s no romance to clicking ‘download now’, but there was something appealing about getting cramp from sitting on the floor before the stereo for the best part of two hours and holding a final, physical product that you could either call your own, or call a present and pass to a friend or potential paramour.

Me, I rarely made mix tapes for girls – I had a girlfriend at 15, so my taping peak a.k.a. my university years was spent compiling collections for friends – but I did make up a series of tapes for driving. I passed my test at 17, and promptly went about sound-tracking my journeys from home to Sainsbury’s, and back. Mum didn’t think much of Vanishing Point-era Primal Scream, but my post-club comedown cassette – a mix of Endtroducing-period DJ Shadow, David Holmes, Portishead and assorted Ninja Tune randoms – was a week in, week out success. I recall one drive through Southampton with something from Let’s Get Killed drowned all but out by the sound of a pair of knackered revellers snoring on the back seat. I may have been dressed as a witch at the time. I forget. On purpose.

But anyway, the tape. Its demise has been a long time coming, but of all the formats to come and go and return over the years, it’s most certainly the most romantic, if you like. It’s the holder of secrets and a terribly fickle beast, one that can harm itself irreparably just minutes after delivering the most spectacular goods. Unpredictable and untamed, the cassette tape is – was – the format that meant most to many an explorer of sound. It was the gateway and the key, the wide open space and the constrictive tunnel, the light at the end always there, as tempting as the dangling carrot. It’s how I found out about a lot of bands – from friends, and from radio taping – and I thank it from the bottom of my now thoroughly over-nourished soul.

Finally, R.I.P. the cassette - 95 million blanks sold in 1990, fewer than a million expected this year. Missing you already, but don’t tell Steve Jobs…

DiScuss: Obviously the era of the cassette tape was over long ago, but do you still make mix tapes? If so, do you do so in addition to using iTunes, etc? Did you ever buy much material on cassette, and if so why? It was really cheap, and available in Eastleigh WH Smith… that’s the only excuse I have for owning Stoosh. Otherwise, unforgivable…