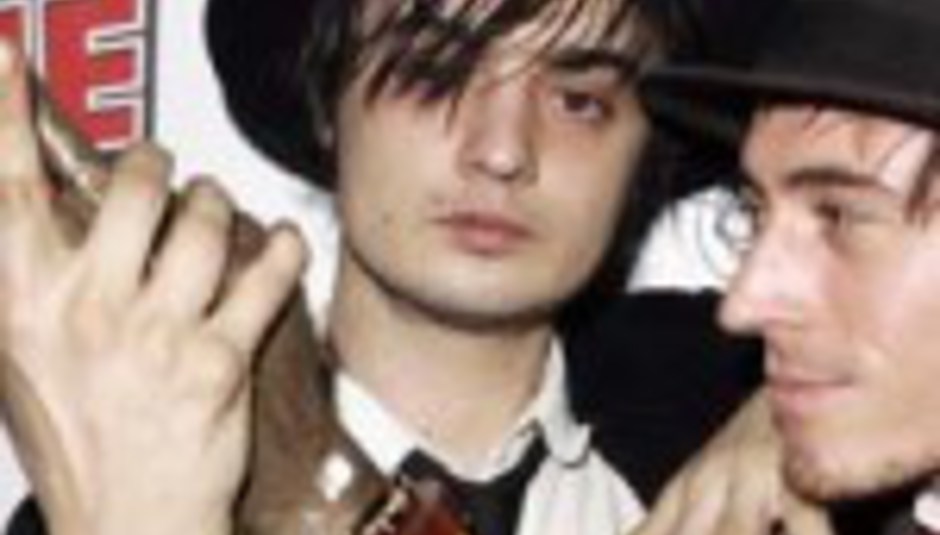 Babyshambles singer Pete Doherty - pictured clutching what we can only assume is someone else's award - is next to broke, apparently.

Of his two businesses, Babyshambles Touring and Babyshambles Limited, only one, the latter, has made a profit recently, to the tune of only (only?) £1,910. The former interest made a loss of a whopping £21,731. That's even more than what I owe to the bank and those student loan people. Oh, wait... it's not.

The Daily Mirror quotes a source: "His accounts don't make pretty reading. To see someone with his talent unable to make any money is a waste. What money he has had has been spent on drugs."

And Ribena and Curly Wurlys, if recent press is to be believed. Babyshambles' last album, Down In Albion, has so far shifted 100,000 copies; the next is forthcoming through Parlophone, although that same source added:

"He has signed a new record deal with Babyshambles and is said to have a big advance, but it will be interesting to to see where that money is this time next year."

In the tuck shop till, we reckon.