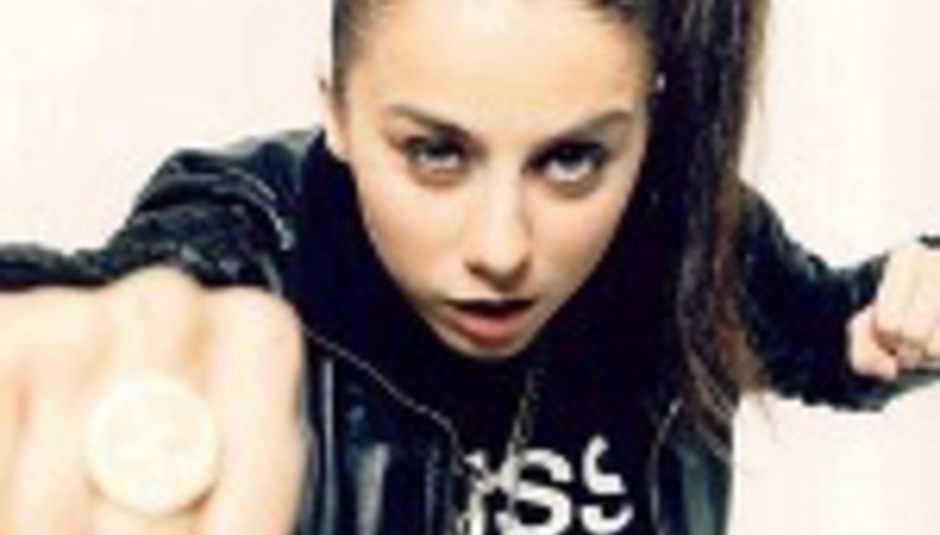 The self-proclaimed "biggest midget in the game" - suppose it's better than her on the game counterpart - has taken a swipe at Lily Allen, saying that the 'Smile' singer has only made it to where she is 'cause of her dad.

Could this have anything, at all, to do with Lady Sovereign's Public Warning album selling about ten copies compared to Alright, Still's many thousands? Nah, course not.

We like them both, mind you, so DiS was disappointed when we read what Sov (pictured) had said:

"I'm not hating on her but someone like Lily Allen, just 'cause her dad's famous, doesn't have to work as hard as someone like me."

Oh come on, Sov - you wouldn't even battle a donut! And we know you'd have won an' t'ing: "my wordplay's nasty", that's what you said, and we believed you. But c'mon. Peace and love, Sov.

Allen has since commented: "In response to Miss Sovereign's comments, I've spoken to my dad and he says he'd be happy to adopt you if you think it will give you a leg up."

We'd adopt Lady Sov, y'know. Since an early Spring clean the DiS office has plenty of cupboard space. Or maybe we should put Allen up? Apparently she can't afford to live in London, according to last night's This Week.