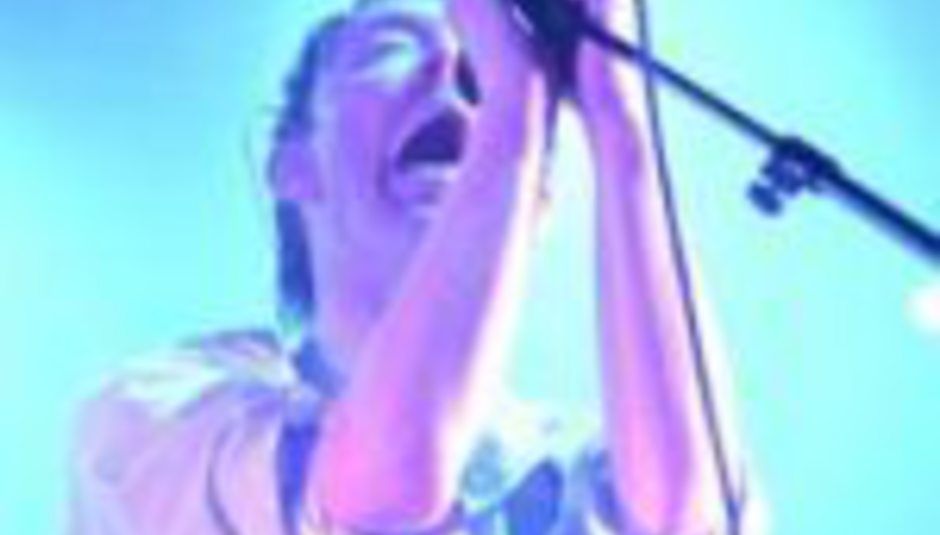 Chart round-up: you do it to yourself, The Public, and that's why it really hurts...

He’s still there, the wicked little leprechaun of less-than-pretty pop poop: Mika, still mispronouncing ‘Kelly’ at the top of the UK singles chart. Really, The Public: what the flippin’ feck are you doing to yourselves?

Below ‘Grace Kelly’ this week is Fall Out Boy – right now the DiS office is actually ‘rocking’ to their new album, the sole observation so far being that “all these emo singers sound the same” – whose infuriatingly catchy (despite its inherent unoriginality) ‘This Ain’t A Scene, It’s An Arms Race’ (review) rises from six to two this week. Just Jack falls from two to three with ‘Starz In Their Eyes’ (review; or is it ‘eyez’?), Bloc Party’s ‘The Prayer’ (review) climbs from 13 to four, and the top five is rounded off by Mason’s ‘Exceeder’. Still, we’ve little to no idea what that actually is.

Another observation on the F.O.B. front: the aforementioned single, at three of 15 on the Infinity On High album, sounds like Orson at the start. You know why they’re called Orson, right? ‘Cause it’s a bit like ‘awesome’. True story.

Elsewhere in the singles chart, The View’s ‘Same Jeans’ (review) slides from five to seven, Klaxons slip from seven to eight with ‘Golden Skans’ (review), and Kasabian are the highest new entrants this week, as their not-actually-unforgivable ‘Me Plus One’ lands at 22. Below that, the next new entry is from former the Audience singer Sophie Ellis-Bextor, who returns to music-releasing ways with ‘Catch You’. Did you see her on Pop World? My girlfriend says she’d like to look like that. I’m glad she doesn’t. A friend of mine calls her Heidi, after that one from Sugababes. Sugababes > Ellis-Bextor in this book.

Lower still, Brit-nominees The Fratellis see their ‘Whistle For The Choir’ re-enter at 41, and ‘Chelsea Dagger’ creep to 43. These charts are mad! Cold War Kids’ ‘Hang Me Up To Dry’ (review) is at 57, Switches’ ‘Drama Queen’ (review) makes 61, and Noisettes’ ‘Sister Rosetta’ is new at 63. In more amusing news, also-on-Pop World types Little Man Tate see ‘Sexy In Latin’ tumble from 20 to 70 this week. ‘Cause it’s a shit song, probably.

And on to albums: this week’s top five features three new entries. Jamie T’s Panic Prevention makes four on its first week of release, Klaxons’ Myths Of The Near Future (review) is so close at two, and the top spot is property of Norah Jones’ Not Too Late. It has M Ward on it, apparently. We couldn’t find him. Jones has another two albums in the top 75: Feels Like Home is at 64, and Come Away With Me sits at 46.

Just Jack’s Overtones is new at six, and The Shins’ Wincing The Night Away (review) impresses with a 16 in its first week. Little Man Tate are new at 27 with About What You Know (review), and Clap Your Hands Say Yeah make 45 with their second album, Some Loud Thunder (review).

Out this week: new albums by Bloc Party, Mika (!), Lady Sovereign, Yes Boss, Capdown, The Noisettes, Holly Throsby, Cold War Kids and, of course, Fall Out Boy. On the singles front, Annuals release the quite-good-really Big Zeus EP, Murder By Death issue ‘Brother’, and the much-tipped Kate Nash releases ‘Caroline’s A Victim’. She’s also pretty pissed to be immortalised in such a piece of shit ‘song’.