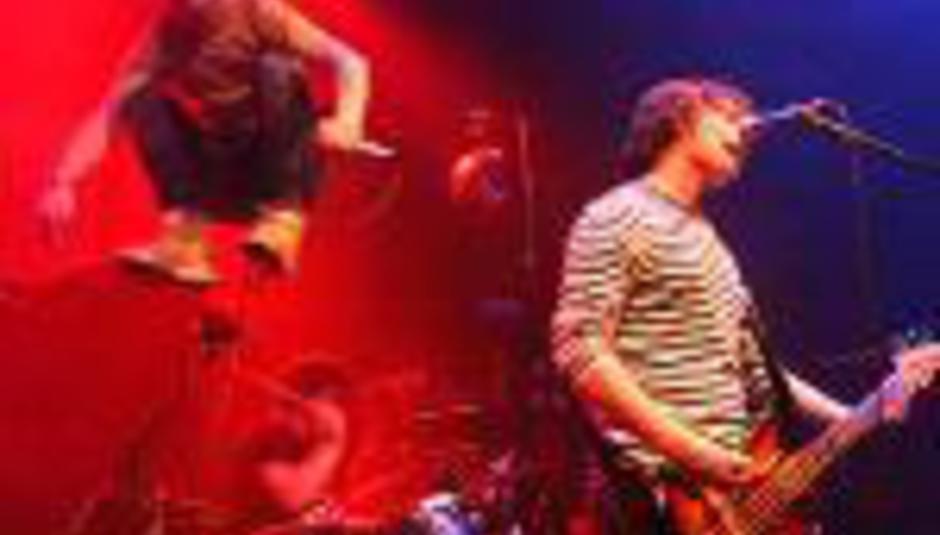 The Automatic come close to death over Paris

Drum-banger for the The Automatic Iwan Griffiths has revealed that the band were involved in a near-death experience on a flight to Paris recently.

After missing their train, the band took a jet from Heathrow to the Charles de Gaulle airport in Paris. As they were due to land, however, they encountered severe turbulence and were prevented from touching down.

"I've got a thing about planes as a high ratio of musicians die in planes - including Glen Miller and Buddy Holly... then we had this dodgy flight," said Griffiths.

"We were meant to get the train to Paris but missed it, so we had to fly even though the weather was horrific.

"Our guitarist, Frost, was throwing up in a sick bag then there was weightlessness in the cabin. My drink hovered above me long enough for me to gasp, 'Oh My God,' and then it went over my lap.

"It was boiling hot."

Griffiths revealed that the band were genuinely fearful for their lives.

"It was so windy the plane couldn't even land. Everyone went silent. I thought that was it."

Photograph by Peter Hill, taken from the band's MySpace page