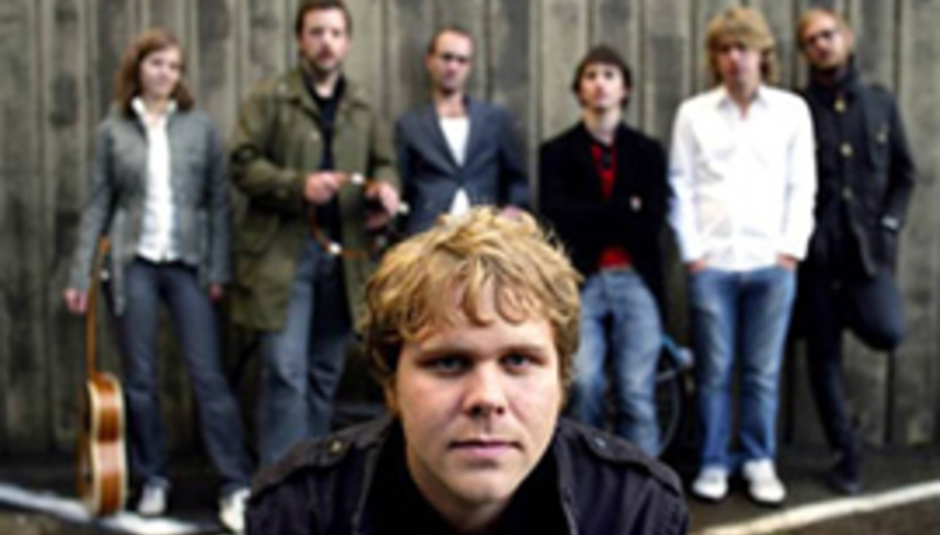 The first two months of 2007 - that's January and February for you calendar-challenged sorts - will see DiS host two free shows, both at Notting Hill Arts Club in London. Regular readers/gig-goers will be aware that we've organised many a show at the club, in conjunction with Rough Trade, over the last few years - we've seen the likes of Martha Wainwright, Blood Red Shoes, Jamie T, Guillemots, Optimist Club, Jeremy Warmsely, Jeniferever, thisGirl, Cutting Pink With Knives, Viking Moses and October All Over rattle the club's walls in the not-too-distant past - and 2007's campaign will be opened in quite magnificent style.

Hopefully you'll have heard of Sweden's Loney, Dear: he's a one-man many-legged-and-armed band-cum-man with a strum-strum guitar, playing the sweetest of sweet indie-pop. His mum calls him Emil Svanängen, and Emil released his debut UK album, Sologne through Something In Construction in October. He's since been picked up by Sub Pop in the US. Nice!

Loney, Dear will play Notting Hill Arts Club - full bill TBA - on January 13. Then, on February 17, we've a bill that's so pant-wettingly heavy, just thinking about it makes us do a little wee in our DiS-branded knickers.

We've Manatees - whose Untitled debut album made Rock Sound magazine's end-of-year list ("one of the most ambitious albums of '06," they said), while our friends at Playlouder.com called its makers "navigators of an intense, rapturous juggernaut" - coming all the way to London from Carlisle; Down I Go bringing their 'Disastercore' to the club all the way from, um, London (they claim to sound like "earthquakes, tidal waves, swarms of disease-carrying mosquitoes, burning houses, sinking ships, exploding reactors, and starving dinosaurs"); and Sheffield's frankly staggeringly good, dangerously so for a group of teenagers, Rolo Tomassi - their hometown's "answer to, 'Is there such a thing as Yorkshire Casio-grind?'" according to Rock Sound, and "one of 2006’s most amazing new discoveries" by us. Wow?

Seriously, just how good are we to you? Very, that's how good. Will we be seeing you at either show? And don't forget: Seattle's Blood Brothers are off on a DiS-sponsored tour in January; click here to browse the dates!