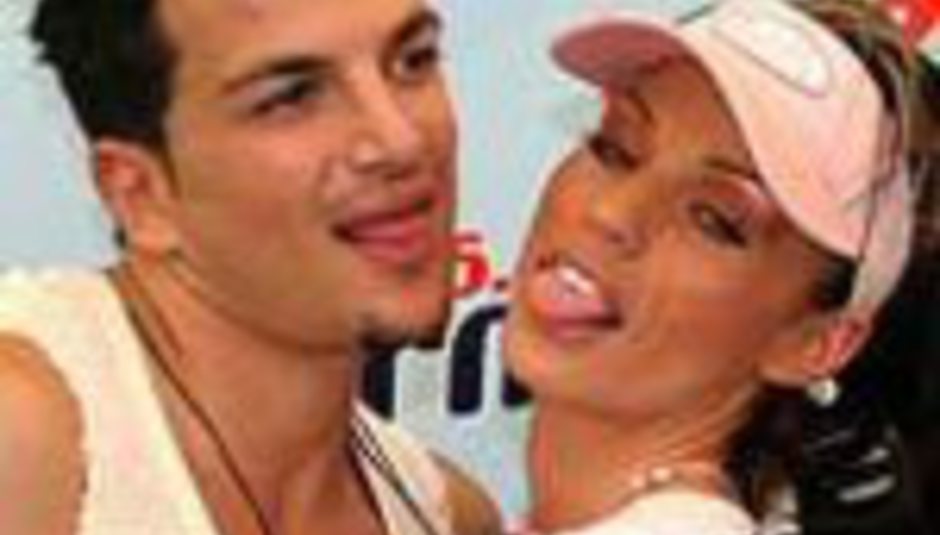 Chart round-up: must be nearing Christmas, 'cause the charts are shite...

This week sees Take That conquer both the albums and singles charts. How do they do it? Well, it sure as heck isn’t the good looks these days; guess nostalgia’s a more formidable factor than the likes of Katie Price and Peter Andre (pictured),* G4 and Faithless *ever imagined.

Of said floundering acts, the first pair climbs the highest in their first week on the album chart: A Whole New World is, terrifyingly, at 20. People, be ashamed. G4’s Act Three – it’s their third album, see? – enters one place lower, and Faithless only make 30 with To All New Arrivals.

Elsewhere, new entries are few and far between album wise: Jay-Z only reaches 35 with his comeback LP, Kingdom Come, and Snoop Dogg’s heavily advertised The Blue Carpet Treatment fares even worse, debuting at 47 – that’s one place higher than Boney M’s The Magic Of. Yuck. Incubus, though, really plumb the depths in their first week on the top 75: Light Grenades charts at 52.

In the singles chart, the foursome hold off competition from Akon featuring Eminem to spend a second week at the top with ‘Patience’. Below the battling top two, Booty Luv’s ‘Boogie 2Nite’ (???) climbs from 19 to three, and Nelly Furtado’s ‘All Good Things’ rises from 13 to four. Justin Timberlake’s still writing “love notes” at five (review).

Muse’s stupidly pompous Knights Of Cydonia is new at ten – read our review here. Jamelia – she was good on Buzzcocks t’other night – is new at 34 with ‘Beware Of The Dog’ (okay), and Lostprophets’ ‘Can’t Catch Tomorrow’ enters one place lower. Slade are new at 54 with ‘Merry Christmas Everybody’. I refuse to write ‘Xmas’.

What’s out this week, you ask? These things. Read, buy, enjoy. Whatever…