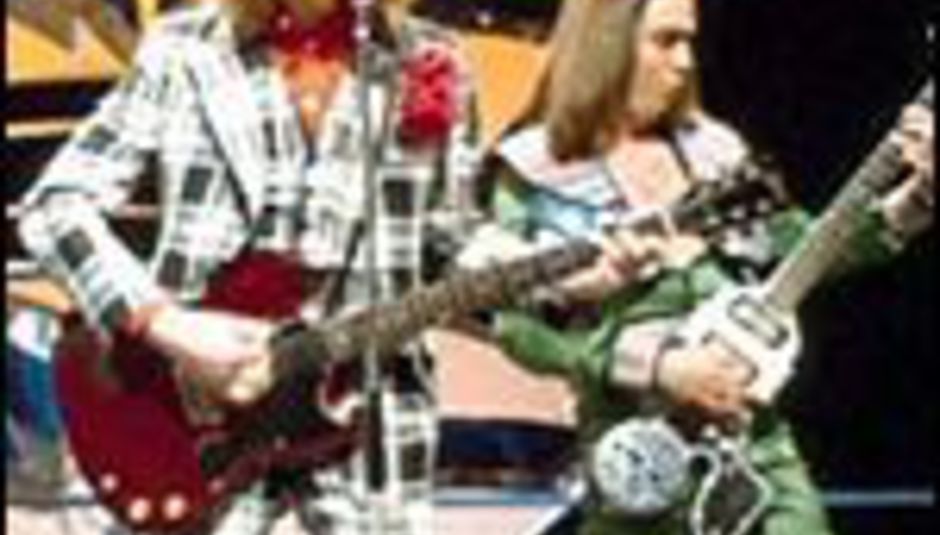 Slade's enduring Christmastime 'classic' 'Merry Christmas Everybody' is to be re-released this year, and betting sorts are already predicting that it'll challenge for the festive number one.

The song - originally released in 1973 - is second-favourite to top the chart on December 25 according to Ladbrokes. Says a spokesman, Nick Weinberg:

"They're second in the betting behind X-Factor but it looks as though Simon Cowell won't have things his own way this Christmas. The song's a classic and our customers are backing it to have a massive impact."

As reported here, bookies are predicting that the winner of this year's X-Factor series will, as last year, achieve the Christmas number one.

Sadly, the Crazy Frog appears to be out of the running...