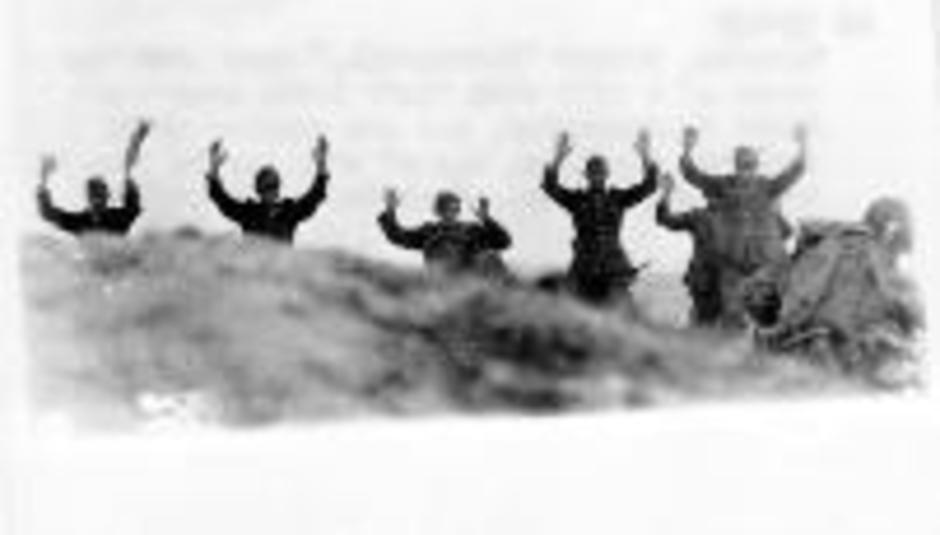 That's not the band, there. It's some soldiers with their lil' pinkies up. No, not their wee willy winkies. Silly.

It's the closest we can currently get to an image of Troubles, a new six-piece comprised of exactly that many former members of acclaimed post-rockers Hope Of The States. Their MySpace currently has nowt but olde photographs on it. Silly!

The band - featuring Sam Herlihy, Mike Siddell, Michael Hibbert and Simon Jones of HOTS, as well as a gentleman called Joe and another named James - have a gig confirmed for December 4 at Manchester's Star & Garter, and are looking for gigs at the end of this month and the beginning of next.

Visit their MySpace page here to have a listen and get in touch if you can put the sextet on anywhere.