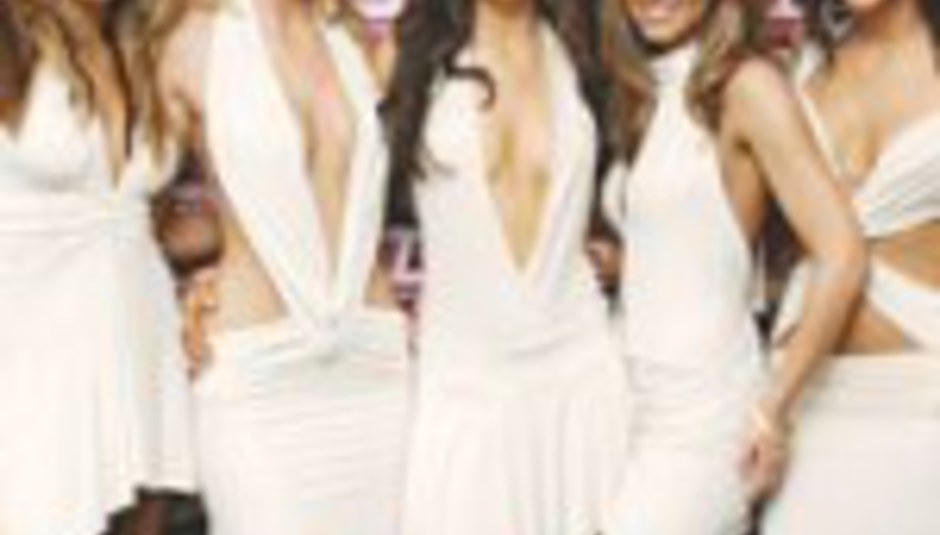 DiS's chart update: late again, but could still do for Hull at home easily enough...

In better news, the beers are on Amy Winehouse as her new long-player Back To Black has landed at three on the album chart; it’s the second-highest new entry this week, behind Girls Aloud’s best-of, The Sound Of. That's them, pictured. The Who get the third and final new entry in this week’s top ten: Endlesswire makes nine.

A little lower on the album chart, Deftones’ Saturday Night Wrist loiters at thirty-three, The Very Best Of Aerosmith sits pretty at nineteen, and The Holloways’ So This Is Great Britain wobbles its way to fifty-four. The usual suspects – Snow Patrol, Razorlight, The Killers, Kasabian – are all in the top twenty.

In the singles chart, Fedde Le Grand climbs from two to one: ‘Put Your Hands Up For Detroit’ is almost certainly annoying someone, somewhere, right now. ‘The Saints Are Coming’, the collaborative effort from U2 and Green Day, enters at six, which isn’t half bad. Girls Aloud are at three with that ‘ooooooooooh’ song, and Bodyrox’s ‘Yeah Yeah’ is at two. It features Luciana. Who is that?!

All Saints’ comeback single ‘Rock Steady’ impresses, making number eleven; the physical versions only came out yesterday, so expect it to climb. Depeche Mode get a new entry at thirteen with ‘Martyr’, and Babyshambles’ ‘Janie Jones (Strummerville)’ breaches the twenty at seventeen. Well done, The Clash. Mr Albarn’s latest combo, The Good The Bad And The Queen, make twenty-two with ‘Herculean’.

Klaxons prove they’re not just a five-minute fad by making twenty-nine with ‘Magick’. Bravo for glowing sticks and trashy synths! The Long Blondes’ ‘Once And Never Again’ drops quite spectacularly from thirty to seventy-five. Ouch.

And that, really, is about as interesting as it gets. Do you care where Infernal’s new single charted? No, you don’t. Now let me go so I can get lunch and moan about football some more…

As always, click here to see what's out this week. Need we recommend the Joanna Newsome LP, Ys, what with it having a ten-outta-ten on the front page? No, we need not. Also out: Brakes' The Beatific Visions, Mogwai's Zidane soundtrack, Skygreen Leopards' Disciples Of California, and The Long Blondes's Someone To Drive You Home. They are all good, so go get.