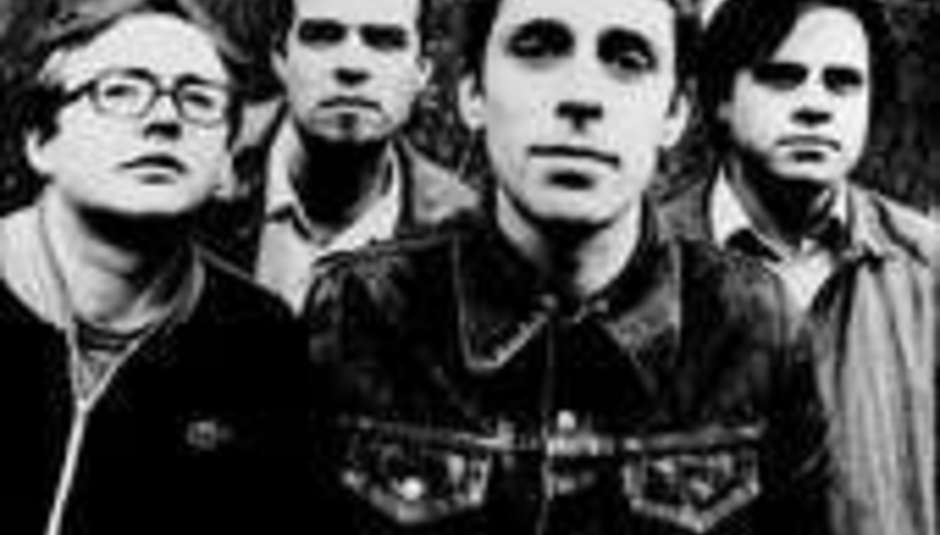 Cable, they were a rock band. A good rock band. So good were they, indeed, that a small label by the name of Signature Tune has only gone and assembled a tribute record, full of the four-piece's classic songs reinterpreted by a bundle of today's rockers. Mint!

Yes, folks, Souvenir - a tribute to Cable is released on Monday (October 23). It features the likes of Get Cape. Wear Cape. Fly, Tom Vek, Econoline, Stapleton and Knives, covering songs such as 'Freeze The Atlantic', 'Ultra Violet', 'Sports Cars And Devil Worship', 'The Clairvoyant' and 'Signature Tune'. Hey, that last one's the name of the label releasing the compilation! Coincidence!? We reckon nah.

DiS has three copies of this pretty fuggin' ace comp to dish out to readers, SO, read on and answer and enter, already!

To be in with a chance of winning one of these 'ere CDs - you can check the artwork here - just answer this...

Cable isn't just a band, you know: cables can be found underground, coming out of your computer and even in your toilet after a heavy session! BUT, what's the title of the first song on Cable the band's Sublingual album?

Send your answer - IT'S DEAD EASY - to mike DOT diver AT drownedinsound DOT com straight away! Write 'Cable is wickedfresh' in the subject line or I'll hunt you down, you inbox-plugging bastard.