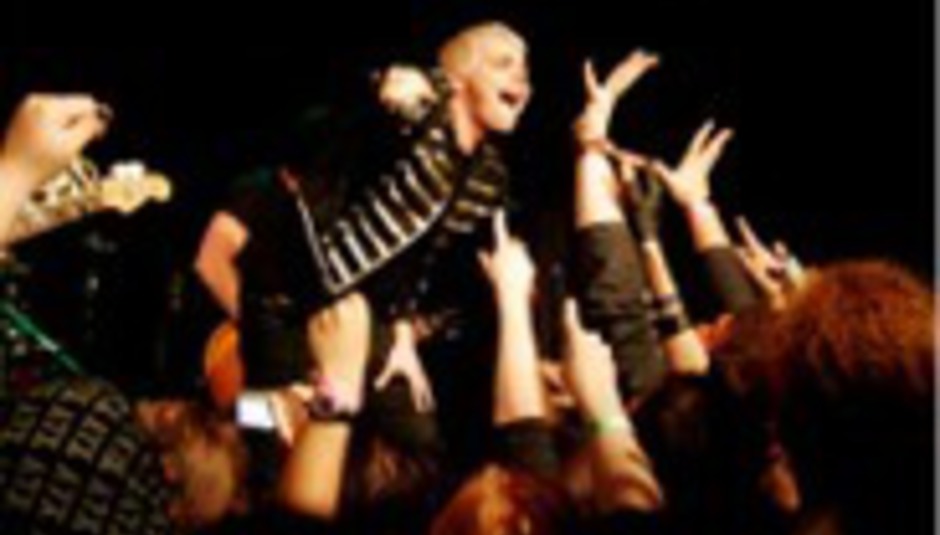 Bryar was performing at the time. Around 500 attendees witnessed Towers guitarist Tourette get into a slight scuffle with MCR's management before security escorted him into the street. To the gutter. Yeah, the gutter.

MCR singer Gerard Way told the crowd that the band's new album, The Black Parade, is the "most important album the band had ever made". Well, they've only made three, and from their label's point of view it's certainly the most important, financially, to date. It's released on October 23.

MCR tour next year - tickets went on sale this morning, and dates are as follows...

DiS was at Deftones. So was Mike Skinner. Having a little dance...