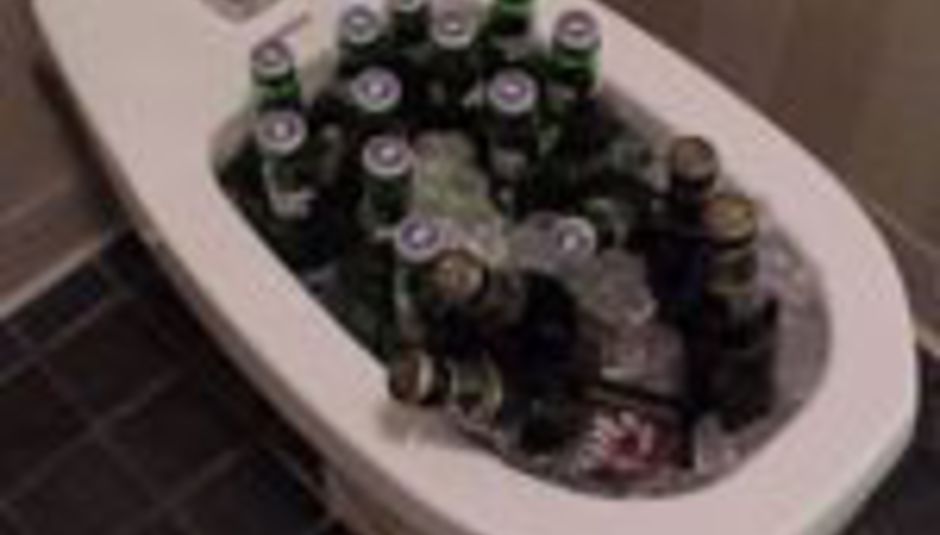 Chart round-up: So, when you use a bidet, is that a 'number three'?

If so, it's totally apt considering Beyoncé's position on this week's album chart. But we'll get to that in a second.

Here are the basics: the people of Britain seem to like Snow Patrol an awful lot, as their Eyes Open LP is back up to number one on the album charts, and Scissor Sisters remain popular despite their new single sucking more shit than a vacuum cleaner roughly inserted into a camel’s arse – they’re at one on the singles chart with ‘I Don’t Feel Like Dancin’’ (review).

But what’s goin’ on elsewhere, eh? In the singles chart Justin Timberlake obviously slips one to two, to accommodate the camp New Yorkers. This is a shame, as I’m liking ‘SexyBack’ more and more with each listen. That said, my opinion might’ve sprouted from purely comparative seeds, as Robbie Williams’ ‘Rudebox’, which so often seems to follow JT’s latest on radio and television alike, is the worst single to hit the top five since Blue teamed up with Stevie Wonder to destroy ‘Signed, Sealed, Delivered, I’m Yours’. It limps in at four.

You have to go as low as number twenty-five to find the first new entry on this week’s singles chart: Fergie’s excruciatingly awful ‘London Bridge’ debuts at said slot. The Rapture’s roller-disco-tastic ‘Get Myself Into It’ lands at thirty-six (review), and Mystery Jets’ ‘Diamonds In The Dark’ slips in at forty-seven (review). We didn’t realise it was eligible, but whatever.

Albums: Beyoncé’s amusingly-titled B’Day is the highest new entry, at three, and Audioslave’s Revelations impresses by reaching twelve on its week of release. Looking a little further down the chart, Basement Jaxx’s Crazy Itch Radio (review) only makes number sixteen, something of a disappointment for the good people of XL, no doubt, considering all the advertising the album’s enjoyed. Richard Hawley’s Coles Corner enjoys a little post-Mercury fortune, sitting fairly prettily at thirty-seven, while fellow Mercury nominees Hot Chip see their Warning album make forty-four this week. Guillemots’s Through The Windowpane climbs fifteen places to thirty-one. Arctic Monkeys’ prize-winning Whatever People Say… long-player remains in mid-twenties mediocrity, at twenty-five, but surely its audience is all but extinguished now?

Recommended albums out today include: Ben Kweller’s latest, a self-titled affair; The Needles’ In Search Of The Needles; Erase Errata’s triumphant third LP, Nightlife; The Mars Volta’s Amputechture (review); Yo La Tengo’s latest master class in indie-rock, I Am Not Afraid Of You And I Will Beat Your Ass; Red Sparowes’ second long-player, Every Red Heart Shines Toward The Red Sun; The Bronx, the second self-titled album by LA punks The Bronx; Bat For Lashes’ acclaimed debut Fur and Gold; and Mastodon’s absolutely phenomenal Blood Mountain album. Look out for reviews of some of these albums, and more, throughout the week.

Singles include The Dresden Dolls’ ‘Backstabber’, Fionn Regan’s beautiful ‘Put A Penny In The Slot’, and Bromheads Jacket’s ‘Trip To The Golden Arches’. Speaking of which, we’re off to lunch. See ya!