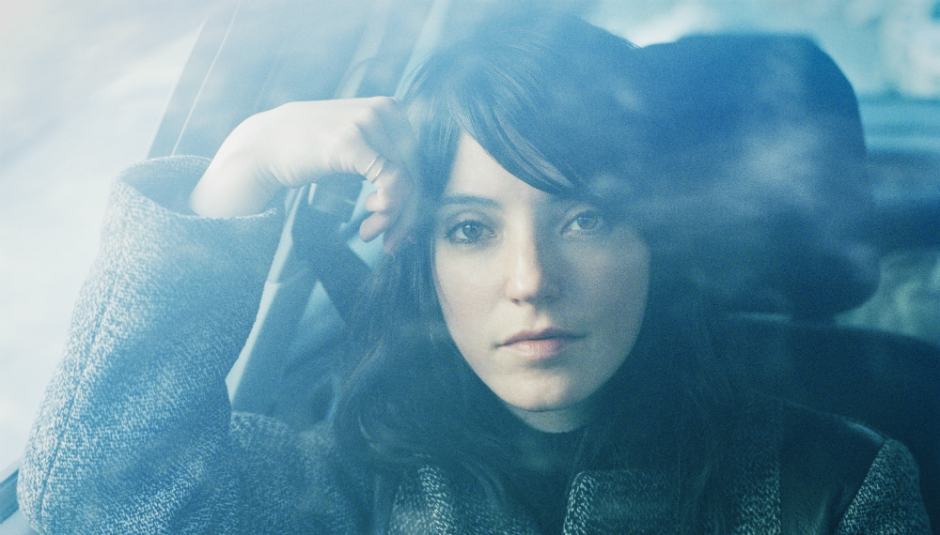 Hello. Thanks for dropping by for a brand new edition of DiS Does Singles. The only compendium of songs released in the last seven days that you need care about. Sorry The Guardian Guide, it's nothing personal.

This week saw the return of several of our favourite singer-songwriters. Christopher Owens reminded us why we got so excited about Girls a couple of years back, Lykke Li showed the world she needs a gargantuan hug, and Animal Collective's Avery Tare did some strange stuff with a puppet cat. Nothing illegal mind...

Most importantly, we saw witnessed a wondrous comeback from one of DiS' all-time favourites. Naturally, we handed her Single of Week without a moments hesitation. You simply don't mess about when Sharon Van Etten is in this kind of form.

Well, who else was it going to be? The chanteuse behind Drowned In Sound’s Album of 2012, Tramp, has returned with another sublime offering of sullen angst.

‘Taking Chances’ carries the same withered disposition as ‘Serpents’ and ‘Warsaw’, revelling in its downcast swirl of murky guitars and pleading vocals. Throughout there’s the nagging sensation that best of intentions might not be enough; everything’s set to wither away at the slightest provocation. Worse still, Sharon Van Etten plans to jump ship while the choice is still hers to make.

“Why don't we go now?” implores Brooklyn’s ever-morose virtuoso. “No need to think on our own now about it.”

From a quick glance at its dim veneer, ‘Taking Chances’ is very much business as usual for the former Beirut and The National collaborator. Added production gloss aside, no one who’s followed Van Etten since Because I Was In Love will be startled by the progression from her folk-inflected roots. There’s still a smidge of that outlook left in the way Are We There’s lead single transitions from Omnichord verses to its reverb-laden chorus with a minimum of fuss. Percussion is used as a threadbare backbone - propping up fragile emotions with sparse outbursts of snare and bass.

Delve into the story of Van Etten’s fourth album, and you’ll find it’s her most personal record yet. Driven by self-professed ‘insecurities’ to write on entirely her own terms, the LP’s supporting cast is significantly more low key this time around. Members of Efterklang, Lower Dens and Torres have replaced indie-rock royalty, allowing Sharon to dictate the way songs should slink around her perennial thirst for despair.

If ever Van Etten's songwriting prowess was in doubt, ‘Taking Chances’ is a stonking riposte to such nonsense. She’s here to stay, and sounding better than ever.

It Comes Back To You (Turnstile Music)

No one does homespun Americana like Christopher Owens. As the 21st century's Alex Chilton, he can fuse gospel theatrics and a righteous guitar solo into the kind of sermon you'd actually want to sit through.

'It Comes Back To You' ditches the cavalcade of flute that was daubed across last year's Lysandre and reverts back to Father, Son, Holy Ghost territory. It's a wonderfully lackadaisical ode to love that made our belly go skewiff upon hearing it. Just like when 'Thirteen' first crackled through our stereo all those years ago.

There’s no way to be absolutely sure about this, but Lykke Li seems to have had a thoroughly miserable time making her third album, I Never Learn. From immersing ourselves in ‘Love Me Like I'm Not Made Of Stone’, we have surmised some clues that all may not be so well with the Swedish artiste. Here are the results of our detailed investigation:

1) The song is called ‘Love Me Like I’m Not Made Of Stone’. Most things made of stone are tough, inanimate and tend to get shat on by birds. These are not positive connotations.

2) Its video features no singing or dancing - not even a cheeky handclap. Either Lykke Li couldn’t be bothered with promoting her new record or she wanted to make an artistic statement, by pretending to be a stone.

3) There are a lot of shadows too. Unless the clip cuts away before a surprise party starts, it’s likely that this darkness represents the emotional chasm caused by a recent break-up.

4) When you read the track’s lyrics all in one go, you feel pretty teary afterwards.

5) In a press release that describes the making I Never Learn, Lykke Li comments, “It was a horrible time.”

We’re sure you’ll all agree this amounts to some pretty fearsome detective work. Scotland Yard, you know where to find us.

Your Graduation (Run For Cover Records)

Modern Baseball are a super-rad band from Philadelphia who specialise in teenage tales of cheap beer and chronic self-loathing. Their album You’re Gonna Miss It All is the most fun we’ve had since the Lego movie, even if it does riff off pop-punk stalwarts like Green Day and Blink-182. Don’t let that put you off, frontman Brendan Lukens’ is (slightly) less juvenile than Mark Hoppus or Billie Joe Armstrong, and has an endearing stream of consciousness approach to songwriting.

‘Your Graduation’ is basically about meeting your ex at a party and wallowing in the onrush of woe this brings on. “It's been three whole years of me thinking about you every day. Sometimes for hours, sometimes in passing,” drawls Lukens at the songs opening. As you can imagine, everything turns out just fine...

Look we don’t know whether Alex Turner is the rock ‘n’ roll messiah that Great Britain wants/deserves. What’s clear though is that he writes much better songs than he does awards ceremony acceptance speeches. ‘Arabella’ is another stonking offering from last year’s AM that contains the words “interstellar ‘gaitor skin boots.” If the most popular band in the land know how to pen a tongue twister like that, they can spout as much nonsense as they want on primetime ITV1.

Hmm. After the meandering ‘Arcadia’ left us trepid towards the prospect of a Caroline Polachek solo album, ‘Backwards and Upwards’ does little to allay our fears. Its lithe bass and weird synth swoons never interlock in a toe-tapping manner, and anyone who doesn’t guffaw after hearing “Oh the driver is fine but the passenger is carsick” sung in falsetto needs their funny bone fixed. This may be the weirdest sex jam we’ve ever encountered, and that’s having listened to R Kelly’s Black Panties.

Who cares about the music? There’s a cat puppet involved.

Despite sitting through Crystal Palace vs Southampton FC last weekend, ‘I’m A Freak’ is quite easily the worst thing we’ve seen in the past seven days. It's ‘Blurred Lines’ minus the bits Pharrell nicked from Marvin Gaye's 'Got To Give It Up', and the casual sexism amped to 11. Honestly, if Enrique Iglesias singing into a model's arsehole is the best way to sell a pop song in 2014 then someone needs a special day to show these arseholes up.