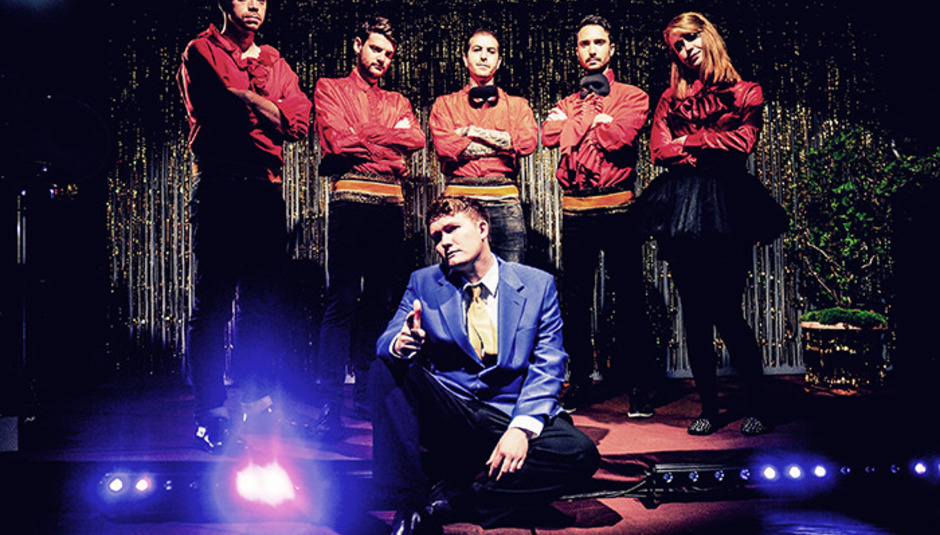 Hello. It's that time of the week when Drowned in Sound serves up the songs you need in your life, like now. In this edition of DiS Does Singles:

There's also new tracks for you from Poliça, Flume and Rosie Lowe. Plus, Los Campesinos! have Single of the Week. They're good that lot. There’s no formula for writing an amazing single. If there was every Pharrell song would be a Number 1, Beyoncé would have a new album out by now and Lee Mavers would be known for more than ‘There She Goes’. You just have to throw the kitchen sink at a wall and fashion something phenomenal from the debris.

For ‘Avocado Baby’, Los Campesinos! have supplemented their typically triumphant narcissism with a chearleading squad, cowbell-lead interlude and two choruses. There’s a lot to digest in its four minutes 36 seconds lifespan, but that’s what makes it so thrilling. You get to sit back in slack-jawed wonder as soaring chords and whip-smart puns are slapped together in perfect synergy.

After trying their hands at straight-up alt-rock (‘Romance Is Boring’) and dabbling with balladry (‘Hello Sadness’), LC! have finally come full circle. Far from being a deathly mature imitation of ‘The International Tweexcore Underground’, ‘Avocado Baby’ wears its six years in the making like a summer vacation. Time off from kitchen sink hysteria has allowed its creators to travel the world, acclimatise to yet more heartbreak and figure out how to become songwriters.

They can now craft their clutter so every instrumental onrush is chiselled down to only what’s necessary. Sometimes that’s synth, guitar and everything else all at once, others it’s just one man shouting about a peculiar green fruit - a nonsensical recipe for a single so good it's crazy. That’s why they called it the ‘Avocado Baby’.

To celebrate the ever-verbose Los Campesinos! nabbing Single of the Week again, we asked the Drowned In Sound forum for their favourite British lyricists. Conveniently enough, someone suggested Gareth Campesinos! but Billy Bragg, PJ Harvey and plenty more wordsmiths all got a mention. Here’s a playlist of the best picks…

James Murphy does something really impressive at the beginning of this David Bowie remix, he makes a round of applause mutate into a drum beat. Is this thrilling enough to justify spinning the ensuing track out for 10 minutes? Yes. Yes, it is.

Well done James. Treat yourself to something from the biccie jar and a glass of warm milk whilst you’re at it.

An R&B duet that couldn’t be better if had been sung by Nelly and Kelly, ‘PrimeTime’ counts as one the best songs both Janelle Monáe and Miguel have done. Still, its video is a bit iffy...

Janelle is working in a 12A-rated strip club where all the cyborg dancers remain fully clothed and Miguel just happens to have popped in for a casual drink. Rather than staring at the shapely robots in front of him, Miguel only has eyes for a different ‘Electric Lady’ and lets Janelle know this by reaching out to touch her. When a boring business-type does the same thing, she finds this irksome in the extreme quits her job and hooks up with Miguel later.

No. We don’t get it either.

Since Camera Obscura share their name with a Doctor Who novel, it was only a matter of time until the Glaswegian indie sorts paid homage to 80s sci-fi TV shows. Why they chose ‘Troublemaker’ as the Desire Lines track to do this is anyone’s guess but it’s a magnificent track from one of the year’s finest albums, so who really cares? Keep an eye out at 1.43 for a Stuart Murdoch cameo, as well as the appearance of Tracyene Campbell with what could well be her newborn baby Gene. Altogether now: AAAWWINNECUTE!!!

‘Chain In My Name’ is Poliça’s no holds barred punt at pop song and it twists through your sinews like the North Sea breeze. Seriously, wrap up warm because this single’s combination of machine gun drums and elastic bass is a disarming vessel for Channy Leaneagh’s vocoder-laced lyrics. These are underlined by the message that all love is futile and we’re pretty much guaranteed to die alone. In return, it’s only fair that Katie Perry has a crack at a Poliça song.

The person who introduced us to Flume told us he was ‘bigger than Harry Styles in Australia’. Having fully investigated this claim we can confirm the One Direction man has better hair and a more winsome grin than Harley Streten but he cannot touch the colonial commoner for woozy electronica. Win some lose some, we suppose.

The last time The Invisible’s Dave Okumu took a fledgling singer under his wing, she turned out to be Jessie Ware.

Now he’s teamed up with Kwes (Bobby Womack, The xx, Speech Debelle) to help steer Rosie Lowe in a similarly beguiling direction. ‘Me & Your Ghost’ is the trio’s first offering to the world. Listen to it and you can’t escape the feeling that lightning might strike twice.

Pancakes. Orange Juice. Cheerios. You will be consuming none of these if Prince has his way. His sexual appetite can’t be contained, even by the most important meal of the day.