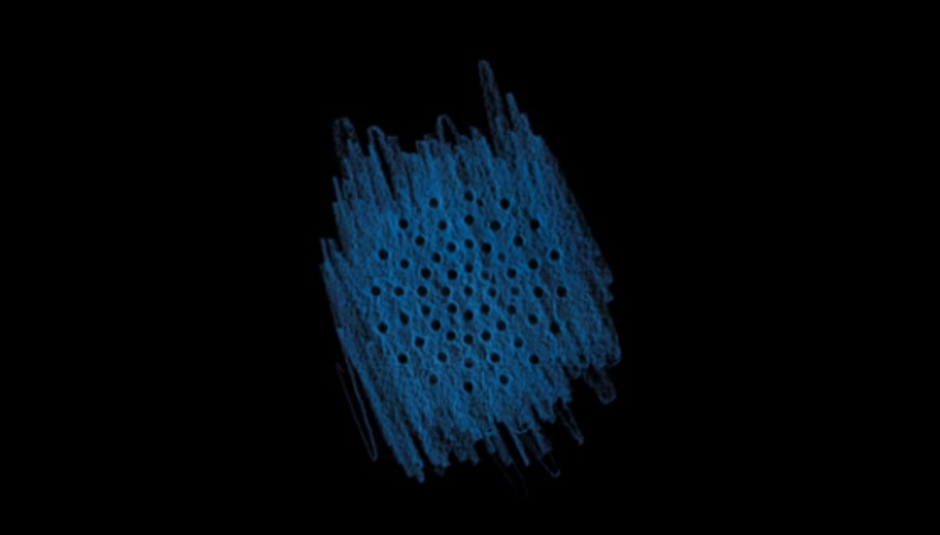 Hey there. Welcome to a brand new edition of DiS Does Singles. This week, Nine Inch Nails have 'done a Jay-Z' and returned from retirement. Poliça have done a collaboration and hooked up with the bloke from Bon Iver and Hot Chip have done a one-off single that's sensationally good.

There are also new songs from Tripwires, Forest Swords, Josef Salvat and The Epstein. Plus, Wiley has reached his lyrical nadir with a phrase that's worse than "I wanna get a Slush Puppy with both flavours, drink that now I'm right back in my zone." It's possible, I've heard it.

Not that this stops me from arguing back. I’ve been to Ministry of Sound... once. I went to the NME Indie Rave tour back in 2007. I like Hot Chip. Shut up!

Ignoring the kernel of truth that’s buried in my flatmate’s argument, he’s still wrong. ‘Dark & Stormy’ is a prime example of why:

1) It makes me want to pay a fiver on the door, alongside several fivers more on 'drinks deals', to consume its undulating magnificence through a gargantuan PA system.

2) You can play it on loop for a full half hour without getting bored.

3) It's available to buy on Beatport.

If this is mere pastiche, I want to know what the proper stuff sounds like. Why haven't I heard it before and do I have to go to a 24 hour extravaganza at Fabric to find it? I'm not sure my body can withstand that much techno.

Hot Chip's reputation as dance-pop alchemists is what should be cherished most about them. They're the clique at the party who huddle in the corner obsessing over synth arpeggios while the rest of the room guzzles ketamine and shuns vintage knitwear like the plague. Come 4 a.m. one of these factions is going to be arguing over the merits of post-Renaissance literature, the other is going to be rocking back and forth in the foetal position.

True, 'Dark & Stormy' has its head stuck in the stars. Its feet however, are pulling all sorts of shapes on the dancefloor. How could they stay still when confronted with layer upon layer of fizzing guitar and shimmering electronics. Like a playground merry-go-round, this track revolves at a dizzying pace with all its numerous hooks hopping on and off the ride in a fitful dalliance of whimsical fancy. Add Alexis Taylor’s melancholic philosophising into the melting pot and you’ve got a single that delves much deeper than the Disclosure album but does a dazzling trade in glossy surface too.

Dance music is a broad church. With ‘Dark & Stormy’, Hot Chip are preaching to the converted, the sceptics and the choir.

Fear not fans of digitised woe-is-R&B, Poliça have come up trumps with a new single to tide you over until their next album drops. They’ve even drafted in Justin Vernon (a.k.a. him out of Bon Iver) to ensure their barometer of misery doesn’t stretch above sub-zero.

‘The one who had a breakdown in a log cabin and then won a Grammy five years later?’

Technically, yes and he’s got his weird vocoder voice on like that time he hooked up with James Blake. Mercifully, the results are a lot better here because ‘Tiff’ is essentially a Poliça song with added backing vocals. This is no bad thing as Channy Leaneagh and co have a very specific methodology. That is: make the song’s BPM mirror the Queen’s pulse rate, chuck in some gloopy synths and be sure to give off a general air of doom. Marvelous stuff.

Alright, I’ll put my hands up. I’d never heard a Nine Inch Nails song until this week. After a press release alerted me to the re-emergence of what Wikipedia calls an ‘industrial rock project’, I did some investigative journalism. Apparently, NIN share the same record label as will.i.am, their acoustic ballad ‘Hurt’ has been covered by Leona Lewis and their frontman Trent Reznor once went to rehab for cocaine and alcohol addiction. Bearing all this in mind, I was expecting ‘Came Back Haunted’ to have more of a rave-pop feel to it. Nevermind, this caustic surge of eerie sentiment will do just fine.

‘Shimmer’ is a spunky little track that swings between bratty noise and smoldering resentment. Given the Yanks seem to have have co-opted shoegaze for themselves of late, I initially assumed Tripwires were spawn of the other side of the Atlantic. Actually, they’re a rowdy bunch from Reading that seem to be doing their damndest to resurrect the spirit of Ride and Chapterhouse without aping Glasvegas. Expect plenty of loud-quiet theatrics on their debut album without any rambling monologues over Beethoven’s ‘Moonlight Sonata’.

If Lana Del Rey and The Weeknd hadn’t already eeked out 90% of noir-pop’s mileage, then I’d be hyperventilating over Josef Salvat right now. ‘Hustler’ is a minor key tale of major league sexual misdemeanors that’s told with a whimpering falsetto and a chilling piano line. It’s the follow-up to ‘This Life’, another mournful song that got a lot of plays on Soundcloud and has a video that innovatively splices grainy Super 8-esque footage with modern day shots of Mr Salvat looking a bit torn. Since Lana Del Rey and The Weeknd already exist, the impact of this Aussie with a phenomenal taste in suits is somewhat lessened. This makes ‘Hustler’ a quality knock off from someone who'll probably do much better in the near future.

It’s not often you get confronted something akin to ‘Thor’s Stone’. A song where you resort to using phrases like ‘Satan’s didgeridoo’ and ‘primary school recorder lesson’ in your reviewing notes so that you can attempt to describe the tribal howl sampled in it. Both those phrases do a woeful job of conveying the foreboding nature of Mike Barnes’ latest drone-inflected single. Listening to it is like trekking into the cavernous remnants of a desecrated civilisation: you have no idea what you’re about to experience, yet you can’t resist stumbling onwards to satisfy your curiosity.

The Epstein - Calling Out Your Name (Zawinul)

God invented string sections as a means to puncture even the most hardened cynic’s heart. Hence the finale of every Disney movie has a segment set aside for ‘sweeping violins’ and folk bands are gifted an extra 30 seconds of listening time before their general tweeness gets too overwhelming. Realising this, The Epstein have slathered ‘Calling Out Your Name’ with enough orchestral flourishes to have you bewitched for the giddy duration of its running time. If your heart doesn’t tremble along with this song, you can’t have cried when Bambi’s mum died either. Monster!

From the man who brought you, “I got vibes to sell, people want them” comes “Told me she was a west side lady, had a few friends but they were all shady.”