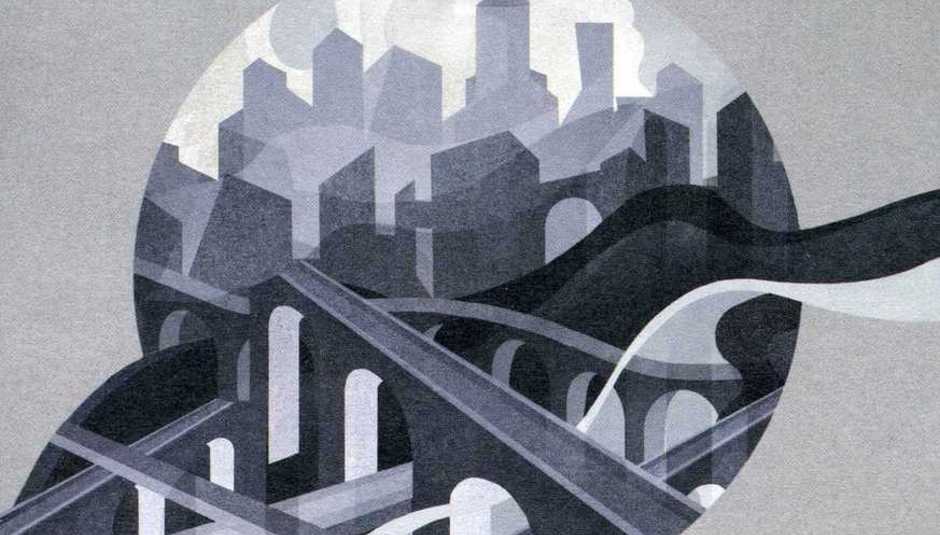 The problem with all known recording software and studio gadgetry is that there is no button marked 'atmoss' - no easy way to automatically put air or nimbus into a song. You will need Nick Talbot for that.

Bondax’ influences are writ large as if in neon (new jack smoothnesses, 90s whipcrack hi-hats) - but as ever, it’s what they do with them that counts. On ‘Baby I Got That’ there are synths spun in a Zoetrope, keyboard slabs that echo and chime - essentially: all the good things. It’s very giddy and they're only twelve - so do feel free to say a patronising 'Well done' at them. Just like what I am doing, here.

For all its class and undeniable beauty, I find ‘Wandering Star’ a little bit winebar; the sort of thing that fortysomething lotharios might play through expensive stereo systems, to clumsily seduce much younger women. Of course, it’s not Poliça's fault that I can imagine the godawful dinner parties where it will be used to signify just how 'nang' the person serving the monkfish-in-parma-ham still definitely is. But it’s also not my fault that I can't imagine hearing it in any other setting than a dread one. Sadly I am not down with the video, either - having spent half my youth doing interpretive dance I can hardly bear to see another meaningfully outstretched arm. But it is choreographed by the wonderful Yemi AD, who is responsible for what will go down in history as the only acceptable and non-annoying flashmob.

In a week in which I saw an episode of Blue Peter where You Me At Six appeared to be delivering a guide to becoming a ROCK BAND (upsetting) and Slash was given a Blue Peter badge (wrong), it was easy to feel wounded. Thank the Lord, then, for King Creosote, who is confident enough to release an eleven minute song called ‘Ankle Shackles’, which soothes like the balmiest of unguents.

If this were your introduction to dEUS you would assume them to be cosiest of cosies; an FM rock band who just wanted to sing kindly paeans to their best ladyfriends, before going home to them, promptly after. Having had the pleasure of squeezing said five grown Belgians into a tiny cabin for DiS, I can tell you this is some hot rot – they are proper intimidating, ludicrously tall, stubbled and suited as if the devil were their tailor. Don't be fooled, 'The Soft Fall' is a gateway song, before they hook you with their actual darkness.

Dan Deacon's blistering jam has a clever, visual Chinese whisper of a video in which thrush becomes truth. Tell you what, this does not happen in adverts for Canesten.

The View - ‘The Clock’ (Cooking Vinyl)

All you need to know about The View’s latest jam is that the first line is pure POETRY 4 LADZ. ‘The fire exit door has never agreed with me,’ sings Kyle, with as much meaning as he can muster. Which is to say, not much.

It would be wrong to let a week go by without including a song this garage-bred and inclement. And ‘Shelley’ is a brilliantly blustery three minutes. I mean, like most things that have stayed out well past their bedtime, it is a scruffy mess of vim and vigour. A floppy, one-night-stand of a single, then. Just not the guilty kind.

It is all very well for a person to spend their whole life studying indie as if it were some sort of advanced level you could be tested on at any moment; anyone can make a nosebag from the sleevenotes of perishingly obscure vinyl; reeling off incidental detail as if it really mattered who put the sugar in the studio tea as Viktor Orri Árnason restrung his violin. What you cannot warrant for (and do consider this a warning), is just how unbelievably up yourself (and downright uckfing annoying) you will feel, when you end up having a pash on a cove who likes not only Two Door Cinema Club; but Kings of Leon, Snow Patrol, Bombay Bicycle Club, White Lies and [oh my crikey] Kasabian. Especially when they ask you to explain what qualifies you to consign their favourite things to a sniffy, critical dustbin. In the scheme of things, of course, this is not exactly the Cuban Missile Crisis. But do be reassured and take my word for it; if they’re nice enough, do you know, you won’t care.

Wendy is on the internet, here. Of course: knowing you are a dreadful snob, is not the same as not being one.