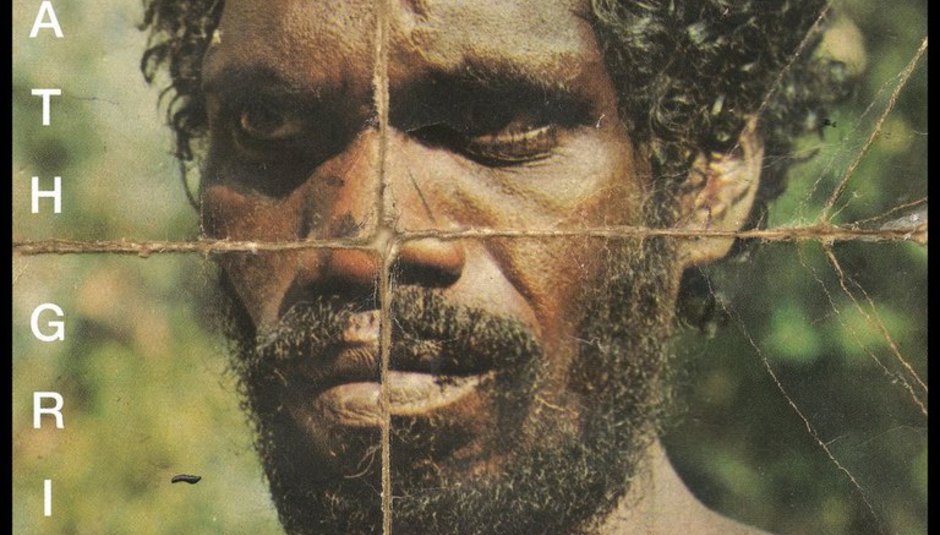 However, each and every year, there are records which slip through the cracks, that individuals who write for the site absolutely adore, yet few others seem to even be aware of. To help highlight a few lost records, a few years ago we invented the Lost List, and ask individuals to write some words explaining why the love the album in question. Over the next 11 days, we'll be counting down our lost 11 of 2011, and here comes our third instalment which punched Simon Jay Catling, our man in Manchester, right in the gut...

The first time I listened to Ex-Military, it hit me. No, not some thought-bubble realisation, I mean it physically felt like it hit me. The sensation was such that it caused me to stand up from my desk, stomach gripping itself reacting though it might to a real blow, solar plexus tensing, eyes-wide from the impact. Then, like a punch drunk trying to shake off an assault, I paced, stumbled across my room, came back to my starting point, hands trembling and senses askew. If much of the music I received this year drifted on the wisp of a wind, substance and meaning barely there; indeed if many of the people I shared time with this year passed onto me records, MP3s, links that came from a collectively similar place of sighing apathy, of slacker escapism; then Death Grips was a big fuck off antidote to all that. A pulverising, brutal force that entered the ring to a sampled Charles Manson dialogue, it flounced off after ‘Blood Creepin’s’ flurry of fists left me writhing on the floor, gasping for breath and gazing at the pink and green dots that had clouded my vision. It is, simply put, a heavyweight of a record.

When groups like Death Grips still exist I sometimes think we’re still alright, humankind. In an age where everything’s accessible, it’s those genres, sub-genres, sub-sub-genres that reflect a wider social context that still rise to prominence, that hold up an un-edifying mirror of the world. Remember Wavves? That was a good lesson wasn’t it? Get stoned, skate, learn three chords, sing about the above, get signed. He was one basic root, but there’s been an underlying current stretching from the most basic of lo-fi to the most intricate of laptop artists and everything in between which has seen musicians, through their sounds and lyrics, push further back away from reality as reality’s horrors grow ever more ominous. Death Grips see beyond our own reflection, they see the darkness behind it and they give it to us in spades, humanity eating itself - “I am the beast I worship,” perhaps the most oft quoted line of Ex-Military but the one that sums up this album and this act better than anything else they put to record here.

Everything here is confrontational; hey here’s an idea! Put MC Ride, a man who, it becomes quickly apparent, is one of the meanest, nastiest sounding MCs in the game – and we’re talking tone of delivery here, not cheap high school insults – team him with an insatiable beat junkie in Zach Hill – the same Zach Hill who incidentally fractured his wrist from hitting the skins too hard when practising with Wavves, out of, what, misfortune? Frustration? Circle them around the cagey, pensive producer Flatlander and wait. You don’t have to for long, each track is a shot to the jugular, a spiteful bite of sound that’s incisors cut deep, drawing influences from hip-hop, punk, industrial and some of the darkest dance floors known in the group’s residential Sacramento.

‘Beware’ is a grand portent, as panoramic as they get, starting off at loud and finishing up with everything shoved Right. Up. There. In. Your. Fucking. Face. Yet from then in the punches come thick and fast, the face-off done and the duel beginning, with only one victor. ‘Guillotine’ possesses less competing textures but each is sharpened to hurt, whether it’s Ride’s punched out flow or Flatlander’s writhing samples; ‘Spread Eagle Cross The Block’ is sun-scorched, wild west swagger, EQ levels pounding the red limit, its narrator adding to the oppressive atmosphere by shouting all around him down. That’s nothing compared to ‘Lord Of The Game’ which hurtles through at tempo; witnessed live in a searing, clammy Salford mill it turned an already merging millieu of bodies into a savage pack of tearing hounds, bodies black and blue at the beckoning of its frenetic samples and double-pronged vocal attack, Mexican Girl assisting on the latter. It goes on; ‘Takyon (Death Yon)’, ‘Klink’, ‘Culture Shock’ – I’m just listing the titles in album order here now, they surge past, one after another, each one flying not over or around but straight through, a juggernauting impact that’s only matched by the blow that follows it immediately. Only ‘Culture Shock’ offers anything near a respite and even then we’re hit with a verbal overload that matches previous sonic content; “You speak in abbreviations because real life conversation moves too slow” / “You're the media's creation, yeah your free will has been taken and you don't know.”

When groups like Death Grips still exist I sometimes think we’re still alright. They’re aware, there are still artists who are still aware, they see the dark and draw it in unflinchingly; MC Ride’s serpent tongued delivery brings many things; fanfare, prophesising, observation but it speaks from a place of grave depravity, a godless world which he claims to be “Born to reign above all that you claim to know beyond a doubt.” With self-aggrandising bravado (“I fuck the music, I make it cum”) he offers down insights of the landscape around him (“Useless information occupies every open space inside your skull / You know whats going on every day every night” ) all the while willing confrontation (“Bring it, bring that shit heated”).
Death Grips are a musical embodiment of the rotten core that more and more seek to ignore in the 21st century. Their music is gnarled, bleak, twisted, they deliver it with a sadistic glee, a malice and an energy that’s simultaneously electrifying and terrifying. Look into the mirror, no, really look into it.