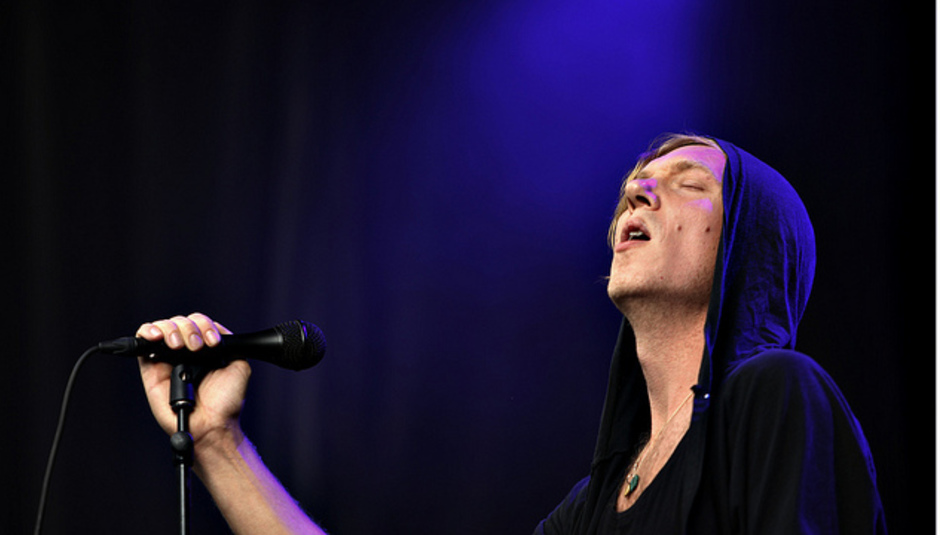 The beauty about this song is that you can change the lyrics of the chorus slightly and it becomes a bit of popropriation. I.E if you are perambulating on the way to your job then it's "walking to work! walking to work!". Great, eh? Earlier this week Field Music announced a new album. Very good stuff.

2. Jens Lekman - 'An Argument With Myself'

For years I thought Jens Lekman was some kind of joke singer, appreciated only by sopping wet indie-pop nerds. Then I realised what a bellend I had been and began to appreciate him for his moments of near-genius which are plentiful. Sean Adams went to Paris and saw Mr Lekman. He thought he was brilliant, too.

Walls' Coracle is one of the best of the year, no doubt. It got reviewed by us this week and was awarded 9/10. It's gonna be on heavy rotation for the next few weeks at least and then, when the album of the year lists come out, well, who knows?

Gold Panda keeps producing the goods. I don't think he'll ever stop. He's some productive fellow. We reviewed his next step, A DJ-Kicks compilation, here. Verdict: Yeah, a continuation of the stuff he's already done. I.E GOOD and worthy of further investigation.

Blouse may very well sound like "the past", but it's a past that is worth remember and some may argue worth continuing. We reviewed their self-titled debut record here. It's available on Spotify in its entirety, by the way.

I don't think there's a finer track to really "get" what these Danes are "all about". The whole album is obviously a good indicator, but this track in particular stands out, showcasing their excellence in just over 3.5 minutes. Compact, it is. There's a remix of 'Parix' - which will be their next single - available for download.

As we mentioned in the article itself, now is the time of year when 2012s early releases start getting announced. There's been a pile of them this week, including a mini-album from Gonjasufi, something we're very much looking forward to. It can't be bad, can it? Read more about it here.

Be warned: She's really going for it here. And I mean really. There's no holding back, no stopping here, she's doing it for herself. As for her new record? Well it's alright, I guess. Probably way over the top in parts, no doubt. Read our full review here.

This was Single of the Week. With Wendy Roby writing that: "'I'm His Girl' is sung in such a way that puts you in mind of girls whose only utterances are backchat; it is a single for which the word ‘sashay’ might have been invented and it is also - if we are on the subject of words - the sort of pop song that provokes a person to see if it might be possible to reclaim the word ‘sass’, after years of it being used to describe women in the dread mould of Carol McGiffin. For now, the exact route of the Sass Walk may have to be ‘the stairs’ or ‘the corridor to the bathroom’, and it may be a private sort of affair. But it will be no less spirited for that." More here.

This particular track has the potential to be one of the most irritating and grating tracks of all time. It comes close to fulfilling its potential for me, anyway. Wendy Roby reviewed it in her Singles of the Week. She wasn't OVERLY fussed with it.