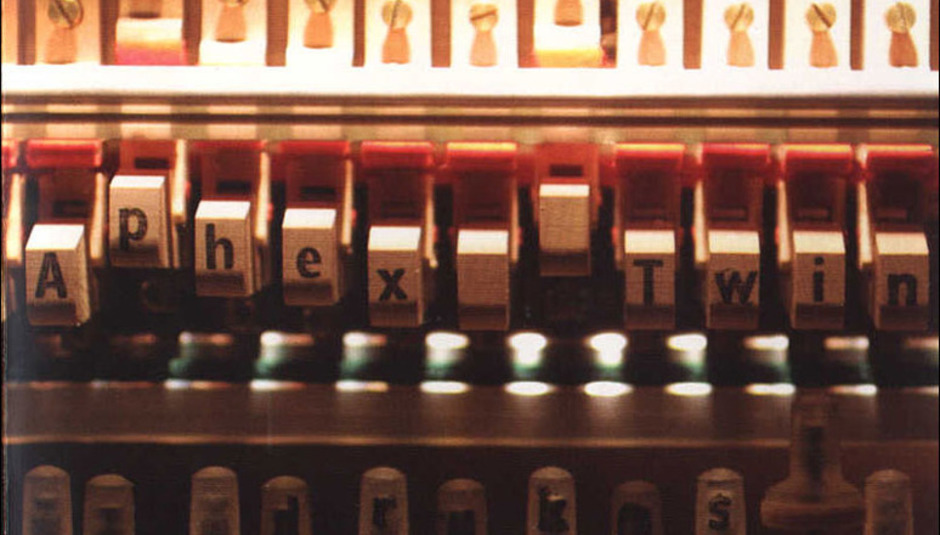 A decade of Drukqs: Aphex Twin’s opus, ten years on

A decade of Drukqs: Aphex Twin’s opus, ten years on

Released ten years ago today, few could have predicted the apoplectic sonics of Aphex Twin's seminal double album Drukqs would still be resonating as they are. Rolling Stone called it “indecipherable” and “gratuitously weird.” Billboard slightly more diplomatically deemed it “an ambitious but ultimately failed experiment.” Q simply scratched its head in puzzled despair, asking: “what is it for?”. But a decade on it is more vital and relevant than ever, not only in the murky undertow of “credible” music circles but in the cold harsh light of mainstream pop culture too: mined for samples by Kanye West, used on the much cherished American institution that is Saturday Night Live, the album’s twitchy mechanical clutter audible in blockbuster films and BBC2 primetime TV programming.

How did it come to this? How has an album so aggressively avant-garde - crafted by a self-professed "irritating, lying ginger kid from Cornwall” no less - lingered on in the popular imagination like this? As the last ten years have lurched on, Drukqs has accrued more and more cultural momentum. Aphex Twin is now practically a household name, a sort of shorthand for an unapologetically obtuse ethos. The album’s warped sounds, strange timbres and arrhythmic glitches have inspired an entire breed of new artists: its shadow looming large over Sufjan Steven’s Age Of Adz and traceable in the xx’s gloomy soundscapes, not to mention a certain gargantuan Oxford band who credit all their most compelling work to Aphex’s influence. Drukqs has become, quite simply, a touchstone for daring, intoxicating musical adventuring.

Audacious, overly long and seemingly inpenetrable, Drukqs should have faded into obscurity by now. Achingly hostile throughout bar a few tender swells of minimalist piano, it should be cherished only by nostalgic survivors of pilled-up youths spent in dirty basement raves. It should be discussed only by high-brow intelligentsia types, the album’s every nuance dissected between sips of a macchiato in softly-lit coffee houses, gushed over breathlessly with an intensity usually reserved for Cage, Stockhausen and Reich. Instead its popularity simmers on a more public domain. How the hell did it come to this?

You could ask the man himself but you almost certainly wouldn’t glean much from the encounter. Every bit as erratic, unpredictable and provocative as his music, Aphex – or Richard D. James to use his real name – has never really spoken genuinely about his craft to the press. Or if he has, any truth has been buried, lost in the provocative jests, self-made myths and laughable fibs that he invariably floods interviews with. His record sales have made him millions, he attests. He lives in a converted bank vault. He owns a tank and a submarine (“…missiles, rockets, you can get all that shit. You could probably buy a battleship if you had enough money,” he once told the Guardian). He sleeps only two or three hours a night. He thinks schizophrenic people are “fucking excellent”. He refuses to release his most innovative and inspiring work because “it’ll only get ripped off.” Prior to Drukqs he told the world any forthcoming releases would be posthumous.

Maybe that’s part of the lasting appeal about Drukqs and its creator. In age where artists are drilled for information from every angle, carefully briefed and prepped with PR-happy responses, the album and James remain perplexing mysteries; endearingly elusive and begging interpretation. To me, he’s insolvable, like a Rubik’s cube to a colour-blind child, and Drukqs remains his most enigmatic puzzle. Has the endless digitized bleeping of the eminent technologies of the last decade made Drukqs’ mechanized buzzes and barks less alien over the years? Or is the record’s enduring appeal all thanks to Radiohead? (Thom Yorke only days ago delved into Drukqs for a track on his BBC 6 Music radio mix).

Released in the fallout of the September 11 attacks, Drukqs touched a cold, steely nerve amid all the constant television noise of the time. For me it was an epochal moment of my teenage years – thirty songs bootlegged on a minidisc (remember them?) shoved into my hand in a school corridor by a friend that clawed their way deep into my musical affections. Sometimes bleak, sometimes beautiful, always evocative: never mind Kanye West, Drukqs is a true beautiful, dark, twisted fantasy.