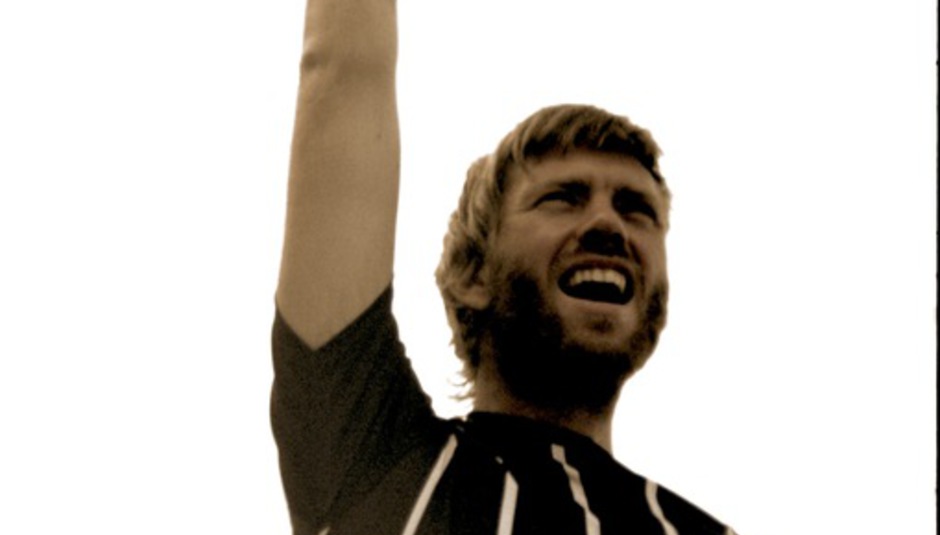 Thinking about the idea of interviewing another musician made me shudder. I generally get very bored of interviews with my colleagues and I always feel sorry for people who are forced to read interviews where we musicians ooze generic nonsense, just for the sake of it. Maybe it's unavoidable, but it still baffles me.

So, I decided to try and get a hold of a different kind of artist, a character of mythical proportions that I have admired since I was a kid. It wasn't easy to get in contact with a legend like Sócrates, but with the great help of a Brazilian friend of mine, Bruno Granato, I succeeded in getting an email interview with the master. Of course, I would have much preferred to sit down with him and talk like humans, but Brazil is a bit of a walk from my home.

Sócrates Brasileiro Sampaio de Souza Vieira de Oliveira was not only one of the greatest footballers of all time, captain of the legendary Brazil world cup teams of 1982 and 1986, but a doctor of medicine, philosopher, drinker and chain smoker. And a singer, as I learned. He used football to challenge and protest the military dictatorship in Brazil, which few dared to confront and was a co-founder of the Corinthian Democracy movement.

In a world that seems to be void of idealists, I want to be like Socrates when I grow up, so I was thrilled to get to interview him.

Footballers are always encourage to keep their nose out of politics. Can you please tell me about your involvement with the Corinthians Democracy? Generally, players are encouraged to take children's behaviour, inconsistent with the chronological age, because they know the power that these workers have.

This kind of artists are the only workers who have more power than the bosses.

Then, we have to know where and how we can interfere in human relations around us.

A simple political action on the neighbourhood may modify the welfare of all.

Imagine when we have a popular activity where every action we take causes reflexions (sic) and reactions: we can change the nation in which we operate. Corinthians democracy is a revolutionary example, where all decisions of collective interest were brought to vote without discrimination of race, religion, political power or economic, professional value or charge. Without privileges of any order. The simplest employer - the wardrobe, for example - had their votes in the same weight as the director of the team or the best player or the last book that never play.

The will of the majority was the goal of that micro-society. In other words: democracy (people power) has perhaps never been so well respected. Simply gave us the right to see everyone as equal legislate in favour of more humble and less valuable in contemporary society that only values money, success and celebrating. 1982 World Cup. The Italians literally kicked Brazil out of the competition in the semi finals? Where you ever bitter about loosing to a team employing barbarian tactics or are you a fan of pragmatism in football?? Who does not know to feel the beauty of football, can never understand that the great fascination of this sport is exactly the reunion of cultural events to which it can absorb. Besides being the most collective of the sports in which there is a player who determines the victory or defeat as in volleyball (elevator) in baseball (pitcher) or American-football (quarter-back), the football is given the luxury of allow the worst to win. Nothing more Marxist or Gramscian than this sport.

I read recently that you are a theatre enthusiast. What kind of theatre interests you? Do you take an active part in theatre in Brazil in any way? Yes. I had already produced theatre and wrote a play in which the central theme was about the football, but it aims trying to show that we are all equal. The scene is an interview of a great football star where the camera-man is a frustrated player, the makeup artist is married to an ex player in misery, the girlfriend of the star is pregnant and is it in the butter, etc. In minutes the power turns off and turn the television studio into a great Freudian couch where all the characters realize that they are just human and are stuck in the same boat and therefore should be given the power to survive. The energy, however, back and everything returns back to the old social organization in which some believe are gods and mere eunuch.

It seems that interesting characters in modern football as well as modern pop music are becoming extinct. Do you share this sentiment? The modern man stopped showing himself but accepts to be painted according to a dominant ideology, since it only gives you access to consumer goods that sells ideology as synonymous of happiness. Its like date a girl that you barely know just because it represents some power instead of date the one you love. It's like a fake Cinderella story, where even the bad wolf must pass through the ideological test...we don't have anymore "streetsmart"...

Since this is an interview for a music publication, I would really like to ask you if you were involved or in contact with any Brazilian musicians while you were a player. And what is your take on Brazilian music? I got the music in my blood and I composed some sixty songs - as author, of course, as my ears were never trained for musical notes, harmonies. I hear everything, but Chico Buarque de Holanda, the Cuban Pablo Milanes and Chilean Violeta Parra are among many, my favorites. OH! As a singer I already recorded three records. Very eclectic, don’t you think?  And you never saw my paintings, my poetry, my books, my tears and my soul...

Tell me about your appearance with Garthford Town? Why come to Yorkshire to put your football-boots back on?  (Sócrates made on of the strangest comebacks ever in football, playing for the tiny club in the Northern Counties Eastern Football Leagues against Tadcaster Albion in 2004 at 50 years of age)? I was invited by Cliffort of Leeds to meet his method of education for children of young age and I got interested. Then he invited me to play on his team and I accepted. Just never knew it was a league game and he ended up doing a great marketing move. In any way, I am the oldest player to be transferred to the outside world these days that even kids with diapers want to go to Europe play football. It is to laugh!

If I invite you to come play with my club here in Iceland, would you consider it? We play 7 a side in a tiny league. We could go have a beer after the game. What do you think? I like the beer part. But nowadays, I only drink beer without alcohol in order to maintain always clarity.

Thank you. Maybe we can meet each other someday.

Kisses to all that read us! Sócrates