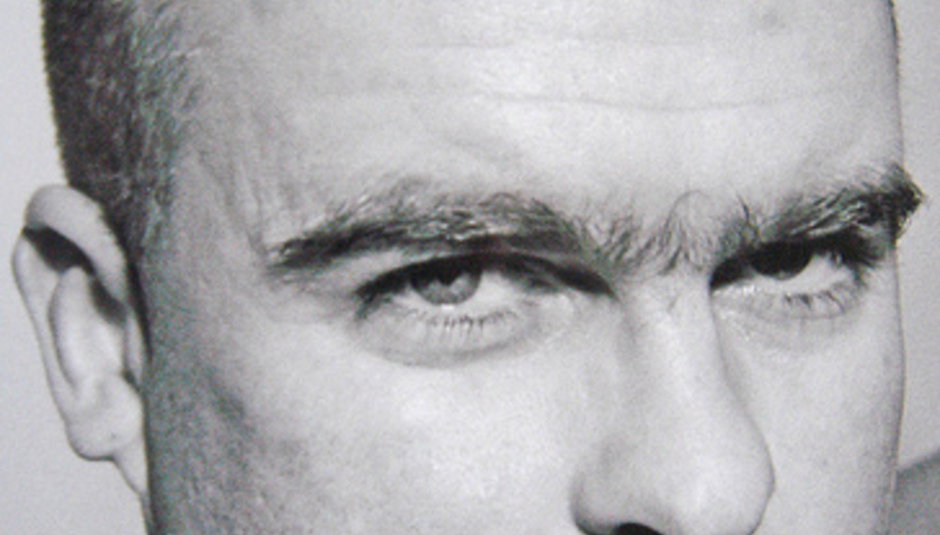 You write to make an impact: A tribute to Steven Wells

You write to make an impact: A tribute to Steven Wells

Editors’ note: this is the full version of an article originally commissioned to run in a recent special edition of Philadelphia Weekly dedicated to former NME (and Philadelphia Weekly) music critic Steven Wells (‘Swells’) who’d died of cancer the week before. Space constraints meant it got edited down. We’ve chosen to run it in full here, both as tribute to Swells and also as an introduction to the week-long series discussing the changing role of the music critic in web 2.0 – hopefully it serves as an insight into a key approach to criticism.

You write to make an impact.

You write to entertain.

You write to put your message across.

You write, using whatever tools at your disposal. Entertain. You’re a music critic. ENTERTAIN. This is the entertainment industry, after all.

You write to make people remember what you’ve written and to act upon it. You write because you believe that you can change the world. If you didn’t believe that, you wouldn’t be writing. You’re a music critic and you don’t like something? DESTROY IT. Destroy it. If you love you also hate. So…DESTROY.

I first met Steven Wells – when? I have no idea. It was the early 80s, he was Seething Wells. I’d seen him winding up audiences from on stage – in squats and at colleges, in support to the fiery polemic of rock bands such as The Redskins and Poison Girls – with his own home-brewed brand of ‘ranting poetry’. It was hilarious. It was rapid-fire. It was male and brash and SHOUTED IN CAPITAL LETTERS.

I was intimidated. I thought there was no way our paths would cross – especially when he became Susan Williams and started winding up the NME’s readership in similar fashion: liberals hate the sight of a man who views everything in black and white, who doesn’t necessarily but argues vociferously and brilliantly that he does, who believes that everything he believes is right, who is able to prick at the pompous and polarise everyone he comes into contact with.

Swells was funny and opinionated and smart enough to realise his limitations and work within them. He did it for himself. He was from the fanzine world. He was a tastemaker critic for sure. People took notice of his opinions, and acted upon them. And let’s stop this whole “brilliant music writer with no real interest in music” line before it gets too out of hand, shall we? ‘Course Swells loved music: he just didn’t think responsibility should begin and end in the studio, knew that everything exists within a much broader context.

Swells was a tastemaker. He informed people’s opinions, challenged them, led them, changed them…most of this by default, by sheer force of his personality and peerless ability to entertain. If something was wrong, it was wrong. Didn’t matter what anyone else thought. ‘Course, Swells might then change his mind the next day. ‘Course he was immature.

We did eventually meet. We shared a love for exclamation marks, capital letters, immediate communication, impassioned sloganeering, comic books and the Three Johns/Mekons axis. We wrote several articles together – including a cover story for NME on fanzines where every second word was in UPPER CASE. Indeed, he ended up being my closest ally at the paper (and I never quite understood why: he was so brilliant and funny and infuriating – larger than life, for damn sure – while I had difficulty stringing a sentence together). He was a tower of strength for me, something I never forgot.

Later, we were rivals – me, as a notorious Melody Maker critic during the 90s: him, working his inspired devilry, still at NME. And that’s where we left it. I remained so jealous of him. He achieved so much. He touched so many. He defined and fulfilled his potential.

WHY WRITE ABOUT MUSIC?

The generation of music critics I grew up among believed in the power of their words, their ability to change everything. Why shouldn’t they have? Everything was still centralised, power resided within the hands of the most confident or privileged or smart, punk had happened a few years before – proof it was possible for the insurrectionists, the immature and needy, to change people’s lives with a few well-chosen words and chords. Crucially, folk paid attention.

Never trust a critic who claims to be objective or impartial. At the least, they haven’t thought through what they’re doing.

Everyone was a tastemaker back then, and those that weren’t quickly got forgotten. The four papers (NME, Sounds, Melody Maker, Record Mirror) that comprised the UK music press at the start of the 80s were just about the only place you could learn about music (of any sort)…the American critics reneged on their responsibilities the moment they started demanding a college education.

This was the environment where myself and Swells received our schooling: constant argument, evaluation, examination, politicised and personal… if you didn’t create a persona for yourself, you stood no chance. It was a goldfish eat goldfish world. WHY WRITE IF YOU’RE NOT GOING TO CREATE AN IMPACT?

Swells saw the NME as a natural platform for his ranting. It was open to outsiders. It commanded a massive weekly audience. It was immediate. It prided itself on its polyglottic identity made up of diffuse critical approaches – sociological (looking at the effect music has on its audience), gonzo (what gives the finished story authenticity is the journalist’s involvement), analytical, reportage, music as consumer guide, and so on.

It’s been written since his death that Swells is best known for his writings at NME during the 80s. Not true. During the 80s, as brilliant and inspirational as he often was, he was operating at a paper that championed writers of his ilk. It wasn’t until most of the UK tastemakers fucked off towards the end of the decade that Swells really shone: as the NME’s one truly opinionated voice, he stood alone – whatever readers thought of his taste in music. He was unafraid because he didn’t know how else to behave.

Believe in us, and we have the power to change worlds. Stop believing in us and we cease to exist. Do the public really require – or even want – a faceless ‘meta’ critic, the lowest common denominator of countless opinions, where all opinion is reduced to a mean average mark? Isn’t that taking all the fun away? Perhaps we could reduce all literature to a maths primer while we’re at it, and make sure rock bands all sound like Coldplay.

I guess the outpourings of grief surrounding Steven’s death all have something in common.

3) We miss those days of the tastemaker critic and isn’t the NME (etc.) a weaker publication for the passing of them?

Obviously we’re talking a certain demographic – specifically, the people who read Steven Wells – but there’s a hell of a consensus going down. Not one of the hundreds of comments and blogs I’ve read since Swells’ death has indicated that this perceived change in critical approach might be in any way considered a positive. And yet, considering the occupation of many of those posting (fellow critics working within a tastemaker-free environment), surely it must? Surely, it must.