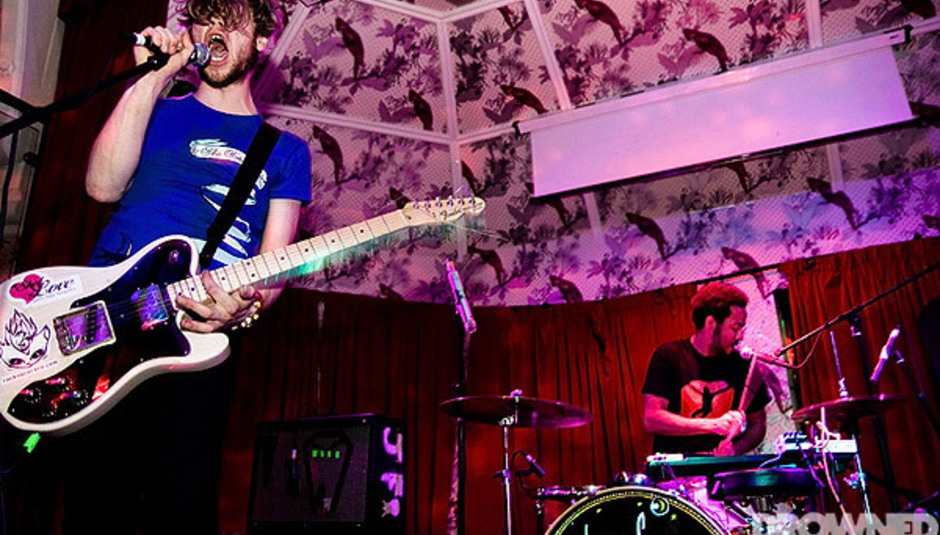 Johnny Foreigner have played something like 892 shows in the last 18 month and they also managed to release a super debut album. All pretty pretty impressive.

They don't ever really seem to stop touring...so just to reassure you all they hadn't fallen off the earth they agreed to do a tour diary (back by overwhelming public demand from last year's tour diaries) in video format for us.

In the latest instalment of their tour diary they take in the sights of Leicester then Brighton, which involves graffiti penises, silvery balloons and Kelly wearing a horse-mask.

But first, here's a pre-(r)amble by Kelly.

welcome to the fourth instalment of our spinal tap inspired documentary, highlighting the highs/ lows of an English indie rock band touring with their friends.

This episode is called When Johnny Foreigner Filmed Tubelord Fannying About In Leicester And Then Went To Brighton And Had The Biggest Bottle Of Gin They Ever Had Ever Stolen But Then They Played A Really Fun Show To A Super Nice Crowd So It's Ok And Then They Went Home.

Idlewild literally BEGGED us to film them for inclusion, but we were like, No Roddy, it's our tour diary, not yrs. But then we relented and popped a snippet of them playing in.

No but really, if you listen really closely, you can almost hear lex wet himself in excitement during roseability. I was gleeful too. Jr wasn't, cos he was outside kissing pete from calories.

In Photos: Deerhunter @ The Deaf Inst...

In Photos: Future of the Left @ Manch...