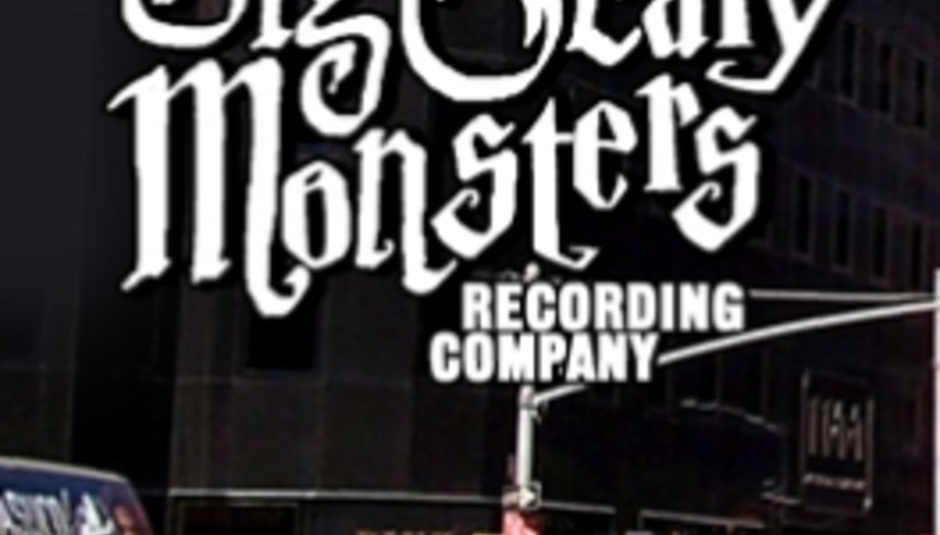 I decided not to write this month's column from Wetherspoons. I didn't want to give the impression that I'm some kind of dirty alcoholic who lives on £1.29 Sailor Jerry rum and value breakfasts. Instead I'm at home, currently cooking some form of chicken curry and only half-thinking about having a drink.

It's been a busy few weeks since my first column for this lovely website. I attempted to go to Barcelona for a short holiday, but Mother Nature was having none of that and cancelled my flight the minute I walked into the airport. The cruel bitch. She also put paid to my plans of visiting Cardiff but thankfully did allow me to hit Belfast for a crazy couple of days. I've worked hard (ferociously, at times) on the forthcoming Copy Haho EP release, announced the signings of not one, not even two, but three new bands, I've Twittered as fast as my little fingers will allow and I've taken a day off to be creative. Well, that's today, actually. Hi!

Continuing my idea of increasing productivity by changing my surroundings or working objectives I've dedicated this day to "being creative". Good hey? I knew there were perks in this job somewhere, although don't tell this man, he already has my cards marked. Since 9am this morning I have designed an anti-pesto t-shirt, a new badge, printed, cut, folded, scored, glued, stickered, inserted and tinned over 100 'Spring Collection' CDs (see below) and added a few new ideas to the ever-increasing BSM Playbook. Oh and I get very annoyed about something, but lets get the positive stuff out of the way first...

I was lucky enough to be invited over to Belfast by the organisers of UnConvention for what turned out to be a very inspiring, not to mention flattering, 48 hours. It began difficultly having failed to sleep the previous night, so you can imagine my mental state come 12pm the next day when I'm whisked up on stage facing a large crowd, bright lights and a number of questions about the future of record labels. "Dandy" I said. Myself and my fellow panelees (yeah that could be a word, leave it!) talked openly and confidently about the way forward for us all, the importance of being creative and we later came back together to discuss a few exciting collective ideas. It was nice to be surrounded by so many likeminded and positive people. I got to spend some time with (and receive free wi-fi in the hotel because of) Huw Stephens, arguably the truest of underground music supporters in today's popular media, and to meet people like Gareth from Bearded Magazine (a beautiful publication dedicated to independent bands and labels) and Andrew Dubber, a man I've followed the insightful thoughts of online for a while now. Perhaps most rewarding of all was the chance to experience a scene which, at least from the outside, seems well put together, supportive and friendly. The weekend then passed by in a blur of more talks, whiskey and, er, missed flights, but I thoroughly urge you all to check out the Manchester UnConvention this June, and indeed Belfast next January.

"Thanks for the add"

I think that apart from my crushing hangover, the only slightly negative thing I could take away from the weekend was the surprising number of bands who still see Myspace as the one and only tool to build their profile. I must have spoken to a good 20 - 30 over the two days, all of whom answered the question "so what are you doing to promote yourselves?" with "well we're sending Myspace bulletins out." Granted, in 2005, this was a good idea. Bands like Enter Shikari are proof of that, but does it still work? How many music fans still have a Myspace account and actively engage with artists through it? Perhaps it's just the BSM profile, but I can't see anyone through the crowds of spam robots, crap music and girls trying to flash their tits.

Yesterday I made my weekly trawl through our newly received comments. 4 pages of the things and only twice did I reach for the 'approve' button, and one of those was just because it was so bad it was funny. Seriously, in the year 2009 there is absolutely no way that you, as an aspiring musician, should be trying to raise your profile by uttering the words "thanks for the add." Anywhere. Ever. Especially when it was YOU who did the adding!

I'm not going to get all self-righteous and start telling you the way you should be presenting your band or approaching people, but what I will tell you is that I have never, and honestly believe I will never sign a band based upon receiving a Myspace comment from them thanking me for something I didn't do. I don't think I'm the only one who feels this way, either. Sometimes I wonder if, for all its good, Myspace is starting to spawn a generation of lazy and un-creative bands, to reliant upon its features to think outside of the box. I don't expect anyone to name and shame themselves, far from it, but if you're reading this and are thinking "hold on, I use an adder robot to thank people for the add" take a moment to consider what you'd do if Myspace no longer existed. How would you go about getting your name out in such a competitive industry? NB: The answer is not sending blanket emails to as many (mostly unsuitable) record labels as possible, attaching a large MP3 which you freely admit isn't your best work. And it doesn't yet have vocals. And it's un-mastered. And your drummer just quit. Oh and you're based on the other side of the world.

When I started this column I told myself I wouldn't turn it into some kind of BSM promoting spiel, but I've spent so many, many hours packaging up CDs today, I just had to squeeze in a little plug! Sorry.

We've just launched our 2009 Collection which is a series of four compilation CDs featuring brand new, unreleased, rare, live, demo and remixed music from Pulled Apart By Horses, This Town Needs Guns, Blakfish, Meet Me In St Louis, Copy Haho and the rest of our roster. Each CD in the set is limited to 365 date-stamped copies and if you subscribe to the whole series, you receive a free collectors tin, which hold four hand-made cardboard slipcases, hence the joy of my day.

The idea of the release came from a few of my own thoughts, coupled with some amazing feedback from loads of you via our blog and these very forums. As a bit of a thank you I wanted to share one of my personal favourite tracks from the Spring CD (the first of the four releases). It's a song from Mimas called '26 Is Danish For 4', which, if the title hasn't given it away already, is a cover of This Town Needs Guns classic, only slowed down, Scando-fied and made brilliantly weird. Download it here. Enjoy

I'm off to SXSW in a few weeks time. My hope is to write my next column whilst in the US, perhaps including small interview snippets with a few friends regarding their thoughts on creativity within the industry and the future of record labels. If anyone fancies hooking up to share their thoughts over a drink and perhaps a rodeo, my contact details are over at bsmrocks.com. Straight after the festival I'll be hopping in a hire car to drive roughly 1000 miles across country, taking in Houston, New Orleans, Alabama, Atlanta and goodness knows where else with an A&R guy and a press guy as my accomplices. Essentially it's the music industry, narrowed down, shut away in a small, hot car, filmed in black and white, sped up and with the Benny Hill music dubbed over. If I make it home alive, I'll tell you all about it...

In Photos: Emmy The Great in Sheffield