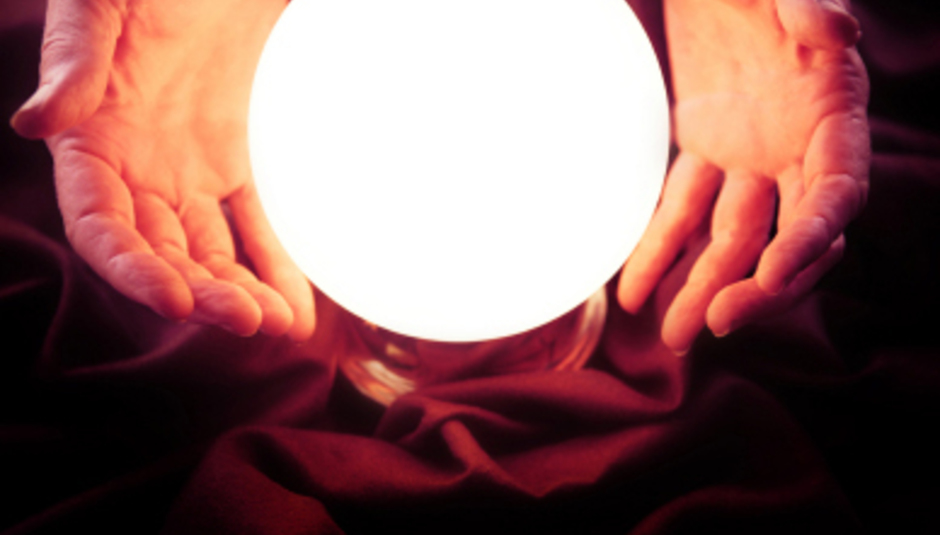 What will happen to music in 2009? You might as well ask 'How long is a piece of string?'. DiS went in search of patterns in the stars and shapes in the tea leaves and gazed longingly at its crystal ball. We then asked some informed, infectious and influential types who always seem to be on the cusp of what's good right now.

In part one we caught up with some former DiS contributors who've gone and got even more hands-on and now run the labels, manage the bands and have their own websites at the bloodiest edge of the invisible curve - or something - and sent our questionnaire to one of our favourite promoters. Here's what came back... One of the fellas behind influential London club/label/blog _No Pain in Pop and you may notice his name as he was previously DiS' news Editor..._

I'm not sure any particular sound can dominate now, but I suppose that Animal Collective's influence will continue to be felt within certain circles. You'd expect many long-distance Smell arrivistes to clog London's live arteries and a subsequent and ill-considered British backlash of some kind. The buried lunacy of Haunted Graffiti will probably begin to receive similar reverence, as will Joe Meek, though I'm not sure what form such worship might take. Hopefully some of Italo's gilded filth and dim red spaces will creep into FM pop, too.

Telepathe's debut album could be stunning and it'll be interesting to see if HEALTH continue to colour their stark noise with disco shades on the second LP. Animal Collective's new one should see them cement their position as the world's greatest band, even if it will act more as a compilation of live tracks they've been playing out for years now. DFA have a pair of fine 12"s on their hands from Walter Jones and Invisible Conga People and it's exciting to imagine where dubstep's anemophilous spread might take it next. Aside from that, anything new from Abe Vigoda, Arch M, Banjo or Freakout, Graffiti Island, Baby Venom, Th£ Samps, A Grave With No Name and/or Teengirl Fantasy. Gentle Friendly's unreleased album is incredible and we'll be on whatever Rough Trade or Audika manage to dig from Arthur Russell's left stack of demo tapes too, of course.

For 2009? The turn of a year shouldn't mean too much – the noises will sound the same now as they do in ten months time. Anything unheard from above plus anything released by Deep Medi, Apple Pips, Hessle Audio, Stones Throw, Lucky Me or Soul Jazz.

We've our second compilation coming out – I've been told by the others to call it 'epoch-defining', so you'd think that'll be pretty great. Then there's a 7" single from Banjo or Freakout to come in January. We're pretty sure there will be more releases and we're excited that we don't know what they are yet. As well as all the usual shows and the return of Nail The Cross, there's the possibility of a quarterly magazine and the certainty of diligent evangelism at our website.

Is The Man behind the scenes managing Rolo Tomassi and I Was a Cub Scout (RIP) as well as the label which released Emmy the Great's debut single. Before all that he wrote for DiS and championed everyone from The Darkness to Blood Brothers long before anyone had heard them.

There's a whole bunch of exciting young bands emerging that are taking the 'core attitudes of bands like Minus The Bear, Cap n Jazz and Pinback and ripping it through a thoroughly British pop filter. Colour and Ex-Lovers, for example.

Independent minded, scuzzy pop bands from the United States will continue to prosper and kill live in the UK. Next year's coolest kids will be XL/Merok's latest Meneguar inspired rockers Titus Andronicus.

Although Fallout Boy's Folie A Deux is coming out at the end of December, I imagine I will still be listening to it well into '09 if it's as good as the last two singles suggest.

I am particularly looking forward to the new David Bazan record Black Cloud, which is expected to be a full band effort and there's a nasty rumour flying around that The Get Up Kids are considering a reunion.

Emmy The Great should finally have a full length record out, which is about time. Rolo Tomassi will also follow up their debut album - Hysterics - next year, which will probably a) sound nothing like Hysterics b) be a groundbreaking piece of art.

Fear & Records is releasing Data Select Party's debut mini-album, Hanging Out With Humans, on February 23 2009. It's a crazy and exciting mix of Minus The Bear-isms and massive pop disco moves.

We will also undoubtedly be releasing a ton of exciting seven inches, mp3s and cassette tapes and managing some of the country's most exciting bands. Photo of Florence & the Machine by Burak Cingi

If you've not heard of Eat Your Own Ears you probably come from Baltimore or Auckland or maybe you just don't get out much. Tom promotes gigs in London including huge events like Field Day and Concrete & Glass...

I think dance music will make a big come back. And more bands really drawing on all different sounds from African to dance.

I am really excited to hear the new Animal Collective album out in January on Domino. I hear really great things about it, and going on their live show at ATP I think it could be an amazing upbeat, dancy and pop album with Animal Collective lilt.

I am also excited to hear the new Four Tet album, Kieran always draws on so many different and great influences I think that could be a really good album and surprise a lot of people.

The Andrew Bird album again out in January is something I look forward to. You can see him play new material from this and more on the 20th and 21st of November at St Giles Church in London.

Perhaps Radiohead will release something in 09, probably towards the end of the year. So fingers crossed on that and also perhaps more likely and excitingly Battles may be back as well. Tyondai Braxton from Battles will most certainly have his solo record out in '09 on Warp - I hear it has moments of classical strings, his unique beat boxing / singing style and layers of guitars.

And I am keen to hear how Florence and the Machine and James (Simian Mobile Disco / Klaxons / Arctic Monkeys) Ford get on with Florence's debut album. I think it could be a really interesting pop album drawing upon so many different influences and ideas.

And then there must be new albums from Antony and the Johnsons, Guns and Roses, Ian Brown, Bat For Lashes... So lots to listen to and get excited about in 2009.

Planning EYOE shows for early 09 one being a Fence Collective night in February with King Creosote and friends at Bethnal Green working mens club, London. Of course Field Day on Saturday 1st of August in Victoria Park, London and also the Underage Festival on Sunday 2nd August 2009. I'm also co-programming the Somerset House series in July and have some very exciting acts in the running for that. And last but not least putting together an event that celebrates the life, work and music of Moondog in May at the Barbican.