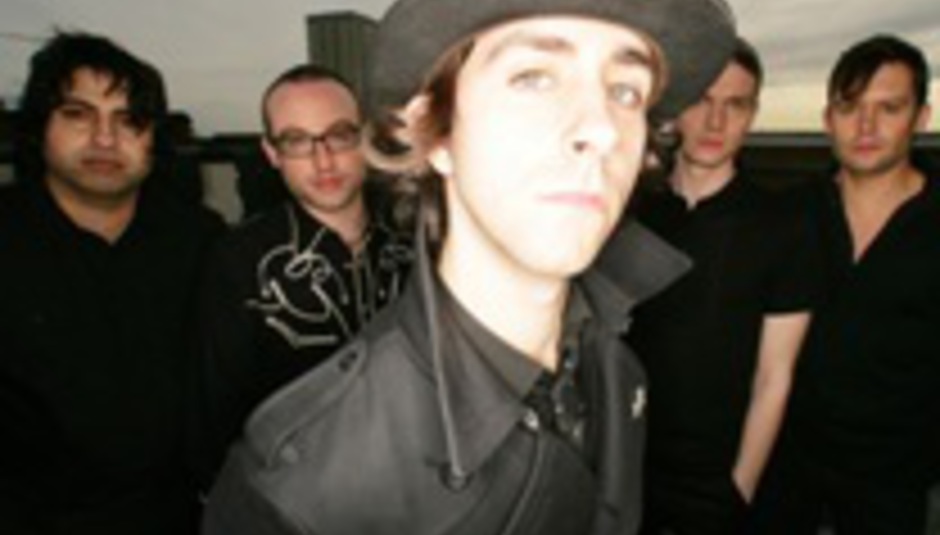 All told, the north of England isn't too pleasant a place to be this time of year, so who can blame Maximo Park for decamping to Los Angeles for the recording of their third album? Not us, particularly when they were afforded the chance to work with one Nick Launay, the man behind records by the likes of Talking Heads, Kate Bush, PiL and Nick Cave. We spoke to Maximo mainman Paul Smith about the sessions...

So how did the collaboration with Nick Launay come about?

We're all big Nick Cave fans, and Mr Launay worked on [his] last three as well as the Grinderman album, so we gave him a call. It didn't harm that he'd been in the studio with Kate Bush, PiL and, most recently, the Yeah Yeah Yeahs. Most importantly, he loved the songs and understood where we were coming from when we initially spoke to him.

I understand you recorded the new songs before you found a producer. How come?

Well, we've done demos since day one. Dunc [Lloyd, guitarist]'s pretty nifty on the dials after learning sound engineering before we got together. It's really helped us get our ideas down onto disc so we can evaluate it and, to be honest, it's just fun to have a copy of a song to get excited about! For this album, we crafted our own makeshift studio in Newcastle so that we didn't have to rely on anyone else, which took a bit of time. Once we were in there, we wrote a new batch of songs and played them over and over so they were ready for the album.

How do you feel your sound has evolved between this and the last album?

I think we've learned lessons from each of the other two records, as you'd expect. There's a buoyant, uplifting quality combined with a live rawness that gives us a fresh sound. The basic tracks were created a lot more spontaneously than ever before, but having worked hard on the arrangements, they still sound like a tight band. We wanted to make three pop records that had their own distinct atmosphere, which I think we've achieved. It would be dull to repeat ourselves, but there's a melodic, emotional element that remains our own.

Launay's described it as being a "dance record" - does that mean you've ditched the guitars and melodies in favour of copious amounts of bass?!

Nope. It's still rock 'n' roll to me, as Billy Joel once said! There are, however, copious amounts of bass, which is as it should be. I think it's a record you could dance to, in the same way that I dance to Talking Heads or The Smiths if I'm in a disco. Or my front room. Alternatively, you can pop it on your headphones and enjoy it because it has a dreamy element that comes in and out as you listen.

After cracking the Top Ten with 'Our Velocity', did you feel under any pressure to write another hit single? Do you think there's anything with the potential to repeat that success on the new album?

No way - we had no idea it would reach the Top Ten. We make music due to an internal drive to create something out of nothing. We aim to please ourselves initially and then if we think it'll please our mates, then we put it out. After all, it'd be impossible to pinpoint what people like about our songs - some may love the beat, whereas others may like the lyrics, and so on. I have no idea what people will make of the new stuff, but I can tell you there are songs that have the visceral quality of 'Our Velocity' alongside certain other sonic departures...

Any progress with the title? Are there any in contention, or is it a closely guarded secret?

There are a few contenders. The last two were culled from the lyrics, so it's safe to assume this one will be lurking in there somewhere. We're going to meet up tomorrow so maybe we'll make a decision then - you were too early, sorry!