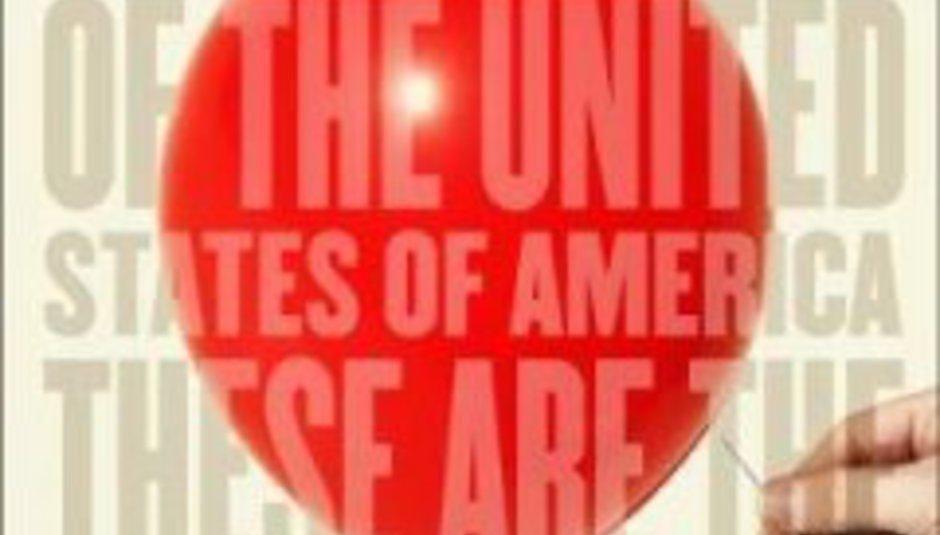 The US Presidential Elections: A Musical Timeline

The US Presidential Elections: A Musical Timeline

Unbelievably, the US elections are finally happening on Tuesday. Though it feels like they've been forever coming, it was in fact only sometime around the dawn of the Mesozoic era that Obama, Clinton and probably some other people first squared up to each other in a bid to clinch the Democratic nomination. So era-defining, epic and above all long was the eventual showdown between Hillary and Barack that many of us foreigners would have been happy if our American cousins had sacked off the rest of the democratic process (hey, it worked in 2000) and just declared Obama king of the world then and there. Instead, it's been month after month of the usual demented rhetoric, illogical arguments and wearyingly splenetic tussles for the middle ground, sanity only restored when the global economy mercifully collapsed. Still, at least we've had some music on the way: on the eve of an election that's fired the imagination of musicians and the young like none before it, DiS looks back at some on the musical, um, highs of the last year and a half.

Back in July 2007, this amply-proportioned young lady became an internet phenomenon by strutting around wearing not many clothes and lip-synching to a horrible RnB ballad about how totally awesome Obama was. At the time it was quite entertaining - this wasn't the traditional manner of bigging up a candidate - but rest assured the billion or so follow up vids rapidly sucked out the fun.

Scant days after Obama Girl increased one Democratic candidate's support with the nerd demographic, the Clintons did the same with this send up of the final scene of The Sopranos. Apparently it's quite amusing, if you can be bothered to sit through six seasons of a fat mobster grumbling to a psychiatrist so you understand what's actually being spoofed. Sadly the point was not to show off Bill'n'Hill's thespian prowess, but to announce that Hillary's idiot supporters had voted an obscure Celine Dion song to be her campaign theme. Still, at least they're playing Journey in the background, eh?

Taking some time out from watching his solo album flop, Black Eyed Peas frontman will.i.am caught Obama's New Hampshire primary concession speech, given after the Chicago senator's whupping at the hands of Clinton. So inspiring was Obama's way of saying "we'll 'ave ya next time" that will.i.am set it to music, with him and some celebrity mates sort of half-singing over it. Et voila: 'Yes We Can' was born, and in short order a video was made that went on to be much, much, much more popular than anything off his solo album. Terrible as 'Yes We Can' fundamentally is, it's actually bizarrely moving in a Hollywood typa way, and certainly an improvement on all other music discussed thus far. Apart from Journey.

Let's start with the Democrats. To make a poorly researched, but definitely, definitely right generalisation, every American band or artist that is any good has endorsed Obama. Most American bands and artists that are rubbish have endorsed Obama. You, dear reader, would probably endorse Obama if anybody cared what you thought. So let's move on, pausing only to watch this delightful video of Jeffrey Lewis' cartoon biopic of the great man.

As for the other team... um, yeah. Hmmm. Well, there are the nutter butters at conservativepunk.com. And, of course, there are country singers. How many country singers are supporting McCain-Palin, DiS doesn't know, but at a conservative estimate, let's call it all of them. Apart from The Dixie Chicks, if they count. Here is a quite mind-boggling clip of the current Hank Williams Jr's subtle reworking of 'Family Tradition' - his father's classic ode to the sauce - at a recent Palin rally.

Can you spot what he did there?

Ever since Bruce Springsteen got shirty with Ronald Reagan when The Gipper mistook 'Born In The USA' for a simple statement of geographical fact, the Republicans have had a long and illustrious tradition of being told off by Democrat-voting rockers for playing their music at rallies without permission. You'd think that maybe when the only tunes one is allowed are rightwing hardcore and country, a candidate might wonder if in fact there is something fundamentally sinister about his party, but that's politics, eh? McCain has thus far notched up rebukes from Van Halen, Heart, Foo Fighters, Chuck Berry, Abba and John Cougar Mellencamp, and was even slapped down when he tried to use the theme from Rocky. Predictably, Obama has had no such problems, though he did in fact have to disown one of his own supporters after Ludacris' pro-Obama 'Politics As Usual' caused some controversy. Word was unclear over whether the issue was the line "McCain don't belong in any chair unless he's paralyzed" or the bit where 'Cris suggested himself for VP.

Showing just how prurient the electoral process has become, McCain and Obama both offered Blender magazine a sneak peek at their favourite songs back in August. Obama's was obviously cooler, albeit in a stupendously boring, clearly politically motivated way: The 'Stones, Nina Simone and Springsteen for the babyboomers, Kanye West and The Fugees for the youth vote, U2 for, er, U2 fans, and 'Yes We Can' for narcissistic jollies.

Persuading the public that McCain was a fan of glitchcore was never going to work, but you'd think he'd have been a wee bit cynical with his choices, shoving in some macho 70s rock or something. Nope – his list rather sweetly confirmed that a) he's really, really old (The Platters and Dooley Wilson, anyone?) and b) he really, really likes Abba, his list boasting both 'Dancing Queen' and 'Take A Chance On Me'. Thinking of how upset the genuine fan must have been when the Swedes denied him use of their music almost makes you feel sorry for the old fella. If it wasn't for that whole 'if he gets in he'll probably blow up the world' thing. Ominously, neither candidate chose any Journey.

Good songs inspired by the election

Just joking. Though is it a surprise that for all the musical muscle Obama in particular has behind him, this heavily charged year and a half doesn't appear to have inspired one genuinely good song? Or have we missed something? What do you think?