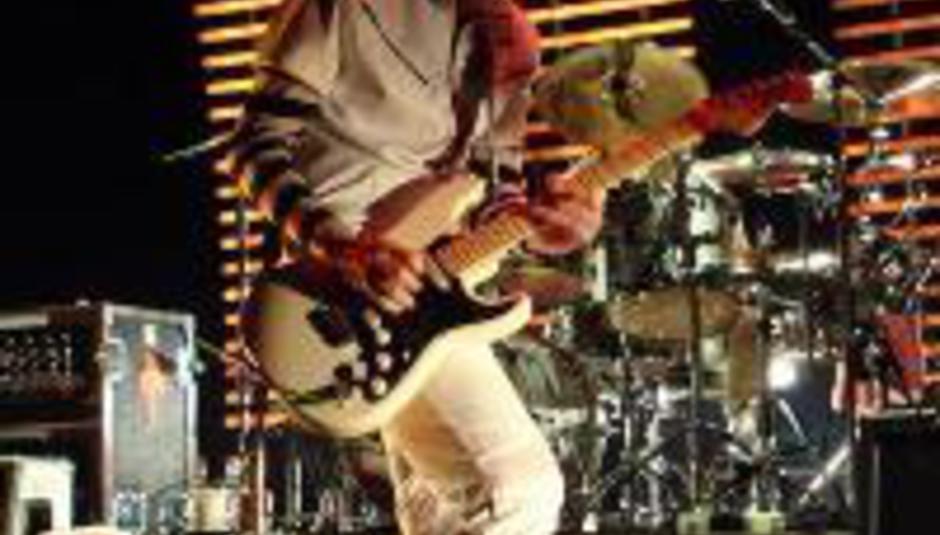 DiS is, to say the least, pretty damn excited: tomorrow (tomorrow, in this case, being May 31, 2007) we fly to Barcelona for the annual Primavera Sound festival, which runs from May 31 ‘til June 2… ish (that’s only the main days – further acts perform before and afterwards). The bill is literally a perfect who’s who of our favourite bands – some returning heroes, some breaking-through young bucks. Feel our sweaty skin, do – we are that excited.

Previewing Primavera is a near impossible task – the festival stretches across more stages than most music industry employees will have had hot dinners in the past month, and the array of talent on offer is staggering. You want to rock your socks off to some retro-swagger punk? Black Lips are out and about and more than happy to provide the necessary filth. You want to regress to a child-like state and recall the days when seven-minute noodles sound-tracked your exam leave? Slint are in town, performing Spiderland. Oh, and did we mention that a certain Billy Corgan’s on the bill, too, with his band of ‘90s pop-rock behemoths.

Here, we present a quick point-and-click guide to the acts we are most looking forward to catching while we’re out there, providing we don’t get sunburnt on the first day and spend the rest of our time in Spain peeling skin from each other’s shoulder blades while complaining that Comets On Fire are, y’know, too loud. Yeah, right.

The Melvins (performing Houdini)
@ Estrella Damm, Thursday May 31
You need this one explaining to you, really? Houdini is the sludge-grungers’ masterpiece, a skull-rattling exercise in excessive bombast and crunchy riffs. Although it’s one of the bands more accessible records, that adjective really needs some inverted commas about its frame – everything being relative, Houdini is no Stoner Witch, but it’s one hell of a freaky ride. With its popularity increased at the time due to involvement from a certain now-very-dead grunge icon, Houdini continues to win new admirers, and this Primavera show is the perfect place for absolute beginners to get swept away by the rush of a Melvins live show. Strap yourself down or prepare for a rough time…
MySpace


Beirut
@ Rockdelux by Fryday’s Project, Saturday June 1
Zach Condon’s Beirut continues to grow in both on-stage confidence and critical acclaim – with a new single, ‘Elephant Gun’, on the horizon (watch the video here), and many high-profile festival slots booked, including a set at Glastonbury, his profile is sure to rise higher and higher. Will it peak before the year is out? We think not – a second LP, the follow-up to the much-adored Gulag Orkestar, is reportedly out in October through 4AD, and it’s expected to be just another feather in Condon’s already groaning under the weight of so many positives hat.
MySpace


Smashing Pumpkins
@ Estrella Damm, Thursday May 31
Straight after The Melvins come Billy’s not-so-merry men, fresh of face (i.e. utterly new to most onlookers) but bearing material of substantial brunt and nostalgic resonance. Songs from the days of Siamese Dream haven’t faded in the slightest, and this performance comes just days after a rapturously received set in Paris – read the DiS review of that event here. New material is sure to feature prominently, even though the band are pencilled in to play for only just over an hour – in Paris they played for almost three, apparently – and as a curtain-up for the new Zeitgeist LP, this promises to be something very special indeed.
MySpace


Girl Talk
@ CD Drome by Vueling, Thursday May 31
This Pittsburgh dance duo are turning heads wherever they roll – their recent remix of Grizzly Bear’s ‘Knife’ makes precisely no sense whatsoever, yet strangely and very immediately worms its way into your brain… and subsequently down to your dancing tip-toes. Expect Barcelona’s most hip and happening young and beautiful to be shaking it some to their hip-hop-infused beats come 3am on Friday morning. The party doesn’t end around said parts, we fear…
MySpace


Isis
@ ATP Stage, Saturday June 2
We saw them at ATP earlier this month and they very almost ended our daze – never has a band had a more sobering effect on the inebriated attendees before their mighty metal than Isis, through pure volume and rage alone. If anger truly is a gift, then the on-stage Isis must be quite the spoilt children; of course, they’re not really nasty in real life… but their fantasy worlds conjured through the most inspirational instrumental rock around are far more fun places to roll about within that the grey days of modernity’s everyday existence. Bah to boredom: rock out with Isis and you’ll be seeing stars for hours.
MySpace

To say there’s way more going on over the next few days in Spain is an unforgivable understatement – just click here to see the line-up in full (Spank Rock have, sadly, had to pull out), and here to visit the official Primavera Sound website.