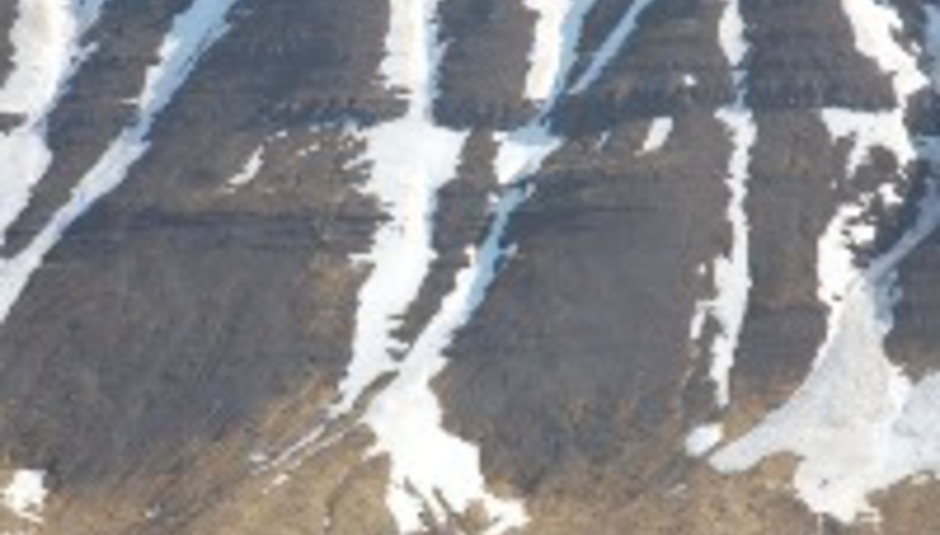 “I know,” said Mugison to his dad, Papamugs, over a beer in London one day. “Let’s start a grand music festival in our tiny 4,000-person town, set in a remote corner of northwest Iceland, where we bring up some of our pop star pals from Reykjavik, maybe one or two international bands, and have them support the local acts, who happen to be rather good.”

That’s not an actual transcript of the conversation between Icelandic music maverick Mugison and his pops – but it’s close. And it gives an idea of the spontaneous and perhaps unlikely essence of Iceland’s most recent - and most unpronounceable - music event: Aldrei fór ég sudur.

The name – abbreviated to AFS for by those untrained in the mystical arts of the Icelandic language - means “never went south”, and is a tribute to Icelandic protest-singer-turned-pop-star Bubbi Morthens (who released a song of the same name) as well as a celebration of the northern location of Ísafjördur - Mugison’s original hometown and the location of the festival.

After spells living in London and Reykjavik, Mugison moved back to Sudavik (a 20-minute drive from Ísafjördur) a few years ago. In quintessential Icelandic style, his semi-drunken idea quickly morphed into reality. By 2003, AFS was officially inaugurated with a line-up that included Mugison, Kitchen Motors stalwart Kira Kira, assorted Sigur Rós members playing country music, and a band fronted by legendary Icelandic troubadour Siggi Björns. Word spread fast through Iceland’s inter-fibrous music network, most of whom regarded the concept as the best thing since dried fish, since it served not only as a new excuse to party and hear great music, but also to visit Ísafjördur and the surrounding Westfjords – a highlight for anyone keen on attractive harbour towns, pulchritudinous fjords, and glorious, undisturbed nature.

As news of the “coolest community festival in the world” gathered pace, so the number of artists and acts on AFS’s schedule grew. This year, almost 40 bands were booked to play, and the organizers (Mugison; his father; a few other friends from the area) have extended the party from one to two days.


Reaching the festival involves either a lengthy drive (six to eight hours) from Reykjavik, or a short 45-minute flight, which can be heartbreakingly beautiful or utterly terrifying, depending on the weather. Whichever way the wind blows, the trip alone makes it a memorable event.

Everything in this region was - and still is - connected to fish. Papamugs, the most endearingly down-to-earth father-cum-festival-host you’re ever likely to meet, is Ísafjördur’s official harbour-master, while the festival itself takes place right on the town’s highly picturesque waterfront in a warehouse that produces wooden palettes used for – guess what? – storing fish.

Turn up a couple of days early (as we did) and you’ll see Mugison and assorted volunteers exporting said palettes from the venue and replacing them with music equipment, lighting rigs and essential festie provisions like hot dogs, fish soup and beer. Not all the palettes are removed though; some prove useful for building the stage.

The community nature of the event, emphasized by a multi-generational audience, doesn’t seem to inhibit the famous twin Icelandic traits of musical diversity or leftfield exhibitionism whatsoever. One of the many democratic aspects of ADF – aside from the fact that there is no entry fee and none of the artists get paid (though they do get food and accommodation, plus flights courtesy of sponsors Iceland Air) – is that every act, whether unknown or globally acclaimed, get the same amount of time on stage, which amounts to roughly 30 minutes.

All apart from New York’s Blonde Redhead that is, who take an eon to warm up, sing with their backs to the audience and then complain about the quality of the equipment. 10/10 for turning up and playing a visceral (if short) set guys, but surely you must have known before you came that this was not going to be the Knitting Factory.

By midnight it’s all over, and any sins are forgiven, as the party people head to an after-party at one of the town’s two nightclubs - the dubiously named Krusin’.

Saturday begins early, at 3pm. Frenchman Turtle Cuts (a.k.a. Charlie Vetters), and pop rockers Jan Mayen are among those warming up a small but enthusiastic audience, which gradually expands as the afternoon stretches on and snowflakes began to decorate the harbour outside.

Esja, a promising new collaboration between former Gus Gus singer Daniel Agust and Minus singer Krummi (now on guitar), make a special impact. Their catchy pop sound is professional and punchy, and sets a great, upbeat mood for the evening.

True to the Icelandic quest for visual, as well as sonic, impact, Aela – “Vomit” – arrive on stage dressed in latex nurse uniforms, plastic waders and fishnet stockings. It sounds quite raunchy until you realize they’re quite hairy males.

Their raucous pop-punk sound and blatant cheekiness prove an effective wake-up call for the moshers - who quickly return to bipedal swaying with the arrival of domestic superstar Lay Low, a coy but competent acoustic-blues singer whose songbook seems well-known – and well loved - by the audience.

Ampop pick up the pace with their sparkling brand of Beatles-esque pop-rock, paving the way for local heroes Reykjavik! who, confusingly enough, hail from Ísafjördur. This time the moshing comes from the stage itself, as the lead singer acquaints himself with the front rows in a series of death-defying leaps and kamikaze screams. Dr. Spock (pictured) are by far the most bananas band of the night, though. With a lead singer sporting a brown balaclava and suit, and flinging out pink marigolds from a bright yellow carrier bag to the accompaniment of a sound that blends a Stooges-esque energy with a Beefheart-esque ear for general insanity, their performance electrifies on all levels.

The final acts of the night re-assert the event’s musical caliber. Mugison ditches his nascent laptop experiments for a muscular rock & roll groove, and Icelandic anti-heroes Ham show they can still command respect with their nostalgic, driving ‘80s moshpit shtick.

Perhaps the most poignant moments, though, come from community sources: a brass band from the local music school called Lúdrasveit Tónlistarskólans á Ísafirdi (try saying it ten times after seven Viking beers) play a rousing cover of ‘Smoke On The Water’, while penultimate band Fjallakórinn í Önundarfirdi (warning: don’t even try this one sober) merge the compelling majesty of a huge choir with a grinding rock backbeat.

Increasingly talked about it may be, but it’s hard to imagine AFS without this community aspect. Along with the spectacular landscapes, it’s this ‘human’ element – local fishermen at the bar, babies in headphones, under-15s in the front row - that makes the event unique.

In an era of vulgar mass marketing campaigns and corporate lifestyle branding, finding authentic, non-manufactured musical communities is increasingly difficult. In that sense at least, Aldrei fór ég sudur is an inspiration for the whole world.

Read more about the festival at its official website, here; for more on Icelandic music, click here