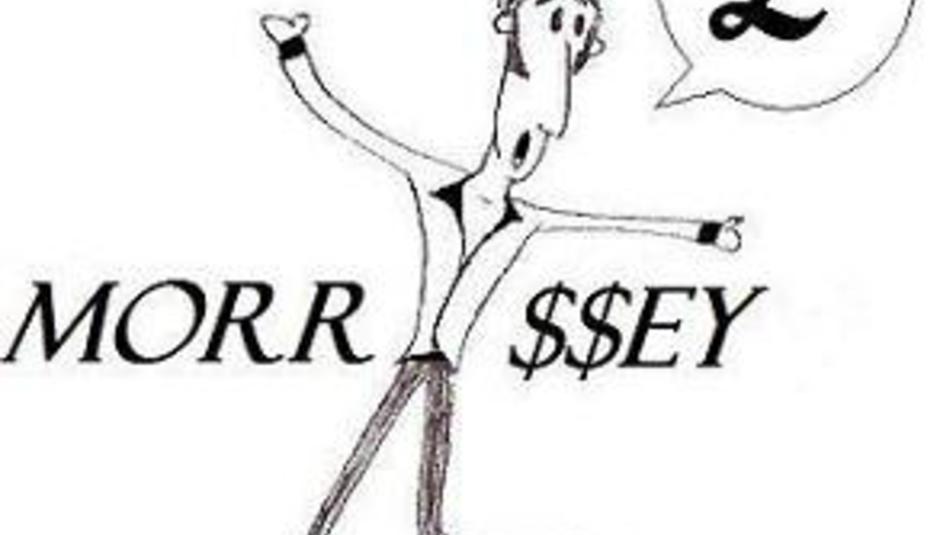 Apparently Morrissey forgot this cynicism when ‘You Are the Quarry’ was tarted up and re-released as a Deluxe Super-Dooper Edition. Or perhaps this should be expected from elder statesmen of rock, like Elvis who while being dead is still a bigger media-whore than if Jordan joined Fathers4Justice. If I hear one more of his singles I will personally travel to Graceland and daub the words “greedy”, “bastards”, and “fucking” in a certain order with letters ten feet high. Surely no-one is buying these records now other than people who use Elvis tea towels to dry their limited edition Elvis plate sets?

The Industry claims to need the money because evil downloaders are sending us all to hell quicker than you can say “three pounds for a single?!” But when they attempt to rape us with new bands like Bloc Party you can’t help but feel dirty, used and cheated. ‘Banquet’ is their next single and unless I’ve inadvertently slipped into a time machine, it’s a re-release from a band who aimed to stay artistically independent by signing to Wichita. Don’t get me wrong, the song was one of the most striking singles of 2004 and everyone with a pulse and at least one ear should hear it.

But it was a top single of last year and appears on their top three charting album, so it was hardly going to become an undiscovered cult secret, was it? There are at least four other album tracks which would have sat just as (un)suitably between McFly and Rooster on daytime playlists. Kele claims to have 22 new songs demoed so why not, y’know, like, record them and then, like uum, release them? Touring commitments are a bitch but must we be subjected to the same songs over and over and over…?

Surprisingly, including duff live versions and rubbish re-mixes of old songs as b-sides really doesn’t make loyal fans feel particularly special either. And how about not releasing albums with a bonus DVD five minutes after we’ve bought the one disc original thankyouverymuch. Bands of the quality of The Futureheads, Kasabian and The Killers - who it feels like have put out ‘Somebody Told Me’ 48 times – really should know better.

Kaiser Chiefs at least had the decency to re-record ‘Oh My God’ to make a purchase worthwhile. Honourable mention must also go to The Stone Roses for an ingenious use of Dulux in an attempt to retain artistic credibility after the ‘Sally Cinnamon’ debacle.

However, the most vitriol and flaming toilet paper should be launched at huge bands like Jet, The Dandy Warhols and erm, The Mock Turtles who re-released in the name of pimping out mobile phones. Any record released with a sticker saying “As featured on the advert of…” should by rights be rounded up, dumped in a huge pile and given the good old fashioned bonfire treatment.

Bands understandably want to get out of the toilet circuit, but please don’t defecate on your fans in the process. ‘Paint a Vulgar Picture’ indeed…